Is There A Disconnect Between The Union And The City When It Comes To What The "Teacher Evaluation System" Should Consist Of? Yes There Is! 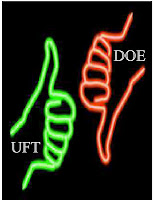 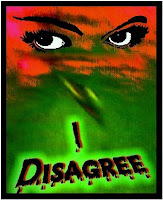 The more I read, the more I believe that there is a disconnect between the union and the City on what the final "teacher evaluation system" will consist of. A little history is necessary. The negotiations for a "teacher evaluation system" was stalled over the appeals process for teachers who were found "ineffective" two years in a row. The union wanted the present 3020-a appeals process to continue with an independent Arbitrator to determine if the teacher should be terminated while the City wanted the Chancellor to make the decision, after an internal DOE hearing. The State intervened and a compromise was reached which allows the teacher rated "ineffective" to take their case to the 3020-a Arbitrator but the burden of proof for 87% of the teachers found "ineffective" is on them to show that they are not incompetent. Poor odds indeed! However, it turns out there are some very important issues that were not resolved and it now seems both sides do not see "eye-to-eye" on the "teacher evaluation system". Let's look at some of these differences.

In the uproar of the DOE idiocy of banning 50 topics, including evolution, poverty, vacations, etc. The fact that these banned topics refer to City standardized tests. Why would you need City standardized tests if the State is giving their own tests? The answer is simple, the other 20% of "locally agreed measures" will be the "City standardized test"! Look at the DOENUTS blog for more information on this. I also recommend the assiledteacher blog as well. I guess the union's idea of "teacher directed academics " as a part of this component is not part of the DOE's.

The union and City have a real disconnect on the 29% of the objective measures of the "teacher evaluation system". The union has strongly hinted that the 29% will be based upon some form of "peer review" while the DOE wants an undefined teacher portfolio analysis who will be evaluated by the school's Administration. I have heard this DOE proposal from a "Children First Network Manager" and have no reason to disbelieve it based upon the DOE's past practices.

I am increasingly convinced that, despite the union's statements, there are some serious issues remaining and wide disagreements in what the final "teacher evaluation program" should include. Maybe it would be best to wait for Mayor Bloomberg to leave office and let the DOE fight with the SED on the possible loss of a 4% State increase for the 2013-2014 school year.
Posted by Chaz at 12:08 PM

Does this mean that if the DOE and Union don't agree on the remaining plan, teachers won't be subjected to the state's 20% next year? Does the entire assessment have to be in place for the state's plan to begin?

This would like to read the leaves behind such misinformation from both sides of the camp. The DOE trying to show how progressive, NOT, they are in regards to education.

The UFT pandering to an ever more skeptical membership that see how the DoE assembles their slaughter house/ahem, teacher evaluation process, through Andy Boy's bullying in Albany.

If the waiting, political game is on, the UFT better have a damn good hand...because it is betting its relevancy/life on such move.

THE MEMBERSHIP CAN NO LONGER AFFORD TO HAVE LOOKING HANDS IN SUCH CRUCIAL TABLES.

I can't believe that you receive so few comments on a teacher evaluation system that will affect us all.

Anonymous 4:03, this is the reason why some people in the Union leadership do some of the moves, that people like me seem to be as lunacy. Now, if there is a major debacle in the end of the road, you will see the same people who were oblivious come out of the woodwork and be surprised, outrage at what was done.

This is typical of the herd mentality most people have.

Just because we are unionized teachers, it does not preclude us from the affliction of the masses.

I invite all the readers of this blog to tune into Youtube and watch the very sad video "Save Newtown."

So you were fined $2,000 and you maintain here that you were acquitted. Now we understand why you did not post the decision. http://www.nytimes.com/2012/04/06/nyregion/found-to-have-misbehaved-but-still-teaching-in-new-york-city.html?emc=eta1
Lets see if your honest enough to publish this post. And by the way, I am not the Unity Hack.