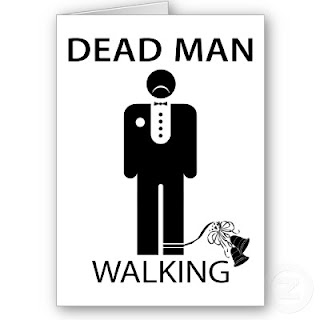 Two misguided politicians, Assemblyman Jonathan Bing from the Upper East Side and State Senator Ruben Diaz from the Bronx were asked by lobbyists from the City to sponsor a bill that would eliminate New York Civil Services protections for determining teacher layoffs by seniority and replace it with a Principal directed procedure to determine the layoffs by different means.

The New York Times reported that the seniority based layoffs will be replaced by a school committee of administrators, teachers, and parents. However, we all know that the Principal will have the ultimate decision-making authority and it will be based upon the Principal's likes and dislikes as well as the teacher's salary. Not only is this proposal "wishful thinking" but is dead on arrival.

This misguided proposal, if accepted, would start a slippery slope of eroding the State's Civil Service protections that the unions have painstakingly built upon to ensure all public employees have fair and equatable treatment. Therefore, all the State, Municipal, and Local unions will rally against this blatant erosion of Civil Service rights. As for the two misguided politicians? They should be "dead men walking" as the unions should organize a campaign against their reelection and make sure they can never win again. Not even for dogcatcher! The unions must impress upon all the Assemblymen and State Senators that there are serious consequences for sponsoring bills against Public Service employees and that should be funding their opponents and taking out ads against these politicians.

To date, Michael Mulgrew's reaction to this outrageous and dangerous proposal was Randi-like (a very bad sign). Rather than strongly condemn the proposal he was bringing up the fact that in can cause high teacher turnover and destabilize the schools like in Washington D.C. Norm Scott in ednotes online said it best in saying:

It's economics, stupid, not about quality teachers
Sure, that is the reason to oppose the bill. To stop teacher turnover. Why not make the point that if they get rid of every single teacher who makes over $70,ooo they can keep lots more teachers? And why is the DOE still advertising new jobs? It's time for the UFT to start calling a spade a spade. Call this the BloomKlein version of a "buyout." Just fire all the senior teachers and save a whole lot of money. The "fire one and keep two" plan.

I expect our union President to show these two politicians who is boss and punish them by helping them leave office as quickly as possible. Michael Mulgrew's tepid response so far is very discouraging and where is the strong rhetoric we heard before the election? I will be watching to see if Michael Mulgrew is a man of action or just a male version of Randi Weingarten.
Posted by Chaz at 5:37 PM

Mulgtrew is a political animal. He will sell us out. He was too much of a wimp to stand up to the little dictator when the election cycle came. Expect only the worst from him. If you thought that the entire vichy collaboration tone was disgusting, just wait.

WE of 20 or more years in the system are the dead men walking, not the stupid politicians. Our union has acted "stupid" also, ignoring the Taylor Law,the prohibitor of all TRUE labor activism in New York, all these years, since its inception in 1967.
In 43 years, the union never demonstrated any real opposition to this law. As a consequence of the 1975 NYC teachers' strike,the union lost dues check off for a period of time, but it was restored. In the meantime, the chapter leaders collected dues by asking for checks from members. I expect things under Mulgrew to get worse before they get better. By that time, most of my [senior teacher] colleagues and I will be retired.

It is time to rethink our endorsement process. We should start with these two soon to be ex-politicians.

We need to go to those politicians that are very supportive of the teachers and ask for their help in this matter. Carl Kruger had reprimanded Joel Klein for not doing what he was supposed to with the fundings for the schools.

Those politicians who are supportive of teachers are our allies and they should also fight to protect the teachers from the devastating budget cuts and from this insane bill.

And Ruben Diaz is no prize either. His behavior is erratic and bizarre, and he could be kissing the ass of the mayor in a last ditch effort to get someone, anyone to endorse his next run.

Although quite alarming, this IS dead in the water in Albany. No way this passes.

However, long term, what do I expect from Mulgrew? More dilution and compromise, eventually resulting in much more privatization for sure.

Supposedly, this bill is a last gasp ass-kiss by Diaz for Bloomberg.

What Bloomberg gets out of this is the formal introduction of removing seniority rights both in the public and legislative debate, and possibly in our contract talks,

It's more of the drip, drip, drip that that has turned into a river.

How times have changed. If I knew this was going to happen twenty years ago when I first started in this profession, I wouldn't have made teaching my career. Many oldtimers told me back then how great it was to have seniority rights, be able to retire at 55, keep health benefits, put money away in TDA...all guaranteed. It sounded so good that I chose security and benefits over profit. Stupid me.

Its time to start selling hotdogs. At least you have no one dictating to you. Whatever you make, its a win/win situation.

Forget the hot dogs. The "icy" guy in front of my school has it made...cash money, low overhead, and zero stress.

The rubber room deal just proves that Mulgrew will sell us out. We now can be sentenced to all day potty patrol in our schools.

Chaz you chose the correct name "STUPID POLITICIANS". I cannot believe that the politician DIAZ = the Albany trouble maker is still around. He should be sent to the nut house for his crazy behavior.