What I Want From My Union 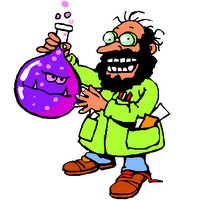 In the past year I have complained about many things that my union, the UFT, has done. Starting with the contract and ending with my attack on the clueless educrats writing articles on Edwize that have nothing to do with the classroom. However, while complaining is a time-honored way to air ones grievances when the powers-to-be are unresponsive to their members, it's time to move ahead and state what I expect from my union leaders.

It seems to me that our Union never takes the lead in bringing issues to the media. Instead they seem to respond to attacks in a defensive matter. To the general public it appears that the UFT is more interested in protecting union rights than student learning. While this is not true. Remember the preception is what counts and the DOE is winning the media war.

An example of this is the UFT failure to bring up the DOE attack on the large traditional high schools by dumping the 8+ students, special education students, and discipline problems into the schools while exempting the small schools from getting these students. Another example is the failure of the UFT to alert the media of the DOE policy that forces the schools to take back violent, overaged students released from jail so that they can terrorize the student population, rather than finding alternate settings for them.

A pro-active union is a must if we are to combat the DOE attack on the schools.

The biggest problem facing the teaching profession is that 50% of the teachers are gone by their third year. This plays well into the hands of the City and DOE since these teachers make less money, don't have pensions, and are unaware of union protections. Presently, our union works hand-in-hand to further the DOE policy by amending our contract to provide subsidies for the new teachers. The union needs to focus not on the new teachers but retaining the existing staff. Its no secret that quality teaching is associated with the 5-20 year veteran teacher and this is the group the union needs to support. Children first means a quality teacher in the classroom and retaining these teachers should be a top prority for the union.

Its no secret that class size is one of the two most important factors in student learning, the quality teacher being the other. The union must insist that a cap of no more than 25 students per class be part of the next contract. Can you imagine the outrage by the public if after the UFT media blitz the City refuses to lower class sizes? What happened to children first?

To get quality teachers you must have competitive salaries. Even after the last contract, the city teacher salaries are 15-20% lower than the average salaries in the suburbs. In fact our salaries are 10% lower than the Yonkers teachers! That is outrageous! The city is in it's best financial shape ever with a 5.5 billlion dollar surplus and an ever-climbing stock market. The union must, at a mimimum, insist on a restructuring of the teacher salary scale that rewards the mid-career quality teacher and an increase to the average surburban salary.

Under no circumstances should the union go to PERB or accept the pattern. Any official that proposes this should be voted out of office.

Under no circumstances should our negotiators allow givebacks of any kind. That includes ATR tine limits, more teaching time, and extra work. In fact, this contract should include takebacks such as the two days before Labor Day, and grievable LIF.

A 100% company match up to 3% of a person's salary would be a good starting point as a way to improve teacher retirement. Further, a commitment by the city to increase the percentage used for pension purposes from 1.67 to 2.0 for the 5-20 year veterans.

The mayor was quoted in the Times recently: "We’ve got to find some ways between now and the end of our administration to make it so compelling that the public will demand that we continue to put the interest of our students first, and the interest of the people who work in the system or benefit from getting contracts in the system last"

Your proposed agenda shows how completely wrong the Mayor is. I'm not a teacher but a parent and everything in your agenda is what I want for my kids in the system. When parents and veteran teachers are saying the same thing, it's clear that the administration is not acting in the best interest of the students. The Mayor is very sensitive to his publicity. The key is to get the message out.

Patrick is absolutely right, and that feeds right into the main point--that this union has no handle on the media, ending up in sandbox fights with the likes of John Stossel that accomplish little or nothing.

My daughter attends a public school full of good teachers, small classes and is situated in a building that lets her and her classmates know our community cares about education.

Too bad Bloomie won't try that.

That's an incredible quote, by the way. You'd think the kids were never going to grow up and have to work.

I am glad that you see the connection between small classes, quality teachers with competitive salaries, and strict student discipline codes with student learning. it's too bad the UFT doesn't hit the Bloomberg administration hard with a media blitz. However, my union seems more concerned with Darfur, Mexican protests, and holiday parades.

Hopefully, many of my collegues will do the right thing and vote in classroom based leaders and kick out Randi and her lawyer friends.

It must be rough to have to write Edwize and NY Teacher. You have to pretend your inaction has nothing whatsoever to do with the state of teachers and students in New York City and blame everyone else. You have to bemoan the lack of freedom and democracy in other parts of the world while trying to maintain the preposterous illusion it exists within the UFT.