What Does The Teacher Retention Satistics Show? 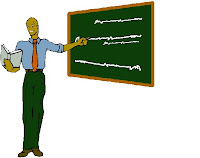 According to the union over 4,600 teachers resigned over the last year. This is double the resignations of the previous years. These resignations do not include retirements or firing's! Why are so many NYC teachers quitting the profession despite a 40% increase in teacher pay since 2002?

Could it be the overcrowded classrooms? How about the extra classroom duties like a sixth period? Or maybe it is the overall disrespect of teachers by the administration? Possibly the reluctance of teachers to discipline or interact with students for fear of being assigned to a "rubber room" (which went from 315 in March 2005 to 757 by June of 2007). while a biased and one-sided investigation is conducted on the poor teacher. In reality its a combination of all the factors cited above.

The doubling of teachers resigning and being assigned to the "rubber room" is no coincidence. The life of a New York City classroom teacher is becoming more and more dangerous and time-consuming. The New York City teacher does not command respect by the administration and a student's word is often believed over the teacher's. Is it any wonder why more and more teachers are resigning?

What can be done about this? Like I said previously. The union must start running ads showing how the Kleinberg administration is anti-teacher. Show how few teachers resign in the surrounding school districts and even fewer are reassigned, unless charged for a criminal activity.

It is obvious to me that the Kleinberg administration is anti-teacher (especially the older teacher) and the DOE motto should be that students lie....except about their teacher!
Posted by Chaz at 6:11 PM

No disagreement with 90%, but what can we do where we work? UFT Central should do all sorts of things, but is the union in the schools helping keep new teachers?

Your chapter probably does some nice things. Tell us?

First school I worked at did lousy things, like give newbies smaller xerox allocations.

Traveling ATR said...
This comment has been removed by the author.
9:17 PM

The 2005 contract is the real problem. However, the DOE seems to want to continue deteriorating our rights and we need the leadership to say no more!

As for the CL, mine is great. However, there is little the CL can do if the principal is out to get a teacher in this environment.