DOE Continues To Put Unqualified Non-Educators In Charge Of Education 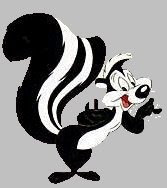 The placing of Garth Harries, with no special education credentials and now in charge of District 75 smells to high heaven and just raises suspicions that the DOE's marching orders are to reduce the cost of services to the most needy students. How this will be done I cannot say but since we are in a budget crises I'm sure Tweedy have some ideas about how to cut the District 75 budget. Already some District 75 teachers have been told by Administrators not to remind parents that their children are eligible for a mini bus. If the parent does not request one the student will be assigned a regular school bus at less cost. I suspect under Garth Harries many more cost cutting programs will be developed at the expense of the special education student.

What will happen to Special Education teachers?

Nothing surprises me anymore.

You would think the UFT would give out a press release showing how the DOE does not use educators to run the District 75 program and the consequence there of.

But of course this is SOP of the UFT.

I am so sick of the way they treat special education kids. In my school they look for every way they can exclude these kids. There are no positive behavior incentives for the kids and those that be in charge continue to blame the kids instead of putting systems into place. Last week, four Special Ed teachers were out. Usually they split the kids up, thus one teacher could have up to 16 kids in a 12 class cap class.Then to make things even worse the adminstartion called up the parents of the special education students and sent them home!! Tell me that is not against the law! One newbie spoke up and said," how can I mainstream the kids and put them in the least restricted environment when there is no room?" Good questions. I told them I was willing to get into the fight but that they would have to start the ball rolling. To top things off all paras were told to NOT call the registry when they are going to be absent, therefore leaving children with one to ones without one for the time their para is out. I hope one of these teachers stand up for the kids and files a grievance.

Special Education teachers are treated no better than their charges. In my soon to be defunct school there is no Special Education department! I wonder how mandates and IEPs are adhered to? Of course I know the answer to that question.

Bet I know the answer to that question as well.