Has A New Contract Been Negotiated With The Bloomberg Administration? 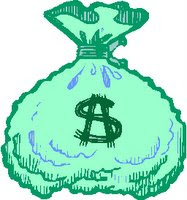 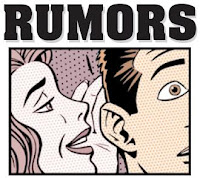 There are persistent rumors that at Wednesday's Delegate Assembly meeting a tentative contract will be presented to the delegates. This was first written about by Ed Notes Online last week who reported that the Chapter Leader meeting was suddenly replaced by the DA assembly meeting to discus the contract negotiations and in articles in Gotham Schools and the New York Times. In addition, I have always suspected that a contract was nearly complete as far back as June and I have previously posted an article about it . The broad parameters of a contract were already agreed upon between Randi Weingarten and Mike Bloomberg and it was up to the Mulgrew gang to dot the "i" and cross the "t" to finalize the contract.

It is too bad that there haven't been any leaks about what, if any, "givebacks" the union has agreed to. I assume that if there were any real "givebacks" the non-Unity factions on the 300 person negotiating committee would have leaked it out like the dissidents did in the Washington D.C. teacher negotiations. However, the damage has already been done to us in the previous contracts and that if the union does not obtain " takebacks", the situation for the teacher will only get worse. As of Friday, the New York Post said there were 1,600 ATRs still in the system, despite 1,300 vacancies not filled! This intolerable situation can be blamed on the previously negotiated contracts that eliminated seniority transfer and the placing of excessed teachers before hiring "newbie teachers". I hope the union has learned their lesson and requires that all ATRs be placed before "newbie teachers" can be hired.

As for the monetary part of the contract assume that we will be getting two 4% raises for the two years of the contract, minus the 0.58% that Randi negotiated with the Mayor to get back the two days before Labor Day. However, it is possible that the contract may be more than two years if there are additional items included in the agreement. An example of this would be enhanced health and welfare benefits, a reduction in workloads, etc. Presently, these items don't appear part of the new contract but things can change.

Finally, no matter what the new contract will say it is time for the union to become pro-active and file PERB complaints when the DOE abuses teacher due process. Under Randi that did not happen. Let's see an aggressive change in the union position on teacher rights. Time and again the UFT negotiates with the DOE and when the DOE reneges on the agreement the UFT has failed to take action. This must stop and time limits must be adhered to by all parties not just one.
Posted by Chaz at 7:42 AM

I can honestly say that the ICE people on the committee have followed the cone of silence and not leaked anything. Even though we disagree with the cone, we still felt having people there to report on the farce afterwards is better than boycotting.

wishful thinking on your part. Instead expect a total beating from the city and our dues harvesting union. Mulgrew is just the same as the amazing Randi.

What due process? Are you kidding? We have had our first, fifth and fourteenth ammendment rights trampled on since the legislature decided to allow a uft contract to supersede ny education law.

Don't be so naive.

I agree. However, it is still unsettling that contract negotiations are done secretly and has hurt the classroom teacher.

I am a realist and you are the pessimist.

FYI. I heard rumors that the DOE is sendindg letters to all the ATR teachers so they can attend a MANDATORY JOB FAIR at the PROSPECT HALL in Brooklyn on Monday 21, 2009from 1:00 PM. to 3:30 PM.
I wonder what is coming next?

That job fair is for hard to fill schools with either PINI principals, terrible student discipline problems, or communities that are undesirable.

THIS IS THE EMAIL THE DOE IS SENDING TO ALL THE ATRS FOR THE MANDATORY EVENT FOR ATRS.
WHAT IS THE UNION DOING ABOUT IT... NOTHING.

This is a reminder that the Division of Human Resources is having a mandatory event for teachers in excess on Monday, September 21st at 1PM. The letter below should have been provided to you at your Absent Teacher Reserve (ATR) site. If you have not yet received this letter, please contact the principal at your site immediately.

You are receiving this reminder because our records show that as of Monday, September 14, you are still a centrally funded excessed teacher. If you do not believe you are in excess, please email us at thsc@schools.nyc.gov so we can research the issue. Unless you hear otherwise from the Teacher Hiring Support Center or a representative from either the Integrated Service Center (ISC) or Children First Network (CFN) that works with your school, you must attend this event.

On Monday, September 21, 2009 the New York City Department of Education will be holding a mandatory recruitment fair for teachers in excess in the boroughs of Brooklyn and Staten Island. As an excessed teacher in one of these boroughs, you are required to attend this event.

The fair will be held from 1:00 PM to 4:00 PM and teachers must check in no later than 1:00 PM. You should plan to report to your assigned school at the start of the school day and then travel to the fair; your school where you are currently assigned as an ATR will be notified of your absence and you will be provided with documentation of your attendance at the recruitment fair. Lunch will not be served at the fair, but you are entitled to the contracted amount of time for lunch on your own before the fair. You will be expected to stay until the end of the school day and encouraged to stay until the end of the event at 4:00PM.

The event will take place at Grand Prospect Hall, 263 Prospect Avenue, Brooklyn, NY 11215. If you need directions to this location, please use http://hopstop.com for public transportation or http://mapquest.com for driving directions. A limited amount of free parking is available on site.

As with other recruitment events held this summer, this will be an opportunity for you to meet with school representatives regarding potential vacancies. We encourage you to treat this as you would any job interview opportunity and recommend business attire as well as that you bring 10-15 copies of your resume. Note that you will be asked for a copy of your resume upon check in so that the Division of Human Resources can provide it to schools with vacancies in your subject area if you do not find a position at this event. If you need assistance on resume writing or interviewing, resources are available at the Teacher Hiring Support Center site, http://thscnyc.org

If you have any questions regarding the recruitment fair, please contact the Teacher Hiring Support Center at thsc@schools.nyc.gov or call us at (718) 935-5822. We look forward to seeing you at the event.

Yes this really makes a lot of sense in the process of dehumanizing a senior teacher.

Let the person serve these dogs for at least 20 years. Then have the reichchancellor close the school that they made home. The reason being the charter school privatization wave.

Blame the school and close it to show the stupid voters that something is being done to "improve and reform" education, while the only thing that is being changed is the corporate profits.

Since the agenda is to wreck public education for the purpose of privatization, the task of erasing institutional memory is achieved by closing large schools and getting the older teachers working as glorified subs.

This will cause them to resign and retire, therefore freeing up low paying slots for malleable, scared new teachers.

The corporate cry of churn em and burn em is alive and well in Bloomberg's New York.

The little Mayor is the driving force for filling the pockets of his cronies.

This is the end of the largest school system on the planet. We are living in an era of pure fascism where the press is merely a propaganda outlet for the corporate elite. There is no freedom of speech. The constituents or voting public are narcotized and apathetic. Those who are awake are ridiculed and silenced. The chinese curse "May You Live In Interesting Times is upon us.

Gals
You have got to see this. Obama playing on XBox. Funniest video ever. http://bit.ly/bllhx1

Search engine Optimization
very useul, thanx a lot for this blog .. This is exactl what I was looking for.