Finally, A Teacher Sues The DOE When Falsely Accused Of Sexual Misconduct 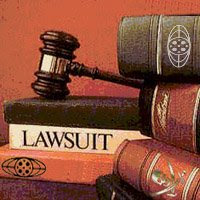 Over the eight years of Joel Klein's tenure as Chancellor of the New York City's Department Of Education (DOE) the central bureaucracy (Tweed) has seen an increase of non-educators and lawyers while employing less educators at the highest decision-making levels. The hiring of more non-educators ruining Tweed has resulted in an increasingly anti-teacher climate. Historically, the "rubber rooms" averaged about 90 teachers citywide, most accused of criminal or serious sexual offenses. However, under Joel Klein's tenure we have seen the number of "rubber room" teachers increase to about 650. Nearly a sevenfold increase!

One of the more interesting developments under Joel Klein's leadership is that once a teacher is served his or her 3020-a charges, the teacher will end up with a two year stay while the process plays out. While I am sure that the DOE can rescind 3020-a charges when the accusations are later to be found false or frivolous. I do not know of any teacher that actually had their 3020-a charges dropped. I believe that DOE's own arrogance stops them from admitting that many 3020-a charges are bogus and they rather go into the 3020-a hearing with a weak hand and practice character assassination then admit that 3020-a charges should not have been brought in the first place.

The reason that the DOE can abuse the 3020-a process is the unwillingness of the UFT to go after the DOE's abusive practices against their teachers. Once in the "rubber room" the UFT leadership washes their collective hands of the teacher. Yes, they give the teacher a NYSUT lawyer and speak of due process rights but in reality to the UFT these reassigned teachers have one foot out the door and if, by chance, survives the 3020-a process, are welcomed back as powerless ATRs. The vast increase of "rubber room" teachers would not be possible without the quiet approval of a union that believes these reassigned teachers are guilty of something. Compounding the UFT unwillingness to help the teacher with an independent investigation and adhering to the contract time lines, is the unfair and biased investigations by the DOE and their investigative agencies against the targeted teacher. I have previously complained about the corrupt investigation process that lands teachers in the "rubber room" without any recourse. It seems that finally there is a teacher who is willing to fight back.

In a NY! post, teacher Daniel Smith has filled a federal lawsuit against the DOE and SCI for illegally removing him to the "rubber room" and costing him per session money. While I do not know his full story. I hope what he claims is correct and that he wins his case against the evil twins the DOE's Office Of Legal Services and SCI. A win for him may help reduce the DOE abuse of the 3020-a process. Good luck and best wishes from all of us.
Posted by Chaz at 6:34 PM

Some of those accused of sexual abuse have not, in fact, committed any such acts.

The 2005 contract sent exactly the wrong message on this.

I certainly agree with you on this.

If I remember correctly, you tried to point this out when Leo Casey was defending this part of the contract called "probable cause".

As I understand it this teacher is still in the rubber room.
One of the typical defenses of DOE is that a teacher is not actually been harmed by his/her reassignement and therefore has no damages. As they will present it, he has the same wages, hours, and conditions as he previously had and due process dictated this temporary and permissable reassignement during a slow moving investigation.
The courts do not seem to recognize the harm inflicted by the reassignement therefore his presentations that the DOE knew or should have known that the charges were false may not be enough to win damages.
Rather than focus on the false charges DOE will focus on the lack of damage.
With any luck he has been carefully and expertly documenting any and all personal pain and suffering from the false charges.

Not tre. In Mr. Smith's case he coached and had other per session activities and lost thousands of dollars by being reassigned.

Good point about coaching and per session dollars....BUT we cannot be talking about very much money (25K?) before lawyer fees.
Don't get me wrong I am glad he is doing it and I think more falsely accused folks ought to sue.
He should go the emotional damage, medical damage and relationship damage route also. Although confidential (DOE tries to be careful about that to shield them from lawsuits), he is expected to share the false accusations with his wife and there could be damage there.

I just want to thank, once again, my selfish colleagues who supported the 2005 contract because it was "a raise". You also supported a deepening of the ATR pool and a heightening of the prosecutorial demeanor of the DOE.

I know Coach Dan Smith. I served with him in the Rubber Room. He is a gentleman and a hell of a scrabble player. I hope he gets his day in court and wins. As for me I was released from the RR without an explanation as to why I was there in the first place!

The point is that you were never charged under section 3929-a. Why the union allowed what happened to you is easily explained in my post. They abandoned you to your fate.

I have a federal lawsuit against DOE for the wrongdoings of discrimination and retaliation, the suit has been processed at the Eastern District Court for more than one year, the judge nudged towards settlement, but the City Corporate Counsel refused to budge at this time. On the other parallel proceeding of 3020a, DOE attorney offered to settle my 3020a charges on the conditions among which I drop my federal case. Is it against law to ask someone to give up his or her right to protected activities by Title VII such as filing a civil right lawsuit?

In the first place if you have filed a federal lawsuit than you have a private attorney who can and should answer that question for you.

Secondly, I am gong thru a 3020a of my own and I can tell you that a DOE settlement always includes a waiver of claims. Meaning you essentially cannot sue DOE if you sign.

Thirdly, if you 'win' your federal case it would make sense that the arbitrator would ultimately dismiss the case against you or that DOE would drop the case without a settlement agreement.

Finally...has it occurred to you that your federal case might be so strong that DOE is willing to offer YOU something to drop it.

I am not a lawyer and these are not legal opinions.

I agree with Anon 3:16 for the most part. However, I have never heard of the DOE offering the teacher money, except per session funds in exchange for the teacher resigning or retiring from the DOE.

Chaz,
Don't forget the David Pakter case. He, too, is seeking justice because of the false allegations that the principal and the AP made against him. I am waiting to hear David's verdict when he has his day in court. It should be soon.

I am hoping that both Pakter and Smith win their cases. This will definitely send a very strong message to the DoE, OSI, SCI and to the UFT!

I disagree. Even if the unlikely decision of innocent is found in both cases there are no consequences to any of the organizations.

Until the UFT becomes pro-active and starts lawsuits against the other organizations nothing will change.

Forget about winning court cases, City and DoE never let anyone win, the best you can hope for is a decent settlement which will be offered if the case is a good one.

DOE will never allow a ruling against it, or go to jury trial when it feels vulnerable as it is not about a particular case or ruling, it is all about DoE's intent to violate laws as many times as it can and get away with it. When someone declines a settlement which is deemed good to the judge, watch out, the case will be thrown out for any technicalities. People just do not win, it is a myth that justice and liberty are for all.

I challenge anyone to research and show a single case that DoE lost. If a case against DoE went to trial. it was a bad case. DoE won every time. It settles when it sees a strong case. Or the establishment will throw the case out. They are all together.

For the most part you are right, when it is in State court. However, in federal court there are a few cases where teachers have won or the DOE settled out of court. Daniel Smith is suing in Federal Court.

I did pretty thorough search on lexis-Nexis database, but have not found a single unfavorable decision against DOE.

It is quite possible that federal courts are better in that regard, but a lawsuit just does not happen and progress in isolation. There are many factors and considerations in play after the filing, almost all factors have to be overcome by plaintiffs, the litigation cost alone is overwhelming.

Justice and liberty for all is an aspiration if not a mythology, it is definitely not a reality.

I know of a case back in 2005 when a teacher was falsely accused of racial issues not only won her 3020-a case but ued in federal court and won a significant monetary sum.

Glad to hear some teacher did win, but no one can dispute that the odds are greatly in favor of DOE. For a teacher to win, it is not enough for him or her to do everything right, DOE and its lawyers have to do everything wrong. How often does that happen? Once every ten years?

The person who is negative about winning against the DOE is a negative person. I know a para legal and Teacher advocate who won 25 cases for Teachers in Federal Court and that is a lot more than the negative speaker on here seems to know about. There can be hundreds more that do not disclose their happy outcome for reasons that they are private people and want to move past the trauma and injustice. This is a waiting game and if I have to wait till I am in my grave, than I will keep my convictions as I make this my life's work, fighting for my justice. I will win,