Are Principals Hiding Vacancies? It Certainly Appears So. 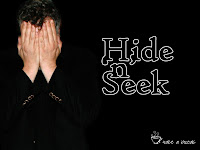 I have spoken to many ATRs and have myself gone on the Open Market Transfer System (OMTS) and was appalled by the lack of positions, especially in shortage areas. What made me suspicious was that I have a friend who is a Chapter Leader and the Principal came to him about a hard-to-fill vacancy. I looked on the OMTS and it was not listed! Now I read where Principal Ramon Gonzales of MS 223 in the South Bronx has hired four "newbie teachers", once the hiring freeze was lifted, claiming that the 40 ATRs (yes, 40) he interviewed did not meet his exacting standards (young, cheap, and untenured). How many other principals are doing the same? Now I hear many Brooklyn principals have quietly started to offer positions that appeared to be hidden during the OMTS. If true? Why didn't the union or Tweed put a stop to it?

It is just a matter of time before the citywide hiring freeze will be lifted and I will not be surprised to see many new vacancies appearing that were not available during the OMTS period and are only for "newbie teachers". Somebody (our union?) should be doing an in depth investigation on how the teacher vacancies were advertised and who filled them. I am sure the investigation will find a pattern on who was hired if they look hard enough.

The post by my fellow blogger "Accountable Talk" is a must read and further explains what may happen to the ATRs in the future. While I am more optimistic then Mr. Talk, I can't say his scenario is not possible, if unlikely. Just the fact it could happen is more about our lack of union leadership and activism and less about Tweed when it comes to the ATRs. We all know what Tweed wants but do we know what our union leadership really wants when it comes to the members?
Posted by Chaz at 11:54 AM

I'm one of those newbie teachers. The principals are not posting their openings anywhere their hiding them for people that they have wanted for a long time. For people like with little or no connections who hiring freeze really hurts.
I have a few friends who are ATRs and I sympathize with them, but I will still like a job in a NYC public school.

Union leadership? Did you see the Daily news articles today regarding the UFT firing long time writer and investigative reporter Jim Callaghan? He was escorted out by the police it is not clear if they were called to protect Callaghan or the UFT. Then a principal who held a boozed-up prom admitted to having a few belts and thinking it was all right to do so. How did the DOE react? A letter in the file and the school has to firm up its use of overtime that the principal was using to pay teachers to attend school/holiday parties.Enough said....

Don't worry, you will see many vacancies being put on the DOE website. First in the Bronx and then the other boroughs by the end of August. However, it i still not right that good teachers who are ATRs are discriminated against because of age, salary, or tenure.

How does one equate with the other?

After a 32 year career in a corporate environment, I am entering my third year in the DOE. When I was a manager, it was MANDATORY to post any vacancy I had in my department. This was a company wide policy closely enforced by the HR dept and I could not hire anyone unless the job was posted first!!! Why is this so hard to do in the DOE. If Klein is so worried about all the money being wasted on the ATR, why is he not putting his HR people to work supervising adherence to a simple policy: Every job opening must be posted or it cannot be filled. Period. And why isn't Mulgrew demanding this??? And why are the ATR people organizing and making a great deal of noise and demanding Mulgrew to advocate for these dues paying members?? Maybe he needs to call up Karen Lewis for pointers

I was just put in the ATR pool in June. I can tell you it's a jungle out there. I am an ESL teacher with 15 years experience. Of all the resumes I sent out, all the people I chatted up, all the friends I have reached out to, I have had two interviews. In one case, the principal did not even have the professionalism to let me know about his hiring decision. In another case, the teacher who interviewed me for the principal told me that his principal would never hire me. He told me there were no restrictions in hiring ESL teachers (not true yet) and that his principal was interested in someone he could "mold." So I am sure that I will remain in the ATR pool indefinitely or until I make a contact with someone out there who might give me a chance. The Open Market needs to go. It doesn't work and in the next contract a new hiring system has to be developed. (I can dream, can't I?)

Read the papers regarding the principals one who allowed the trip where the little girl drowned in Long Beach. His punishment so great that today it is reported that he re-hired the AP responsible for the trip. Or the one about the principal who had booze at a prom and paid per session to staff to attend holiday parties, his punishment a letter for file. SO do you think hiding vacancies will cause any penalty to these priviledged few?

I have three licences -- Special Educ., ESL, & Reg. Educ. I've been an ATR for 4 years. I applied to many positions and went to one interview. I bet that principals were ordered not to hire ATRs.

Chaz, this hiding of vacancies has been going on since the OTM began. In fact, I asked Michael Mendel how will we know if principals are hiding vacancies and he told me " that won't happen" IT HAS BEEN GOING ON FOR YEARS. Principal's do not post until the OTM is down . They hide positions and wait until they can put newbies in there.

So when do the ATRs take the bull by the horns and organize? It's time to empty your pockets and sue the UFT for non representation, and take class action cases against the DOE. Will you wait until it's too late and you're out in the street?