Horror Show For Some Students Due To DOE Incompetence. 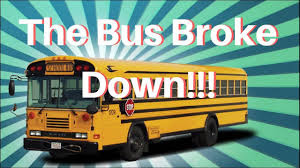 The DOE showed how bad their decision making is by waiting for children to be dropped off at their school Friday and at 9 a.m cancelled after-school programs and activities.  Too late for parents to make alternate plans. Why did the Chancellor decide so late?  Because he claimed that he was unaware until that time that 10% of the yellow bus fleet was adversely impacted by the snowstorm.  This shows that the DOE was lax in obtaining up-to-date information on the yellow bus fleet that transports students to and from school.  The DOE's lack of oversight of these bus companies must share the blame for this travesty.

In another case parent Veronica Sterling wrote the following at 9:48 pm on Thursday on Facebook.

My son is still not home from school. He was been waiting for a bus for over 4 hours. I am glad he has a wonderful staff keeping them calm, active and fed.  I normally do not tweet about things like this but I am concerned parent of a special needs child in D75

Then there is this story in the New York Post.  Finally, teachers at P.S. 128 in Washington Heights proceeded with open school night, despite the weather and teachers were forced to stay all night at the school due to hazardous weather conditions.  Why wasn't it cancelled?

More DOE incompetence and uncaring of their students and staff if you ask me.

I agree the DOE is filled with STUPID! in the case of PS 128 the staff stayed all night. I wonder how many idiot parents showed up? why didn't the principuke take a real leadership role and cancel? why didn't the sheep, worms (teachers) just leave? remember Richard Caranza
was NYShitty's 3rd or 5th choice for chancellor. it blindingly obvious that there is and always has been ALOT of STUPID in the NYCDOE!!!!!

the post that veronica sterling wrote says more about her horrible abilities as a parent. yes the DOE is flush with incompetence!

The imbecile Carranza is MUCH more interested in his "duties" as a Social Justice Warrior than any of his more academic or administrative duties---the things he actually gets paid to do, but seems to neglect in favor of sounding off about "equality" and "diversity" at every opportunity. From what I've seen, this loser couldn't organize a 10 year old's birthday party. He is sadly incompetent to be in charge of NYC schools. With reports of traffic accidents due to the horrendous weather abounding on the radio, he had every business cancelling all after-school activities Thursday in the interest of student, teacher, and parent safety. But he failed to do so, putting all those lives in danger. This sorry piece of commie garbage should be handed his pink slip with all possible speed, before he gets tarred and feathered by parents. One could only hope...

I was in one of those stupid schools that stayed open for PTC. There were near blizzard conditions at 3 PM, and it was clear that the snow wasn't changing to rain. They could have easily rescheduled the evening session. Even more appalling- a parent came up at 5 minutes to 8- I knew she was one of mine, but I didn't make eye contact, and left.

No one cared about the safety of the teachers that had to get home safe.

I did not hear from our union about this situation. Could not the union make a call to the chancellor to advocate for the teachers? Should not the union have done something no matter how small? A gesture, an announcement,an acknowledgement. Their silence is telling.

FYI, my elementary school stayed open for PTC. About 40-50 of us bailed before the evening conference.... Turns out we are all getting docked... comical. Guess there will be severe colds and illnesses for Spring conferences.

How can teachers be docked for PTC, when they never paid us to stay in the first place? I know, only in the DOE...

@9:46 the correct term is getting "dicked" why have we allowed such disrespect to keep wearing us away. the stress of being part of the DOE is very bad for our long term health!! is there anyone who can lead us to a better outcome... anyone at all, how about chaz!

The DOE is the bus.

I don't know what is worse, the DOE with its collective head up its rearend, or our Union who has stayed mum about this debacle.

The suburban districts all closed early and many were closed Friday as well. In the high schools attendance dwindled in the later class periods once it started coming down.