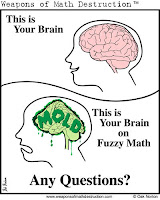 The education mayor and his sidekick, the Chancellor have done it again. They have taken a 4.5 billion dollar city budget surplus and are cutting 300 million from an already tight school budget. This budget cut is in spite of the State giving the schools additional funding. In other words, the hypocrite Mayor and Chancellor whine for more money from the State while cutting the local school budget despite a sizable surplus. If you would like, The Chancellor's budget is here.

To the casual observer, you would think that the DOE would wisely limit overhead and maximize the school budgets. However, it appears the opposite is true. Since October of 2004 the head count at Tweed increased from 1,582 to 2,350. a 67% increase at the Central Bureaucracy. Eduwonkette, has more information on the ever- increasing Central Bureaucracy at Tweed. Tweed's appetite grows larger and larger at the expense of the schools and the students. "Children Last"? you better believe it!

The most astounding information that came out of the City Council's review of the education budget was the "Fuzzy Math" that Joel Klein was using to justify the budget. When the Chancellor was giving his budget presentation, Council Member Oliver Koppel said at one point, "To tell you the truth, I don't believe you…You should hire a new accountant.” Furthermore, the chair of the Education Committee, Robert Jackson stated that "the school cuts are not 99 million dollars but was more than 180 million dollars". Just like Albany, the City Council has questioned the "Fuzzy Math" of Tweed. Here are just some of the discrepancies and lack of clarity they have found.
Finally, where does the money come from to help "Charter Schools"? It was unclear where the DOE funding was. However, in the last two years it averaged more than 100 million dollars.

In conclusion, using Tweed's "Fuzzy Math" has resulted in a misleading budget that doesn't reflect the real budget cuts. Is it an wonder that our students have not seen gains in Math education under the Kleinberg administration. Look who their role models are. The "Fuzzy Math" crowd at Tweed!

Some of the information used in this post was taken from and can be found at the New York City Public School Parents Blog.

As a respected administrator in my school who is retiring recently stated, "They all lie".

Thanks for the link and your support! Help our fight towards education reform by voting for Best Education Blog at http://www.thebestofblogs.com/2008/05/12/best-educationhomeschooling-blogvote-here/