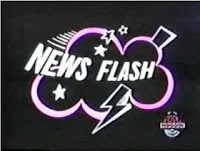 The DOE propaganda machine continues their spin on how they are improving minority student achievement. However, a national study by the Schott Foundation For Public Education has shown that the racial gap is not closing. Especially for the black male student. The New York Post reported that the percentage of black males that graduate from high school was only 32% in New York City while the white male student graduation rate was was 57%. New York City ranked a dismal 54th compared to the 67 large school districts surveyed. That means only 13 school districts ranked worse than NYC in the black male graduation rate. A quote by the president of the research group that did the study is quite telling.

"When you have a 32 percent graduation rate you're talking about the largest cadre of black male dropouts in the country - so it's a significant issue in New York."

Of course, the Kleinberg administration will tell us otherwise. They will claim that their policies are closing the racial gap and will continue to do so. I guess Tweed doesn't include black male students in their analysis. Interestingly, the research group complained about the availability and reliability of data from NYC in the footnotes of their report, when compared to the rest of the Nation. I guess when you spin statistics like Tweed does, it becomes difficult for organizations to obtain transparent and accurate data.

I would appreciate your contacting me at publication@nycap.rr.com [I edit the New York Public Personnel Law, published by the Public Employment Law Press.]