What Is A False Accusation By An Administrator? 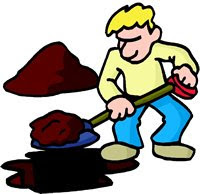 The UFT has championed the new agreement as a "win" for the teachers. However, I and many others beg to differ. This agreement is not a win for the teachers. Far from it, it's the UFT spinning it for the sake of saving face. Let's look at one of the unenforceable agreements that the UFT negotiated with the DOE, "false accusations by administrators".

One of the "wins" that the UFT claims in it's unenforceable agreement with the DOE is that the DOE will take disciplinary action against an administrator for knowingly making a "false accusation" against a teacher. Sounds good. Finally, the DOE will take action against administrators that make "false allegations". Right? Wrong! The key world here is knowingly! The DOE regulations state that a complainant made in "good faith" even if found to be unsubstantiated, will not be considered a "false accusation". To prove a knowingly "false accusation" is nearly impossible, based upon the DOE regulations. Let's take a couple of examples on why this is true. Note: The three cases below are a composite of various cases told to me and are not actual cases.

Example 1: A very popular teacher who also is not well-liked by an administrator, due to personal reasons, is taken out of the classroom as rumors circulate that the teacher is having an inappropriate relationship with a student. After an SCI investigation the rumor is unsubstantiated and a year later the teacher is sent back to the school. Is this a "false accusation"? The answer is no. According to the DOE regulations the Principal acted in "good faith" and is not subject to disciplinary action.

Example 2: An administrator claimed that she was informed by a parent that a teacher grabbed her child by the shoulders and arm and roughly pushed her into the seat. OSI investigated the alleged incident and could not substantiate the complaint. In fact, the student stated that all the teacher did was touch her shoulder and told her "to be quiet". The parent was interviewed and stated that I told the administrator that I would appreciate it if you tell the teacher not to embarrass my child in front of other children. Is this a "false allegation"? Of course not, just because the administrator may have twisted, perverted, and embellished the action, the incident still happened. Hence, it is not a knowingly a "false accusation".

Example 3: A student was sexually abused by a former boyfriend outside the school grounds and complained to an administrator about it. The administrator, after talking to the parent, decided not to report the incident. The student then told a teacher who followed procedures and reported it to guidance which reported it to ACS and NYPD. The administrator retaliated against the teacher, accussing the teacher of inappropriate behavior with students and had the teacher removed, pending an SCI investigation. Is this a "false accusation"? Not a chance, even if SCI cannot substantiate the accusation their report will give the complainant enough "wiggle room" so as not to cite the administrator of making a "false accusation". The key word is "knowingly". How do you prove this? The answer you can't. The result? Don't hold your breath waiting for the DOE to discipline administrators.


My opinion of thie UFT/DOE agreement?Take this agreement and shove it!

It's easy to know whether or not the administrators made false accusations knowingly. All you have to do is read the minds of your subjects.

Excuse me as I may be getting off track, but your post has got me thinking...If I get pulled over in another country for driving on the wrong side of the street, would ignorance be an acceptable excuse? After all, I didn't know the rules. Most probably not!

If a new teacher arrives at the wrong time because she "didn't know" the schedule of the school would that be acceptable? She should absolutely make it her business to know the rules even if she is new- right? This infraction would be considered 100% inexcuseable and would probably earn her a one way trip to the RR.

Is ignorance considered acceptable?
If an new administrator 'admits' they "didn't know" or wasn't aware of a rule and it disables a teacher from protecting her students, is that a knowingly acceptable false accusation? Sorry...I just had to ask.

Will any administrator be disciplined as per this agreement?
No, do not hold your breath.

I think it is next to impossible to get an administrator on "false accusations". As for ignorance being excusable? Only if the administrator likes you.

My old principal was the king of false accusations. The second year I was teaching, he summoned me to a disciplinary hearing. Knowing that the CL was in bed (literally) with him, I asked the union delegate, a radical New Action guy (I wasn't too savvy on union issues then, but I knew I liked him) to sit in with me for the hearing. The principal asked me if I knew why I was there. I told him no. He told me I had been accused of being a racist. The delegate asked him what exactly was said, when, and to whom I supposedly said or did something racist. The principal said, "I can't tell you, it's confidential". The delegate stood up and said, "This meeting is over"- and I never heard another thing about it.

Fast forward 5 years- the principal is removed on charges of sexual harassment and misappropriation of funds. Probably one of the few times one of them acting got what was coming to them.

Example 2 is only too real.My former colleague put a child who had run out twice in her seat when she attempted it a 3rd time. The principal got the parent to call the cops and 5 came to the school and took her out in handcuffs - after 22 years without an incident. Even the cops knew this was weird and that evening let her go, with the lead cop saying it was bullshit. I spoke to him and he confirmed this. Yet the teacher has been in the RR for a year and a half and is facing 3020.

What this principal did is criminal as far as I am concerned. But her husband works for Bloomberg so nothing will ever happen.

Here's a link to an article from The Chief.
http://ednotesonline.blogspot.com/2007/04/tales-from-rubber-room-kathy-blythe.htm

What are you going to do to a principal who fabricates, then trumps up charges against a teacher? anyone knows what to do?
Please help!