Why Didn't The UFT Demand An Independent Investigation For Alleged Teacher Misconduct? 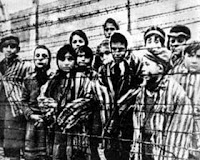 The UFT spin machine is at it again as they proclaim in their propaganda rag, The New York Teacher, about how they won a great victory for the "rubber room" teachers. I have already commented on this phony UFT victory here. However, what was wanted by all teachers was a truly independent investigation procedure. Presently, all investigations are done by SCI, OSI, and the principal. In all cases the investigators either work for and are paid by the DOE. They assume that the teacher is guilty and their job is to get enough evidence to embellish, pervert, or to change the information to substantiate the alleged misconduct. Regardless of guilt or innocence, the teacher is removed from the classroom and is unable to defend his or herself as the DOE investigators interview potential witnesses against the teacher. How fair is this? Not fair at all! The collateral damage done to the students while the DOE "witch hunt" against the teacher goes on is well known.

What the UFT should have demanded is an independent investigator, that is paid by both sides, to interview the teacher and witnesses at the school to determine if the teacher should be removed. This is a much fairer way and eliminates the need for many of the 3020-a hearings that cost the DOE money, the students their teacher, and the teacher his or her reputation. However, we are talking about Joel Klein's anti-teacher DOE and Randi Weingarten's uncaring UFT. I'm not holding my breath for a fair and impartial investigation process to appear in the near future, not with these two clowns running the show!
Posted by Chaz at 8:54 PM

...and the trick for us in the rubber rooms is to hold on, take the pain and fight back to the best of our ablilities. You have nothing to lose by fighting back and everything if you don't.

The UFT could and should also bring forth numerous Improper Practice charges against administrators. Under the CBA and State Education Law, IP Charges can be brought to PERB(Public Employee Relations Board), If they went this route the DOE would insist that administrators curtail their misuse of filing charges. Members would therefore have their rights not only protected, but, force the employer to answer charges. Think of it as a counter suit. No charge to the member as NYSUT attorneys must be provided by the UFT. A much improved avenue for our dues/cope money. members would appreciate.

Why is Randy letter us drown? This is just Another sad factor that supports our certain return to the Rubber room in September.

The real reason for not having an independent investigation is that the true aim of both entities would not be realized.

It is rather obvious that the aims of both the UFT and the DoE is to get rid of senior teachers.

The two for one axiom is what motivates this sadism. Not to mention that the people who perpetrate this act are true sadists and this is what gets them off.

Lets examine the complete erosion of teachers rights as pertains to 3020a law under the last two punishing contracts.

Were the teachers informed by the union salespeople that they were going to be losing protections guaranteed them under state law?
Was it ever presented that the right to a 3 arbitrator panel was glossed over and abrogated in the last two contracts?

Were the faithful dues paying teachers ever informed that a teacher in New York City could now be suspended without pay for lesser "transgressions" than provided for in State Law? Those transgressions would be conviction or a guilty pleading to a felony. Nothing less!

Were the teachers ever made aware of the fact that no other school system in the entire state had bargained away their due process rights under state law and the US constitution in the last two contracts?

These are a few of the reasons for not allowing a fair and independent investigation of teachers who have been sent to the rubber room prisons.

Erasing institutional memory is another objective of the Bloom Klein Reich.

Who wants those annoying pesky "old" and expensive teachers who can actually do the job well, and have been teaching for decades longer than the new shake-n-bake hitler youth maladminstrators