The SCI Investigation Of Teachers Is Almost Always One-Sided And Biased. Especially When The Principal Pushes It! 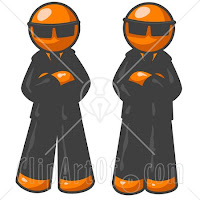 One of the more serious investigations conducted on teachers, short of police detectives coming to arrest you, is a group of ex-police detectives hired by the Special Commissioner of Investigations (SCI) to investigate teacher and administrator misconduct that could lead to criminal charges but in many cases don't. These investigators are usually brought in when an accusation is made of serious misconduct. These investigators have the power to arrest the school employee and in a few cases do just that. However, in many cases SCI is called in by the Principal, who may rightly or wrongly suspect that an employee committed serious misconduct. Unfortunately, the Principal can also use SCI's services when they target a teacher and falsely claim that teacher committed major misconduct.

One of the first questions SCI asks the Principal is how he/she feels about the employee. If the Principal does not like the employee, you better believe that SCI will go out of their way to substantiate even the most minor incident as a cause for termination. The SCI investigators assume teacher guilt and their job is to to collect enough evidence to substantiate their assumption. No matter how flimsy or ridiculous the evidence is.

Important: "If two people in suits ask to speak to you, do not speak to them, Ask for their business card and contact your Chapter Leader who will arrange for a lawyer to represent you"!

Once SCI substantiates even the most frivolous charge, assuming the Principal wants you out, expect their recommendation to be termination and you will be removed to the Teacher Reassignment Center, commonly known as the "rubber room". In almost all cases the DOE will file 3020-a charges and in an unwritten agreement between Joel Klein and Richard Condon of SCI, no settlements can be made. Only teacher resignations or retirements are allowed. Therefore, the accused teacher will need to go through the entire 3020-a hearing that can take up to three years to complete between the time the teacher is removed until a decision is made by the arbitrator.The good news is that the 3020-a arbitrators are aware of how SCI conducts their investigations and require DOE to provide witnesses and other evidence to determine the innocence or guilt of the teacher. The bad news, if SCI substantiates anything of a sexual nature, even if there wasn't anything sexual, the teacher could face a "probable cause" hearing and a 60 to 90 day unpaid suspension, without health or welfare benefits.

The SCI investigation is a serious thing and is usually unfair and biased against the teacher. However, in many cases they embellish, twist, pervert, or even invent incidents in their zeal to prove teacher guilt. This may lead to SCI's own undoing at the 3020-a hearing, where real evidence and witnesses are required. So if you are innocent, don't despair, the truth always comes out at the end.
Posted by Chaz at 5:34 PM

Chaz: There are innocent people in jail!

Thanks for this post. Every teacher in the system should read it. I would like to ask your permission to repost it on my blog which is followed by my cowardly fellow teachers at my school who either don't wanna know that things like this exist or believe that what has happen to me can not happen to them.

Go right ahead. All teachers should know this.

Chaz, I am wondering..can a principal call in the goon squad if another UFT member makes an allegation? Do the allegations have to come from a students? What if someone reports that a tenured teacher is on drugs, can this warrant a teacher to be subjected to these goons? Or does a tenured teacher have to be arrested before SCI is called? Are they only called in matters of a sexual allegation? SCARY INDEED!

The answer is not simple. If the Principal accuses the teacher of anything sexual...Student, teacher, aide, etc. SCI is called. SCI is also called if a teacher is arrested for any felony. However, if it is a DWI or drug charge and is pled down to a mon-felony, SCI usually does not get i8nvolved.

I know of cases where SCI was called in on issues such as verbal threats to administrators, misappropriating funds, and theft of service issues that did not result in criminal charges.

I agree they are goons, biased goons out to get the teacher.

Is every teacher innocent when an allegation is made? Is that what we should presume and hold to firmly?

Unless the teacher is arrested, the teacher should be presumed innocent for the purpose of removing the teacher from the classroom.

At the very least a truly independent investigation by an investigator picked by both sides to determine if the accused teacher should be removed from the classroom.

Chaz, thank you for the post. You are always right on target. However, my principal is trying to deny me the right of a 3020a hearing because she knows that I will probably win.
Yes, Justice, you are 100% correct in every sense. I am living proof of this one sided biased investigation. My fellow teachers have chosen to close their eyes to what easily and most probably will happen to them.

P.S. I believe that a UFT member cannot make allegations against another UFT member but don't take my word for it.

Sorry, you are wrong about teacher allegations. I know of one who was removed for threatening another teacher ( female to female).

As for being found innocent. Not many teachers are in the 3020-a process. The latest statistics was published by the Village Voice in 2006 and they found 8 out of 200 were found innocent. Of course that includes settlements and resignations.

You have to express more your opinion to attract more readers, because just a video or plain text without any personal approach is not that valuable. But it is just form my point of view

I am in the process of a 3020-a investigation. I'm awaiting a hearing with an attorney. I've heard that the arbitrator has to go 50 / 50 for both sides? Does anybody have any experience with this? My situation is very unique related to a "new media" acquisition.
Any comments would be greatly appreciated.

In June of 2013, I had two SCI Investigators come and visit me about an Anonymous compliant. They showed me a type written letter with no name on it and said they investigate all anonymous tips. I took the letter photographed it with my camera phone. I then asked why my SCI Case# 20121786 for harassment and retaliation against my principal was never brought to light considering I put my name on the compliant. Oddly enough they left and the charges were unsubstantiated.
Check out my blog http://www.mcsminmywords.wordpress.com