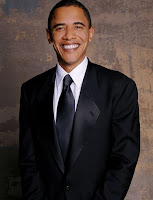 News reports have said that New York City Chancellor, Joel Klein, is on the short list for Secretary of Education. This is a terrible choice since Joel Klein has shown that his tenure as the Chancellor of the New York City Public Schools have been a disaster for the students, parents, and teachers of the school system.

Under Chancellor Klein's phony school reforms the New York City Public Schools have seen little change in student achievement when the gold standard of testing, the NAEP is used. In addition, there has been a decline in SAT scores at the High School level and continued overcrowding of classrooms despite State mandates to reduce class size.. Furthermore, parent involvement in the process is almost non-existent as Klein has made parent organizations impotent. Finally, Joel Klein's deliberate policy of encouraging temporary and inexperienced teachers to be hired by Principals under the "fair student funding" formula has resulted in 1400 ATRs, mostly veteran teachers, are wasted on non-classroom duties, while the students must be taught by teachers that have not mastered either the classroom management or the curriculum.

In Joel Klein's administration there are only two long-term educators out of a staff of 20 that surrounds him. Furthermore, he has developed a "leadership Academy" for Principals and many of them get schools with little or no classroom experience. Moreover, under Joel Klein's leadership we have seen the destruction of the large traditional academic schools, with a variety of programs and activities into small and charter schools, with limited programs and high teacher turnover.

In conclusion, Barak Obama please do not select a non-educator like Joel Klein as your Secretary of State. He has demonstrated that he does not respect teachers, ignores parent organizations, and has not shown improvement in student achievement, while maintaining overcrowded classrooms during his tenure as Chancellor of thew New York City Public Schools.
Posted by Chaz at 10:12 PM

I jsut sent a similar letter to Obama.

I voted for you for CHANGE and Klein is not that.

At the risk of making a very unpopular statement- Obama is showing some very poor judgement already in some of his cabinet picks and the names being suggested for department heads. Caroline Kennedy? John Corzine? Joel Klein? I also understand that Michelle Rhee's name is on his short list for Education Secretary.

Have faith this story was put out there by the PR machine of Tweed and circulated by the Post and the other rags. Believe it or not I still have faith. I still believe in fighting the good fight!

I first heard this rumor back in September and it gave me pause in voting for Obama. However, I was assured by many that Obama would listen to the teachers' union and select somebody acceptable to them. I hope they are correct.

Obama should be listening to the teachers, not the teachers' union. This union does not speak for me; I sent my letter to Obama yesterday.

UFT leadership is nothing but a group of self-serving people who care very little about the teachers plight. The rubber room inmates are too costly to them for the money spent on lawyers and other legal expenses. They would rather have two newbies who pay two dues and do not drain the fund UFT leadership can well use on meals, trips, conventions and the perks for themselves.
Strangely enough, UFT and DoE share very similar top heavy coporate structure, Their priorities are to keep teachers undeer control, and compliant.

A thief moves around quite often to explore new victims. When a thief is known by too many, his career is finished there.

WOW! Scary news. I hope Barak really cares about the students, and not just churning out test scores.

What's more scary is that Obama supports an expansion of Charter Schools, a Klein policy priority.

I read that Obama is considering Klein to be the Education Secretary. I am speechless. Chancellor Klein is not an educator and as a chancellor in NY. did not improve education. He created this big office that collects phony data information about the students progress. In the public schools children are not learning because education is gearing toward bubbling meaningless test papers. I hope that Mr. Obama chooses someone that has experience in education for his cabinet. Choosing Klein is a deservice to the children of America. It goes against the principles and ideas of "Social Justice" that Mr. Obama's campaing stated.