Why Are There No Consequences To The OSI & SCI Investigators When They Are Caught In A Lie By The Arbitrator? 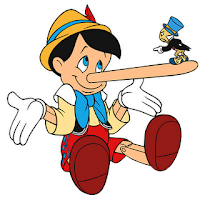 In the 3020-a hearings the investigators from the Office of Special Investigations (OSI) and the Special Commissioner of Investigations (SCI) come in and testify against the teacher. In many cases their testimony is tainted by their poor investigation techniques that intimidate and lead scared students to give inaccurate and embellished statements that can help terminate the teacher. Further, these investigators will deliberately change or distort statements and events and feel no remorse that they did this.

These biased and flawed OSI & SCI reports are used by the DOE to file 3020-a termination charges against teachers. However, if the teacher is tenured the teacher due process rights kick in and the DOE must prove these charges with real evidence. It is at the 3020-a hearing that the problems with the investigator reports are found. When the investigator reads his report the NYSUT lawyer can rebut the report's findings and in many cases, especially SCI reports, find real holes and even lies in it. However, while the Arbitrator can let the DOE lawyer know how displeased she is with the investigator's report. Nothing will happen to the investigator. How many times do I hear that the OSI or SCI investigator gets caught in their own contradictions by either the NYSUT lawyer and Arbitrator only to have the DOE brush it off as if it is nothing. If the teacher is caught in a lie, expect termination but if the investigators lie , well better luck next time.

By the way SCI has maintained time and again that they are an independent agency and are not beholden to the DOE. However, who pays the Special Commissioner Of Investigations his salary and the SCI investigator salaries? Right! The DOE. You can find it here. You just can't make this up.
Posted by Chaz at 4:42 PM

Wonderful post. I was subject to a phony SCI investigation and put on "probable cause" only to find at my hearing the students who allegedly accused me of saying sexual things turned out that they were misquoted by SCI and only complained about my bad jokes. Further, they said at my 3020-a hearing that they never felt that I talked about sexual stuff with them as SCI claimed.

I was found innocent by the arbitrator but he refused to give me back my 2 months of lost pay. It is about time somebody exposed those people for what they are.

Keep up the good wotk.

Mayor Mike Bloomberg wants his secret police - SCI Commissioner Richard Condon, his investigators, and his colleagues at OSI - to "prove" with "evidence" what he, the 'education Mayor', wants to prove, i.e. that all teachers over 40 who ask questions about student IEPs, etc.,must be removed from the system. There is no protection from the start of a biased, prejudicial investigation (the Principal simply emails an OORS)but we all now have the facts to fight. Go to "NYC Rubber Room Reporter (http://nycrubberroomreporter.blogspot.com/2009/01/investigating-investigators-and-gill.html)and see how Bloomberg changed Executive Order No. 11 to Executive Order No. 15, which allowed DOI Investigator Rose Gill Hearn to hire her dad's friend, non-attorney Richard Condon, to lead the investigations into anyone, anywhere. Then go to the story of Teddy Smith, who Richard Condon wrote about in a press release that he threatened to kill his arbitrator...without asking him (http://parentadvocates.org/index.cfm?fuseaction=article&articleID=7467)