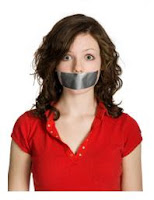 Over the last two weeks you could not pick up the New York Post without an article or editorial trumpeting how the Bloomberg Administration has improved the academic scores and graduation rates of the New York City Public Schools. It didn't matter to the New York Post that many of the statistics were suspect and that the DOE lacked transparency. It didn't matter that mayoral control has ignored the parents, students, and teachers when they implement their destructive educational polices that leave all three groups powerless. Diane Ravitch, in her OpEd article in the New York Times describes what is really happening with Bloomberg's education system.

Diane Ravitch's article talks about how there is no independent analysis of the DOE generated data and a closer look at the statistics seem to tell a different story than the New York Post claims. For example take the high school graduation rates. How much of the so-called dramatic increase of graduates came because of the bogus and New York State discredited "credit recovery program" as well as the manipulation of the dropout statistics. Further questioning the graduation rate is the large percentage of NYC public school students who need remedial courses in college (83%). Back in September of 2008 I wrote an article about the lack of college preparation for the high school graduates. However, don't look for the New York Post to print the truth about the New York City Public Schools.

While Tweed continues to practice "Children Last" the New York Post just keeps on producing "puff pieces" of praise for Bloomberg's education policy. It just makes me sick.
Posted by Chaz at 5:53 PM

The New York (com)Post is just a mouth piece for Klein. He visits the editorail board when he wants the propoganda machine to get in full swing. They are very predictable.

Expect the (com)Post to start to call for the termination of all ATRs and reassigned people immediatly. Sensitional news story will be printed to make the public mad that these teachers are getting paid to do nothing!

I'm surprised that they haven't already did that.

Are you going to the RR next year?