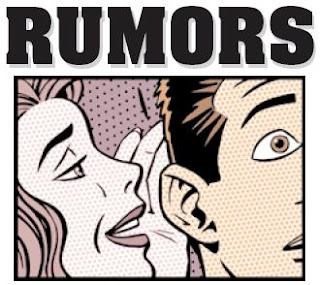 Because of the financial problems, Joel Klein apparently "cried uncle" and stopped the Principals from hiring the "newbie teachers" for their vacancies. The exception was the new small schools which can still hire 40% "of its teaching staff with "newbie teachers". Interestingly, the Charter Schools have increased their recruiting of the "Teach For America" temporary teachers who usually don't last more than two years. However, let's go back to how the Principals are reacting to the Tweed mandate that requires them to hire ATRs for classroom vacancies.

Many teachers from their schools have told me that the Principals are pissed off and do not intend to post their classroom vacancies until the very last minute in the hope that Tweed reverses itself and allow the schools to hire the "newbie teachers". It seems the Tweed propaganda machine has worked too well. Many of the Principals are convinced that the ATRs are unwanted and unsatisfactory teachers. This is especially true of the "Leadership Academy Principals" who don't know any better. Moreover, as I have mentioned previously, the Principals are more interested in control rather than what is best for their students. This was shown by the Daily News article that showed only 16 ATRs were hired out of 313 teachers who filled vacant positions, despite the November Agreement between the UFT and DOE. Another example how Tweed speaks out of both sides of their mouth.

I hope I am wrong and this is simply mumbling by Principals who have been empowered to do what they like in the schools and feel that Tweed has eroded some of their decision making authority. However, when I went on the Open Market Transfer System I found very few vacancies and this has raised my suspicions that indeed the Principals are hiding vacant positions hoping that Tweed will change their minds. Unfortunately, in my April 4th article I showed why the Principals really don't want to hire the ATRs. It is all about control and nothing else. I believe that the Principals will resist hiring ATRs and only time will tell if the Principals finally post their vacancies and hire the ATRs.

Jnfortunately, I believe you got that 100% correct

I'm a Leadership Academy grad. I currently have a number of open vacancies on the OpenMarket, and have sent emails to over 400 applicants to my school. In taking a proactive approach, I have reached out via email to at least 100 ATRs on the OpenMarket who had a resume and cover letter on the system in the license areas I needed. Of ALL of these emails, only 10 ATRs have emailed me back or come to visit the school. I am considering a number of these teachers.

I am glad I have found those I did, yet I can't hire those who do not want to be found. My recommendation: 1) make sure you register for Open Market with an email (over 1/2 didn't have an email listed), and 2) type in a resume and cover letter. It is priceless to read about you in your words.

Traveling ATR said...
This comment has been removed by the author.
8:50 AM

I am sure you are telling the truth. However, many of your peers are not doing the same.

I am sure you know that ATRs will not go to schools that are considered difficult, have bad reputations, and experience high teacher turnover. Further, some ATRs have their own priority list such as available parking, school districts, and commuting time. Therefore, it is very important for the Principal to reach out to these teachers.

Remember the ATRs have already been burned by their schools closing, reduced student enrollment, or by a previous Principal targeting them. The last thing they want to do is go to another school blindly and face the same problems. "Once burned, twice shy".

My suggestion to you is to talk to the best experienced teachers you have in your school and ask them if they know of a quality teacher that is available. The ATR ranks have many quality teachers in it. All these teachers want is to have their own classroom and given the respect they deserve.

I would we shocked if my principal hired an ATR, and quite frankly, I doubt it would ever happen.

I do believe anon, but part of the problem is that many ATRs are totally fed up with the bogus Open Market Transfer system, and they simply don't bother to apply anymore.

I suspect that many ATR's have not applied for or even looked for positions. Let us also remember that principal's just received their bugets this week so I hope that more positions will be available on the open market. IF ATR's do not make an honest effort to apply, even if this is a scam as you suspect, this will only fuel the fires that the DOE may want. Think of the negative publicity. I hope that every ATR applies to multiple positions and documents their attempts this way if a pattern evolves they can prove that the DOE and principals are the one's that are preventing the hirings. IF NOT, after the November election and a contract has not been agreed to, you can bet Klein will be insisting that the ATR's be fired.

I agree with you. However, I am sure some ATRs are happy not to apply and hope that the HR puts them in a school without a regular classroom. Just like some people belong in the "rubber room" (10%) there are some ATRs that are marking time until they can retire and don't want classroom duties.

To the Leadership Academy Graduate,

I would like to know where your school is. I am and ATR teacher that is looking for a job. I've already dropped my resume to different schools and put my application on the OM. Today I had a terrible experience with one of the schools that posted 2 vacancies on the Open Market. --went to the school, explained to the payroll that I saw the vacancies in the OM and requested to see the principal. The payroll did not want to call the principal, she started screaming that there were no vacancies in her school.
I am SURE that the principals are hiding the jobs for their relatives or friends as always.
I wonder if the union will keep track of the vacancies that are open and check if these principals will hire ATRs.
During the ATR meeting Amy Arundel gave this phone # "718-935-5280 =Teacher Ambasador". for job search suppoort. The phone number does not work.

This program could work with proper oversight. But what is the penalty for a principal who hires outside the ATR pool? And as Chaz rightly points out, a lot of teachers just don't want to work at some of the schools that have the most vacancies, and frankly, they shouldn't have to. If we had seniority rights restored, even for the length of time it takes to place all the ATRs, we could get somewhere. Instead, we have another round of half-measures that may or may not work.

Chaz may be right. My Principal has at least three vacancies and when I went on the Open Market Transfer System, I noticed none were posted.

What is the name of the school that has 3 vacancies? Let's help the ATR teachers and if there are vacancies in our schools let's mention in this blog or please post it at EDNOTES.

Many school have vacancies but I am sure that the principals are hiding them.

Who is the person to put the vacancies in the Open Market, the school or the region. I would like to know because in my school there are two openings and the principal did not even mention about this. I just saw them on the OM.

The UFT really has to preasure the DOE to send letters to principals to give jobs to the ATR teachers. It is amazing. Principals think that they are the owners of the jobs.

Interesting, it seems that there is no ryme or reason about posting vacancies on the Open Market Transfer System.

It is my understanding that the Principal contacts the borough HR and they list the vacancies. Therefore, it is the Principal who determines which vacancy to post.

I think we all know the Open Market is a sham. Randi knows it too but refuses to do anything about it. Last year, I worked at a horrible middle school where the principal harassed teachers and clearly did not want any tenured staff around. If she had her way, she would fill her school up with TFA cadets. The District Rep knew that she was ignoring the contract and harassing teachers and basically told us we should find another job. So I went on the Open Market to transfer. I sent out 50 resumes and did not get one response - not one interview. How did I find my new job, through a family connection. So Randi has set up a system here where it's all about who you know. The Open Market system is a farce and we all know it. Now what is the UFT going to do about it? I say we write to our representatives and say we know longer want to have a mandatory check-off for Union dues. I want to stop paying mine until Randi figures out how to fix this mess she's created.

You are completely RIGHT. The Open Market is the biggest FARCE of the DOE. The union does not doanything about it. What a shame.

Most principals are working on their budgets ... due June 17 ... and, hoping that the City Council restores funding ... quietly principals who are excessing are "recommending" to colleagues who are hiring ... more than half of ATRs have never applied for a job on OM ... only adds fuel to the DOE bargaining demand that ATRs after 18 months be placed in layff.

Moreover, I do know of vacancies not posted on the OM.

I posted a job fair in Brooklyn on ICE mail after receiving an announcement to principals from one of my contacts.

The fair was today (Monday June 1) at the Brooklyn Museum. You needed a ticket or something to get in.

An ATR ICE mail reader with 2 other ATRs in her school tried to go online an sign up but nothing worked. Neither did the phone number. Neither of the other teachers knew about the job fair. And few others did.

But here's the rub- principals were told Teaching fellows would be invited too. And they were told not to reveal the contents of the email.

Nothing surprises me anymore. I am deeply suspicious of Tweed's motives until they prove me wrong.

The whole thing is a BIG CORRUPTION. In my school some of the F Status teachers are running like chicken with no head trying to take the full time jobs so that the ATRs are not hired.