Bloomberg & Klein Declares War On Teachers - When Will Our Union Fight Back? 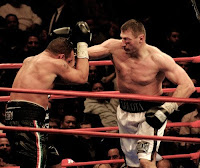 For all you teachers who were waiting for the 8% raises in the next contract, dream on. It is now very obvious that Mayor Bloomberg and Joel Klein will not give us a contract without some outrageous "givebacks" that the union will never allow. This means do not look for a contract anytime soon. While some union officials think that the UFT's decision to explore the PERB option is just a ploy to give the City and the union political cover to approve the "City Pattern", which is two 4% raises (minus the 0.58% for the two days before Labor Day) without any "givebacks", I do not think this is the case. As recently as a couple of months ago both the Sargent's Benevolent Union and the Teamsters local 237, along wih other unions, agreed to this "City Pattern" during the height of the City's budget crises and we should be no different. However, it appears that Bloomberg is looking to break the power of the teachers union by demanding "givebacks" and will not negotiate a fair contract without winning some of them.

I previously explained why we should not agree to any "givebacks". I now also believe that our union should not agree to PERB mediation since the default is the"City Pattern" and we will be forced to allow "givebacks" to achieve the raises. Therefore, it is best to force the City to come to terms without PERB mediation and if the City refuses to do that then charge the City with "bad faith" bargaining and ask permission to strike. Moreover, the union needs to fight back and file PERB complaints against administrative abuses which will force Tweed to defend their vindictive administrators time and again. In time, Tweed will wary of defending abusive principals and the City will eventually "cry uncle" as they will be forced to layoff newbie teachers and spend 160 million dollars yearly paying ATRs and "rubber room" teachers who were unfairly denied a classroom position.

Time is on our side, not the City's. It is the City that is wasting upwards of a billion dollars on non-classroom positions, high-priced consultants, and dubious educational programs. If Bloomberg & Klein wants a fight. They are fighting with one hand tied behind their back. We should oblige them and if we stick together, we will win in the end. We can knockout Bloomberg/Klein and their media supporters by aggressively fighting back with our own advertising blitz by showing them solutions such as lower class sizes, smaller central bureaucracy, and programs that help the classroom. Finally, at the Delegate Assembly, Michael Mulgrew must draw a line in the sand and commit to never allow a time limit on the ATRs, and ensure due process for teachers in the "rubber rooms". In this total war with Bloomberg and Klein, no retreat is possible.
Posted by Chaz at 3:22 PM

In the run-up to the mayoral election, Mulgrew was a Bloomklein patsy. His 10/9 interview on NY1 was as weak as his squelch of a Thompson endorsement at the October DA was spineless. Despite the high holy contempt UFT officials have for the Mayor’s and Chancellor’s ed policies entre nous, Mulgrew had not a bad word for either on “The Road to City Hall.”

When Dominic Carter asked about Thompson’s claim that the DOE was “cooking the books “ and that “the numbers are not real,” referring to the fairy tale rise in test scores and graduation rates, our President bunted instead of swinging for the fences. “Some things are better and some things are troubling,” he replied. “Who’s ever the
mayor, we’ll work with them.”

As for Klein, Randi’s Anti-Christ, Mulgrew could not have been softer: “My job is to work with the Chancellor of New York City. We’ll have our differences, [unclear] find common ground.” Yeah, right.

I, too, hope that Mulgew picks himself off the mat, stands toe-to-toe with Bloomberg, and punches back on ATRs, rubber room due process, and linking tenure to test results. But after his heavyhanded putdown of Michael Fiorillo’s necessary query at the November DA about the UFT’s misbegotten neutrality in the mayor’s race, I wonder, I just wonder …

Chaz, You are so right about how the UFT needs to play hardball right now. Bloomberg has declared war, and Mulgrew says, why don't they play nice. The line we draw has to be: 1) no firings of ATRs--Don't touch teacher tenure, 2) stop school closings-make Maxwell the place where it stops 3) stop the charter invasion of public schools 4) defend seniority And to win all this, 5) gear up to fight the Taylor Law.

At the November Delegate Assembly I spoke out against the motion to go to PERB. The government is not neutral--it's management v. labor. We have to draw the class line, and use the union's power.

I would add one important point -- why does Unity do this? Just because they're dumb and dumber (an argument could be made here, considering their handling of the last mayoral election). But it's more than that. And it's not just Bloomberg, obviously.

Through COPE the unions are in thrall to the Democratic Party. The whole corporate union-busting attack and scapegoating teachers comes straight from the top--not only Bush and No Child Left Behind, but now Obama and Arne Duncan and Race to the Top.

For more on this viewpoint, please go to my piece on Class Struggle Education Workers/UFT at http://edworkersunite.blogspot.com/

I heard that they are building "showers" at all rubber rooms.
Don't worry it's for delousing.
Angry Teacher