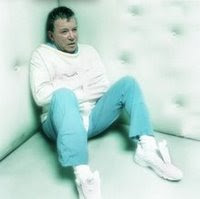 We all know how Mayor Bloomberg and Chancellor Joel Klein wants to solve the "rubber room" overcrowding, the ATR crises, and make tenure more difficult. However, their idea is quite different than our union or mine for instance. According to Michael Best, the head of DOE legal services, all teachers accused of incompetence or misconduct will be taken off payroll until their hearings and if found innocent, will get their jobs back. Of course that is unrealistic and violates the State's "due process" law. Therefore, in this post I will tell you how to eliminate the "rubber room" overcrowding back to the pre Bloomberg/Klein era when only teachers subject to criminal or serious sexual issues were removed. During the days before Bloomberg and Klein the amount of teachers removed ranged from 80 to 100 teachers, now the figure is between 600 and 700, a sevenfold increase and costing the DOE 60 million dollars annually.

Presently, a teacher just needs to piss off a Principal to find that teacher removed to the "rubber room". Since the Principal only has the removed teacher on her budget for sixty days after his removal and if the teacher is older and makes a high salary the temptation to remove the teacher is very real. Even teachers who are subject to OSI and SCI investigations have frivolous charges filed as both investigative agencies start the investigation with the presumption of teacher guilt and the teacher is not given a fair investigation and any innocent or defensive action is interpreted as "proof of guilt". Therefore, to stop the abuse of both the corrupt investigative process and the release of the vast majority of the "rubber room" teachers, I propose the following process.

First, any teacher who is not arrested for criminal or sexual issues could only be removed from his or her assignment after a three person mediation panel, paid for by both the DOE and UFT, interviews the major players, including the accused teacher to determine the seriousness of the charges. If the three person panel agrees that the charges are both real and serious. Then and only then can the DOE remove the teacher from the school. If the three person panel decides that the charges have been embellished, distorted, perverted, or false and does not raise to the level of serious. The Principal can only give the teacher a letter to his or her file. This would limit the "rubber rooms" to the serious cases.

While some of you may disagree on my recommendations. It is certainly a first step to bring real sanity into the "rubber room" process.
Posted by Chaz at 4:58 PM

Good suggestions, and of course infinitely better than what they have now.

What I'm always afraid of us deal-making. The UFT collaborates with the DoE in so many ways. We never know the extent of their dealings with their supposed adversaries -- from RW hitching a ride on Bloomberg's plane to a CL who's in bed with his/her principal.

Who's to prevent horse-trading on this 3-member panel? e.g.: I'll give you this case, you give me that one.

I LOVE the part about fining administrators who make up charges. I want that to start ASAP.

Why wouldn't those administrators be subject to 3020-a when "just cause" is determined for their professional misconduct?
Otherwise these are great ideas.
I especially like the idea of NYSUT investigators...why shouldn't an accused teacher be entitled to EFFECTIVE union representation?

Unfortunately it is just wishful thinking on your part. The union and the DoE will continue to collude in what amounts to racketeering, to destroy and remove senior teachers.

I am hopefull that something will come of the class action suit that is now in Federal Court.

Having experienced the "special treatment" at the hands of both the DoE and the UFT, I can honestly say that I don't expect anything good to come of this sorry atrocity.

Most likely in the rush for Federal RttT money, the New York State Legislature will passs legislature that will further undermine, or eradicate tenure laws.

We have it from the little sadist's mouth what he intends to do with teachers.
Expect more data driven drivel and more debasement of what was once a noble profession and now amounts to enhanced day care.

At my last site they had "smart boards" in every room but didn't have textbooks for the students.

Expect worse treatment at the hands of the union and the little dictator's edumacation system
F U Bloomberg, We mean it and continue to mean it.

I agree on many of your points. However, it is time to come up with an alternative that is fair and workable. Talk to the union leaders and they say what do you want us to do? Knowing full well that the teacher doesn't understand the process. Well I do and the union should embrace my proposals as a real way to eliminate "rubber room" overcrowding.

It is a good thing to have a class action lawsuit against DOE. However, it can take as long as 5 to 10 years for it to wind through the court. After more than 11 years, the City finally settled in 2008 a discrimination class action suit against Dept of Parks and recreation. I am not so sure the attorney Joy H. representing the current lawsuit who must be close to 70 will still have the vigor and energy to complete this case.

Given the fact that it is a class action lawsuit, other lawyers will take over the case.

The time it takes is important, but what is more important is the precedent this will set if it succeeds.

What is also important is, to give no quarter to those treacherous cretins who employ us and the other bastards who pupport to represent us whilst harvesting our dues for their paronage mill.