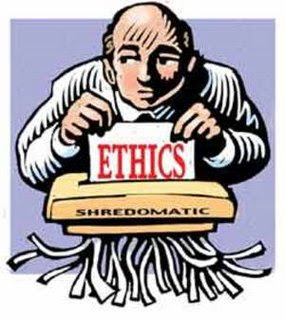 The nightmare appears to be finally over for Lal Singh. His 3020-a charges were dismissed by Arbitrator Alan Berg who also stated that he should be put back into the classroom as quickly as possible.

The nightmare for Lal Singh started after a male special education student accused Mr. Singh of molesting him in a closet in his classroom after school and offering him $20 for a blow job three years earlier. OSI investigated the three year old accusation and substantiated the accusation even though there is no closet in Mr. Singh's classroom! With the OSI substantiation, the NYPD special victims unit arrested Mr. Singh and put him in jail until he could post bail. Furthermore, his name was plastered all over the local news media.

Mr. Singh was put on "probable cause" by the DOE and was given a three month unpaid suspension by the DOE (thanks Randi and Leo). Mr. Singh went to trial and, in part, after his Principal testified that Mr. Singh has no closet in his room and that because Mr. Singh had child care responsibilities, he left school right after the last bell. The evidence against Mr. Singh was so flimsy and unbelievable that the jury took all of 22 minutes to acquit Mr. Singh. That's right 22 minutes!

Did Mr Singh's acquittal by a jury in 22 minutes affect the DOE's prosecution of Mr. Singh? Not one bit. The DOE pursued 3020-a charges against Mr. Singh with the same flimsy case the DA had. Time and again Arbitrator Alan Berg questioned the DOE lawyer about presenting evidence and not unsubstantiated accusations and insults about Mr. Singh. What did the DOE lawyer allegedly call Mr. Singh during his 3020-a hearing? How about pedophile and child molester. He also was alleged to have told Mr. Singh that his parents would rollover in their graves having a child like Mr, Singh. He even allegedly said that it was best if Mr. Singh was "stillborn". In the 3020-a hearing the OSI investigator admitted that he didn't bother to see if Mr. Singh had a closet and he believed an excessed para who blamed Mr. Singh for her removal over the school's Principal about the closet.

The questionable ethics used by both the Queens DA and the DOE in using character assassination as a bases for charges and an unfair investigation by NYPD & OSI could have resulted in Mr. Singh losing his liberty as well as his job. However, Mr Singh's criminal & NYSUT lawyers and the jury of his peers as well as the Arbitrator saw right through the false allegations and Mr. Singh was cleared of all charges.

Now comes the problem, at the height of the media frenzy the DOE stated that Mr. Singh will never set foot in a classroom again. However, three years later he was found to be a victim of the Queens DA and the DOE who cared more about getting Mr. Singh than justice. Will Mr. Singh be sent back to the classroom? I think not since the DOE has already stated as much. Therefore, I must assume he will be added to Joel Klein's Chancellor's discretion list of teachers. That's too bad Mr. Singh is a wonderful teacher and a caring person who has worked with a very difficult population and his absence from the classroom only hurts the students who would benefit from his instruction. DOE's "children last" continues.
Posted by Chaz at 5:58 PM

That's one hell of a story. It's unbelievable, really. Why on earth would they be so stupid? What on earth does that accomplish and how can it be of benefit to anyone?

Do you think the new RR agreement would have been of any benefit to Mr. Singh?

Dear Chaz,
Thank you for shedding light on this horrible denial of human rights. I can sincerely empathize with Lal Singh and the nightmare he's had to endure for the last 3 years. I too have had to endure the inhumane practices that the DOE puts reassigned teachers through. Lal Singh is a hero in all respects and should to be placed back in the classroom where he belongs. Shame on Mr. Mulgrew and the UFT for not demanding that those who are responsible be punished. Perhaps we should start a petition for Lal Singh's return.

The new RR agreement benefits no one except the Mayor and DOE's reputation. It provides no protection from the inhumane treatment of teachers. It also provides no guarantee to those who are returned to the classroom.

It really is about the arrogance of the DOE and the corrupt investigations that go with it.

As for the rubber room agreement. It would not of helped Lal Singh. It is my understanding that the union has tried to convince the DOE about eliminating 3020-a charges if a teacher is found innocent in court but has had no luck. What is most disgusting is the character assasination done to the teacher by the DOE lawyer in these hearings.

Though not involving criminal charges, I had a great trauma placed on me by what was then the B of Ed., back in 99-2000. Ridiculous charges were made by a new AP I had after becoming a new teacher coming from the transfer list. I was unwanted, and when I told the corrupt chapter leader in that building that I wanted to go on the PIP to delay attacks, I was sent to RR for ridiculous, but very damaging allegations about contact with BOTH a boy AND a girl student . . . utter hogwash. Bottom line was that I was returned to work the next semester, but after a 2 year grievance process, the B of E upheld the "U" for that year, AND nailed me with a "sexual harrasment" rap, even though the word "sex" never appeared once in all of the paperwork over three years. This was nearly 10 years ago, and at that time I was too petrified to pursue a lawsuit.

Isn't there any possible class action suit for those who have been terribly persecuted and denied basic human rights in this process?

Once again, no consequences for the false case against an innocent teacher. Hopefully, he can negotiate a comfortable job - teaching or otherwise- for the rest of his career at DOE.

Congratulations to Lal. His story gives hope to everyone who has been falsely accused by the DOE. He is a great example of someone who shows grace under fire.

Do you know if Lal Singh has been in touch with Betsy Combier, David Pakter, and Joy Hochstadt?

Great blog, by the way! I hope you've been publicizing it!

I hope you help advertise my blog because the union does not always tell the truth of what is really going on.

That website doesn't seem to permit the character string "blog" to be contained in the posts or in the URLs, but I believe that one of the ways to get around that restriction is by telling people to look for you on "b*l*o*g*s*p*o*t," but to remove the stars.

Here's the posting URL to the chatboard:

It is indeed a great resource to obtain information on this subject. Keep posting. Thanks.
bba india