Mayor Bloomberg, The Racial Academic Achievement Gap Is As Wide As Ever. As Your Ed Deformer Friends Would Say "There Are No Excuses" For That. 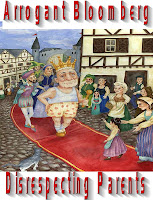 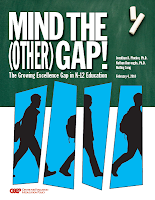 Since Bloomberg and Walcott are part of the education reform movement, there should be "no excuses" for such a wide racial academic achievement gap under their tenure. Furthermore, even the small improvements in scores can probably be attributed to the constant test preparation and in some cases only English and Math being taught as Science, Social Studies, Art, Music, and Physical education are minimized or as in some Charter Schools non-existent.

There is no excuse for such a wide racial academic achievement gap and as Harry Truman once said "the buck stops here". Hear that Mayor Bloomberg?

All Bloomberg cares about is driving the cost down, racial gap is not something that crosses his mind often.

How do you suggest reducing the racial gap?

No honest and reality-based person will ever claim the ability to close the racial gap within a period of few months or a few years.

The gap has been developed over decades if not hundreds of years or even longer, and furthermore, it has never been even narrowed, the best estimate of the closing it will take at least a life time for any tangible result.

One thing I can tell you that Bloomberg will never teach you how to be another Bloomberg, that is exacly how you close the gap and is what these poor kids need most.

There is no easy way to reduce the rscial/income academic achievement gap. However, it is the ed deformers who claim there is no excuses to have one. Therefore, you should asking them that question.

Read my next post about why we have an academic achievement gap and what needs to be done to narrow it.

i love the cartoon. this is definelty the mayor with no clothes on but plenty money to buy off people so they won't tell him to put some clothes on and take off the blinders! All he cares about is generating as many no bid contracts as possible before his reign is over