What Does The Future Of The Absent Teacher Reserve Look Like? 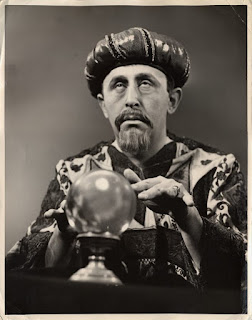 One of the most thorny issue between the Union and the City is the status of the Absent Teacher Reserve (ATR).   These are teachers that have been excessed from their schools and have no classroom position.  The latest number of ATRs  is 1,822, which is similar to the last few year numbers. It was fortunate that the union won the turnaround battle, otherwise the ATR numbers would be close to 3,000.  The question is what is the future of the ATR?   Well I do not have a crystal bail and cannot project the future but it appears to me the the ATR is here to stay for the foreseeable future. Lets look at the issues surrounding the ATR problem.

Time Limit: Presently, there are no time limitations to be an ATR.  In the agreement worked out between the union and the City both sides agreed that the Principals can hire who they wanted rather then from the excess teachers list as long as the DOE paid the excessed teacher's salary until the excessed teacher received a classroom position.  Even before the ink had dried,  Chancellor Joel Klein was calling the ATRs "bad teachers" to the press and wanted a time limit of six months when the DOE can fire the teachers.  To the union's credit, the ATR time limit has never been a negotiable item and every time the City brings it up, the union immediately shoots it down.  I see no change in the union position and the lesson of Chicago burns brightly to remind the union of the consequences of allowing an ATR time limit.

ATR Buyout: It now appears that Chancellor Dennis Walcott's idea of a generous buyout for long-term ATRs was not so generous after all.  The maximum ATR buyout would be $25,000 for top salaried teachers and would average a meagerly $14,000 for the average ATR.  Not generous at all! It would seem an ATR buyout is not happening during the Bloomberg Administration but might reappear when the the next Mayor negotiates with the union as part of a contract.

Legislative Action: I do look for the Bloomberg Administration to make one final attempt by crafting a bill that will allow for an ATR time limit, emboldened by Chicago's limiting the ATR window to five months.  However, I expect the bill to be shot down as the Mayor is rapidly losing influence in his "lame duck year".    Of course if in the highly unlikely event that Sheldon Silver loses his position as head of the State Assembly that could change matters somewhat.

ATR Non-Representation: One of the biggest complaints by ATRs is that they have no representation and I do not see that changing in the near future.  The union's position is that the school's Chapter Leader represents the ATR.  However, since the ATRs go weekly to different schools, the Chapter Leader may not meet with the ATR or be even aware of who the ATR is.  Many schools abuse the ATRs by making them do cafeteria duty, six periods, four periods in a row, or other non-teacher duties and the Chapter Leader refuses to represent the ATR complaints dealing with the abuse.  This is especially true in the Bloomberg small schools where teachers are expected to preform duties that violate the contract and the Chapter Leader willingly goes along with it.

ATR Numbers: It is very obvious that both the City and union do not like or want the public to know how many ATRs there are.  After claiming that the ATR numbers are the lowest in years, suggesting that the ATR crises was resolving itself with the successful policies of weekly ATR assignments and requiring principals to hire ATRs for their vacancies or long-term leave replacements. It now turns out that the numbers are just as high, if not higher then in  previous years.  In fact the union's failure to enforce the provisions of the ATR Agreement and the DOE deliberately ignoring Principals misconduct for not abiding by the ATR Agreement is primarily responsible for the large ATR numbers.  While the union won a grievance, there still is no enforceability or penalties if the DOE fails to abide by the ATR contract provisions.  Therefore, I predict no significant change in the ATR numbers in the coming years. In fact, they may go up if Bloomberg is successful in closing more schools before he leaves office.

Future Of The ATR: Unfortunately, the ATR is here to stay. However, I do see better days ahead as the ATR numbers will be reduced with the next Mayor and with enforcement provisions in place and better union support to ensure principals are not abusing the system.  At least I hope so.
Posted by Chaz at 10:08 AM

here is new atr supervisor mentality(happened to me) 'i will be observing you, but i won't give you the day' and the union says its ok. ridiculous!

If the teacher requests a lesson specific pre-obs for the SY 2012-2013 in writing (email it to the principal) as per Article 8J, component B, and the document "Teaching for the 21st century". Then administration must honor that request. All teachers are still under the old guidelines of pre-obs, obs, and post-obs (contract still enforced as per Triborough Amendment).

I'm a chapter leader in a small school in the Bronx. One thing that I make sure is to inform the members, even the ATRs, of their rights. I check the ATRs' program to ensure that none of their rights are violated. When the rotation of ATRs begin in October, I speak to the ATR(s) and tell them about their prep, lunch and professional periods. If I see something wrong, I immediately go to administration to have it corrected. It is the responsibility of the chapter leader to protect the members. I don't know how chapter leaders do it in a large comprehensive school, but in a small school there should be no excuse from the chapter leader.

If a principal tells me to answer phone -file - copy or do cafeteria duty, I politely say NO and that I will grieve immediately. Then I go back to the teacher's room and take out my book. It has worked every time because it is the LAW! Atrs are letting themselves be abused even more than we are!! Don't let them abuse you - just say no.

If Quinn, or some of the others win....expect more of the same...Scumberg ruined John Lius chances..the best candidate for most working New Yorkers. Quin is a complete 1 percenter whore...

Did you see the buyout the DOE offered and the UFT wanted 5 months salary?? Are they joking?How about pension credit, full health benefits, our death benefit in cash...and if not that a teaching position in our subject area that a newbie has!

Quinn is a Bloomberg lap dog. I can't stand her!

Forget an ATR buyout - that is wishful thinking. On top of that, the numbers you cite are peanuts for abandoning one's career (unless one has reached retirement age).

Why not offer all ATRs some kind of retirement similar to disability retirement as an option for some ATRs? That option can reduce the number and it can save the city a lot of money.

....especially in The Great Recession...

I have been an ATR since the beginning of this school year. Re. your section on ATR Non-Representation: I have already been assigned cafteria duty and they have attempted to assign me four consecutive coverages and six coverages in one day. Do any of these violate the contract (I believe I did find the wording on the 4 consecutive periods)?

The answer is yes. You can refuse cafeteria duty, unless the circular six assignment allows for it and other teachers are also doing this job. However, even here they can only make you to do one period and not more.

You cannot do four consecutive periods without your approval and you can do six periods only if the teacher you are assigned to cover does six periods that day. I would try to get paid if they give you six periods and if not remind them that they are in violation of the contract and you will grieve for coverage pay. That usually stops the abuse..

Does anyone know how to go about changing their seniority district, that is the district they were originally excessed from.

As an ATR, I was given the absent teacher's after school reading club and a group of children who could not go outside for recess (in the cafeteria). Are these acceptable assignments for an ATR?

The number of ATRs is going to skyrocket in September.

ATR numbers will skyrocket this fall (2013)

I was a full-time tenured teacher at a high school in Queens. I left in 2006 for child care leave. I am now due to return to work, and was told my school does not need me. During my leave I returned to graduate school and I am now about to receive a PhD in my licensed area. I went on the Open Market, and applied to all the vacancies in my area. I went on one interview, and as of now, no job offers. I imagine that there are other teachers out there who are in the ATR Pool, but who, like me, are not there as a result of school closings, downsizing, or because they received a letter "U". I suspect there are mothers out there who simply went on child care leave. It has become apparent to me that, with an impending PhD in hand I will be just too expensive, even though I am an excellent teacher, which I hd the opportunity to show in my recent interview, where I was required to give a model lesson. I wish I had video taped that lesson to be an illustration of excellent teaching, something I imagine is better represented in the ATR Pool, than he DOE would like to acknowledge. So, with the principals' right to choose, it is very possible they will be choosing someone with inferior skills in order to save money, unless of course, there is a misguided belief that any recent college grad is by definition a great candidate. I have not yet received my "Excessed" letter --I'm sure it is in the mail-- but I have alreaday encountered that characteristic *finesse" of DOE bureaucrats in handling a phone inquiry. I am already looking to get out

I am a first year ATR! I have been in the system 28 years. Never received a "U" rating; not even from Bloomberg's hired henchmen (lynch mob) to get rid of veteran teachers. I went to all the workshop learned the common core and Danieleson for my discipline. Guess what. Principals would love to hire us, but they can't because they don't have the budget. They hire students with no file number right out of college and leave the poor ATR who can teach sitting there in the office! Wow! I'm pissed!

I would love to hear someone's opinion about Field Supervisors who are out there in the field to observe ATRs? I already had a Pre Obs with one of them and he has plan to come to observe me in the coming weeks. Does it make sense?