Why The Triborough Amendment Is Important. 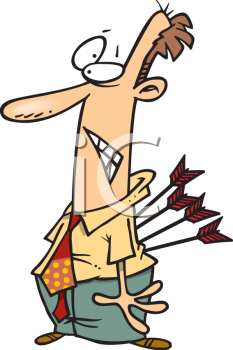 In states without a similar amendment to protect public sector employees, the State and Municipality can impose new rules and some do.  The latest example is in Philadelphia where the City and State ripped up the existing teachers union contract and imposed a $200 monthly health insurance deduction, eliminated welfare coverage payments, and end all contributions for retirees. This follows in the footsteps of eighteen other states that have changed teacher tenure law and other contract provisions without union approval.

Its a good thing that we live in a State that has real civil service protections.  Can you imagine if ex-Mayor Michael Bloomberg had his way and imposed his own teacher contract what it would look like?  Remember this? How about this? Let's hope that never changes.
Posted by Chaz at 5:11 PM

Triborough Amendment is the backbone of civil service work in NYS. Remember that we can't strike due to it without major penalties. Thus, anytime a fellow teacher says "we should strike", remind them that that is not going to be happening anytime soon.

What I don't understand is why the Triborough Amendment let schools change rules about lesson plans and ATRs?

It's important to note that candidate Astorino has spoken out and written against the Triborough Amendment. I won't vote for Cuomo, but anyone who thinks Astorino is pro-teacher is not paying attention.

Sure I can imagine what the contract would be like if Bloomberg had his way. All I gotta do is look at the one we just got

Teacher apathy is starting to shift. As the workload and class sizes become increasingly unbearable, many are getting angry. Angry at the DOE, the administrators ( who hold them accountable for everything), the students (who do whatever they feel like) and the UFT. Several teachers I've talked to plan to take the sanitation exam. Hauling garbage in oppressive heat and cold for half the pay (of teaching) is considered a much better option. If tenure disappears you will see teachers strike- not because of strong unionism, but out of self-preservation.

bloomberg did enough damage people....please remember that its bloombergs 12 years of terror which has also proven to be difficult to unwind or "undue" as evident in:
< small schools seem like they are here to stay even though they have been proven to be ineffective than larger high schools. bill gates even admitted it
< tweed continues to employ no educational personel including a heard of lawyers sitting around with the gothcha squad
< doe continues to hire hapless wonderland teachers while experienced professionals sit in the ATR pool
< principals and aps continue to wreck havoc on nyc schools with the bloomberg leadership drones roaming schools
< fair student funding maintained so there goes the budget for any quality type educator...might as well hire the cheap crap labor continues
< charter school interference continues and seemingly can not get out of the hair of real nyc school children

This little bit of news is for all the anti-union geniuses who don't (or are unwilling to) believe that age/seniority discrimination is prevalent in both the private and PUBLIC sector.

Hey, newbies...this is what awaits you once you reach Step 8b and beyond.

Hey, newbies...this is what awaits you once you move above Step 8b - no matter how wonderful you are.

Age/Seniority discrimination at its worst!

While I understand your support of the Triborough Amendment the bottom line is that it is clearly anti-union and anti-public sector employee. We pay a high price for this provision as it has been inextrucably tied up with the inability of the Union or public employees from asserting any concerted action. As we have seen Bloomberg's waiting us out was not, as you say, a good thing but rather a tactic that not only caused us to wait for the few pennies we deserved but destroyed any hope of union solidarity. Basically we were marginalized which contributes to the apathy cloud we all live under. The status quo is not always the best case scenario.

Just can't help wondering if Ed Koch was still alive- there would be a motion in the NYS capitol to rename the 'Triborough Amendment'- to the 'Koch Amendment'. And of course that would mean huge changes in that law to hurt public/unionized employees.