The Unity Caucus Flyer Does Not Speak The Truth. - They Made ATRs Second Class Citizens. 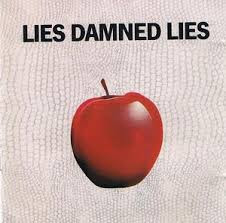 My school just received the Unity caucus flyer and I was amused at some of the things they claimed credit for.  Like retaining our pension.  Since when did the State or City propose to reduce the pension for existing members?  In fact, under the Unity caucus we have seen new teachers subject to an inferior pension.   Moreover, didn't the Unity caucus allow the City to reduce our TDA interest rate from 8.25% to 7% and not receive retiree health benefits until they worked 15 years for new employees (from 10 years) for the two days before Labor Day which should never had been given up in the first place?  How about those members who resigned, were terminated, or discontinued, were they made whole?  No, they were screwed by the Unity caucus.Finally, we approved a vastly inferior contract that gave us a measly 10% for 7 years while the City has a 6 billion dollar surplus?

The Unity flyer claimed that they negotiated a reduction in paperwork.  Really?  Ask any classroom teacher if they noticed any change in the overloaded paperwork they are currently experiencing.  How about schools that demand that teachers use an online grading book, which just adds to the data collection and micromanaging by both administrator and parent?

Second, the Unity leadership allowed the DOE to terminate ATRs who fail to show up for two mandatory interviews or fail to show up to a new assignment in two days without a medical reason.

Third, only ATRs are subject to a vague definition of "unprofessional conduct" whatever that means and can result in a one day expedited 3020-a termination hearing

Finally, the Unity leadership allowed the DOE to observe ATRs with "flyby observations" by field supervisors who observe ATRs with a classroom of strange students and are expected to show their pedagogy.  No wonder many ATRs are being "U" rated and subject to 3020-a termination proceedings.

What should one do with the Unity caucus flyer?  Throw it in the garbage where it belongs.
Posted by Chaz at 7:14 PM

I disagree with your conclusion. You should print out your post and hand it out and/or place it in your schools mailboxes. Anyone who has found your blog likely already gets how disappointing and out right harmful Unity party has been to educators here in NYC. Now is the time to help let your colleagues to understand that as well. If you are reading this and get it, then take action. Any UFT member has the right to place election material into the mailboxes. It is highly unlikely you will be stopped. Rise up!

A bit of background on ATR supervisors.....they are administrators from failed schools. Why are they supervising ATRs?

I'm a good teacher this is year 20. I was s rated for 17 years and now as an Atr I'm about to get my third u in a row for the year . I'm terrified and I could cry every day. I might be fired - I might lose some or all of my income . I hate the doe and I hate the union. I don't know what to do. I have been targeted and harassed for 3 years and it has been very painful.

Everything is planned. ATR supervisors were told to get rid of ATRs, they are turning good lessons into bad ones. Mulgrew has agreed to all this.

I notice we are very rarely mentioned by Unity. A teacher remarked yesterday that she didn't know there were still ATRs. No, it wasn't Jia Lee. Mulgrew wants ATRs to be forgotten, like his after school tryst on his classroom desk.

Unity is a big sham, just ask the teachers from W.C. BRYANT HIGH School, they will tell you about Unity.