The DOE's Education On The Cheap Policy Academically Shortchanges The Students. 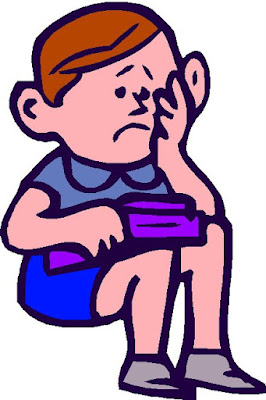 Over the years and certainly since the recession of 2008 the New York City Department Of Education (DOE) has shortchanged the schools with reduced budgets and lack of resources.  Worse, the DOE reuses to fund the schools based on their own Fair Student Funding, with most schools receiving only 90% of what they are allocated for. The result is that New York City's Public School students suffer academically due to the DOE's education on the cheap policy.

In my travels from school to school as an ATR I have noticed the many cost saving strategies school principals use to conserve resources.

First, the fair student funding formula incentivizes principals to :hire the cheapest and not the best teachers" for their school.  With "newbie teachers" who must learn classroom management skills, develop curriculum knowledge and master the Art and Science of teaching, students are simply guinea pigs to these teacher's steep learning curve and suffer academically.

Second, many of the Bloomberg small schools have a limited selection of courses and teachers. Electives are few and extracurricular activities are limited or non-existent Quite a few students complain about the lack of electives. Many schools only have one teacher teaching a subject and if a problem develops between a student and either a teacher or another student in the class, there is no option to put him or her into another class of the same subject.

Third, most schools no longer give Music as a course because of the cost of instruments and their upkeep.  The ATR pool is full of excessed Music teachers as the tight budgets makes Music a prime candidate to be eliminated from the school course selection, especially in the small schools.  The same goes for Health teachers as schools rather use a Physical Education teacher to teach Health than hire a certified Health teacher.

Fourth, most schools have reduced Science to a 4 to 1 program rather than the recommended 5 to 1 program for Regents level Science.  The elimination of the extra day allows schools to reduce their Science teaching staff.  However, the result has been a lowering of Regents passing rates and scores.  While it saves the schools money it hurts student academic achievement.  Only the DOE in New York State allows schools to use uncertified teachers for Regents Earth Science is just another example of putting budget first over the academic needs of the students.

Fifth, our class sizes are highest in the State and most classes are at contractual limits.  This has a negative effect on student academic achievement,

Finally, the DOE encouraged discrimination against veteran teachers has resulted in many highly experienced teachers tobe targeted and retire early which are then replaced by untested inexperienced teachers who usually leave their first hiring school within five years (about 80% according to a Chicago study) and leave the system.system entirely (50%).

The DOE's education on the cheap policy continues as real student academic achievement is a poor second to budget shenanigans by school principals and encouraged by the DOE. This allows the DOE to keep throwing money at their bloated Central Bureaucracy as the schools starve for resources and with tight budgets that do an injustice to their students.

What's happening with the ATR pool? Who's in charge of us at the UFT? When are the meetings? There are no vacancies, so are we staying in one school for a year or going to be rotated? No one is saying anything at the UFT. They claim they don't know and they can do anything. For this I pay dues?

What's happening with the ATR pool? Who's in charge of us at the UFT? When are the meetings? There are no vacancies, so are we staying in one school for a year or going to be rotated? No one is saying anything at the UFT. They claim they don't know and they can do anything. For this I pay dues?

Next move for ATRS is supposed to be for the year. Are there still ATR sups? Why? When you are in a long term placement should not school principles rate us?

I heard some ATRS got year long assignment since Sept. No word of ATR meetings yet.

Librarians are another loss for our students! How can high schools not have running libraries? Such beautiful spaces vacant! This is outrageous!

There hasn't been information sent to ATR status professionals. Hopefully soon we will get a notice about the pending annual meeting. What is bizarre is that the UFT did not inform ATR professionals who will be the ATR Representative.

Many leadership principals are targeting older teachers and making them ATRs, while they hire new teachers. A COMPLETE SHAM.

The UFT is useless.


Why do you say field supervisors cant do shit? Two annual U's and a teacher can be brought to a 3020A for incompetence.

8 45 Hey I am a guidance counselor and have been in the ATR pool for 4 years and counting. I am a great counselor and the students are missing out on my services but the braniac DOE continues the Mikey Bloomberg way of business which is insane beyond belief.

I was told my super we will get placed by October 15. But who knows really? I'm just glad I'm in an ok school.

Field supervisors are powerless. Take their asses to court and expose their checkered past as well as their discriminatory thuggish approach. Let me the #1 defendant on a lawsuit and see how they like it. Complete fools!

I deleted your comments because you provide nothing of value.

9:43 PM. Are you sure you want to be the defendant in a class action suit. Tiffany usually more fun to be the plaintiff. Give that a try

As per a New York State Mandate (I had to research this a few years back for a greivance), public schools MUST have a librarian. Depending on the amount of students, a libray teacher must be on staff for a few periods, or even more than one full-time position. When my school was "phasing out", 4 other new schools tried to use the library but provided no additional staff or even money towards one. At the stage one, I was able to keep the other schools' students out unless accompanyied by their teacher, and were not allowed to take out books. Over the past few years have seen many schools without a library. Why doesn't the UFT sue the city about the lack of libraries and librarians? The DOE is blatanly violating a STATE mandate, and this would appeal to NYC parents! Oh, and maybe create positions for union members. Another example of how useless Mulgroo and his sycophants are for the rank and file.

M Sill from the UFT will be having an ATR meeting. Dates have been provided.

ATRS hang in there! I think the tide is changing. Lots of media pressure was put on DOE for the year long assignments. The DOE did not bend this time. That is positive. (of course the salary incentives should have been more attractive)

The contract is up in June. Excess rules must change along with school funding formulas. We must also get rid of the "Scarlet Letter" now!

This whole ATR situation is a complete mess! The DOE knows this and I believe they want to stop the bleeding now! DOE and UFT members should be working together to make our public schools stronger!

Check sesis...your next assignment is posted.

@6:51PM - Always wait for an email. My assignment is still the same.

Between the Fair Student Funding, principals having control of the budgets and small schools everywhere all types of mandates are not being met. These schools have the strangest set ups. There was a school that was half a corridor. Can you believe this? Half of a corridor. Principals are hiring people they should not because they are not certified or licensed. The list go on and on. The DOE was screwed with Bloomberg and can't seem to get itself out of it. The UFT is 'helping' the DOE with their mess by not following up with members' claims.

Chaz , what was the total of teachers that retired or just left the system this year ? A guess around 3000-6000?

My email arrived last night...assignment is changed for week of 9/25

Thank you for sharing such great information. can you help me in finding out more detail on good schools in gurgaon