Is Our Pension Inflation Adjusted? Yes, But There Are Restrictions. 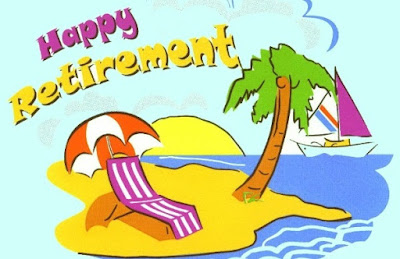 Many teachers are retiring this summer and they may want to know how the Cost of Living (COLA) works once you retire.

Back in 2000, the State agreed to give a COLA to State and Local public employees.  However, the COLA has restrictions that come with it.  They are as follows.

Interestingly, the pension cap of $18,000 that is subject to the COLA adjustment has not changed since 2000, despite the fact that the commutative CPI has increased by 46.1%.  If the pension cap was raised, using the CPI, the pension cap should be $26,300!  You can use this inflation calculator for different time periods Here.

The average NYC teacher pension is $45,000 from 2016 data, that means that only 40% of the pension is subject to the inflation adjustment. You can use the pension table to determine how much money you will get in your pension assuming the maximum.
Posted by Chaz at 9:09 AM

My understanding is that all those who retire (at a much younger age, BTW) NYPD/NYFD and all federal retirees already receive annual COLA increases (and without an oddball and arbitrary limit).

Last month I went for my final consultation and the "expert" failed, or couldn't explain this to me. He also was less than clear on how annuitizing my TDA means I loss control of my TDA funds. Thank you UFY.

Chaz, withoiut you I would be lost in the financial forest.

When you annuitize your TDA you no longer own the units, you own a lifetime income stream
Based on your age and whether you choose a survivor option.

To avoid annuitizing funds, some retirees I know make regular withdrawls. For example a friend makes quarterly withdrawls. The only issue is doing the paperwork; TRS is very slow. For example I filled out forms for a withdrawl early in June. The funds will be in the July 31st pension payment - six weeks from filing the forms to actually receiving the funds.

I cant understand why anyone would annutize their TDA. You lose your complete balance in exchange for steady income. Why not just take out the 7% interest of your balance and live off the interest? You then keep your entire balance as well.

Jeffrey Kiser at the Bronx UFT never told me any of this and I just had my final consult. I’m wondering what else he forgot to tell me. Anyone know a private consultant?

Whoever is giving SummerSchool people my name and number to call me for summer school works needs to stop ASAP. I am tortured during the school year only. Why would someone do this to me??

If your doing to criticize anybody 9:34 Am...At least spell his name correctly... He did my final and was amazing. Maybe u just don't listen well.