The Hypocracy Of The Chancellor And His First Deputy 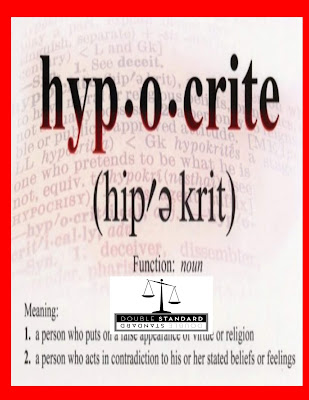 Chancellor Richard Carranza has pushed for integrating schools by eliminating the screened and specialized schools, especially for the middle schools.  However, it appears that his First Deputy Chancellor, Cheryl Watson-Harris was able to get her two children into selective middle schools, despite the fact that the admissions window for the two schools had closed.

Acceding to Susan Edelman article, Ms. Watson-Harris children were enrolled late and it appears the DOE has different rules for well-connected people.  Ms. Watson-Harris being a Deputy Chancellor, was able to place her two middle school children into schools that were closed to other parents. A real double standard, common with the DOE.

Unlike most parents, the DOE gave Ms. Harris-Watson a "placement exemption request" for her two middle school children.  It just goes to prove that the Chancellor and his DOE minions have different rules for their administrators and are hypocrites.
Posted by Chaz at 12:00 AM

The whole 'integration' industry is racist and anti-white. Can't have any cluster of white kids together! Oh no, that would be 'white supremacy!" That would be "hoarding privilege" (or similar mumbo jumbo anti-white constructs.)"

Take NYC. They keep saying it is so 'segregated' and the implication spoken and unspoken is that those evil whites are keeping poor black and brown children out of the 'good schools' (that somehow have more funding than schools in poor neighborhoods, which is untrue.)

Truth be told, white kids are around or less than 20% of the public school kids. Blacks and Latinos make up a whopping 70%+ of the kids. Where are all these evil 'white' 'segregated' schools? It's actually Asians who are the majority in the specialized high schools and many of the 'good' schools in north Queens. But it doesn't fit the narrative, so liberals pretend those schools are majority white, and even the NYT often says 'white' without including 'Asians' when referencing 'school segregation' in NYC.

As the U.S. gets more non-white, and white kids disappear from district after district, liberals are going to have to rewrite their 'hierarchy of victims' and put Asians as the top level 'discriminators' because they can be as racist as they want and NO ONE calls them out on it.

If we want truly integrated schools in NYC and other major urban areas, then we need to remove whites from the 'exclusive' equation and think in terms of all races of kids. How can they say a school that 1/3 Asian, 1/3 black and 1/3 Latino is not 'integrated?'

I had nothing to do today, so I googled NYS School Report Cards of some schools.

Of interest, I researched the Comprehensive Information Report for Bryant HS, Queens NY, run by Namita Dwarka since '11-12. She inherited a school where 85% of students passed NYS regents the prior year......very good!

Fast forward six years under Namita Dwarka's leadership, and the same metric dropped to 48% in 2018....the woman is a spectacular failure.

Will the media ever pick up on this?

She is dragging the school to the ground. She got rid of all the experienced teachers through harassment.

He's a joke. Another affirmative action. Still blaming the light skinned people for holding back the darker complexioned.