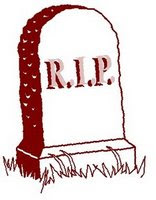 In the news lately has been the placement of a Bill Gates 6-12 school in part of Jamaica High School for the 2008-2009 school year. Once the crown jewel of the nation's schools, Jamaica High School has steadily went downhill academically and was listed as one of the "most dangerous schools" in the State last year. The school's academic downfall was aided and abetted by the deliberate policies of the DOE which systematically dumped too many students who were ill-prepared for high school into Jamaica High School. These not ready for high school students who normally would have gone to other schools, found these schools no longer were taking in students. The small schools that replaced them did not pick them up because they did not have to. Therefore, they were sent to an already struggling high school , Jamaica. Furthermore, Jamaica High School seemed to be DOE's favorite school when students released after being incarcerated needed to finish their education. Hence the school's nickname "Rikers Prep". After complaints by parents, students, and teachers, the DOE turned around and starved the school of students which resulted in drastic budget cuts. Further, over 170 students left the school after Jamaica High School was unfairly placed under "The Most Dangerous Schools" list.

The apparent dismantling of Jamaica High School and it's eventual destruction appears to be an ill-conceived plan to eliminate all the large traditional high schools by Tweed. First overcrowd them until they complain, then starve them and eventually dismantle them. It's happening at Jamaica and will happen to the other schools I'm sure the truncated Jamaica High School will be limited to fewer and fewer students as the Gates school grows and expands. It won't be long before the remains of Jamaica High School will be converted into small learning communities (i.e. Springfield Gardens, Far Rockaway, etc.). This transition will result in many veteran teachers leaving (voluntarily and involuntarily) the school and leaving an inexperienced teaching staff behind. A true recipe for failure. Just look at Springfield Gardens and Far Rockaway high schools.

I wish only the best for the staff of Jamaica High School and their shinning light, James Eterno, but I am glad that I am not there to experience the destruction of a proud school with a history of tradition and accomplishment.
Posted by Chaz at 6:41 PM

The Bayard Rustin Educational Complex was broken into small learning communities about 4 years ago after being the largest school in the Chelsea area. Our school is a failure. Attendance is down, regents scores are abysmal and we have had 3 students stabbed and one shot and the academic year is not over. Our disgraced principal(has resigned read fired) remains in the building till June 30th. Many of our best teachers have left and what remains is a demoralized bunch of backstabbers bucking for per session and "favors" from the adminstration.

What's left is a broken school that no one seems to know how to fix. Our future is uncertian and our students are the victims of this expperiment gone bad. It has been a very good education for me even though it has cost me personally and professionally!