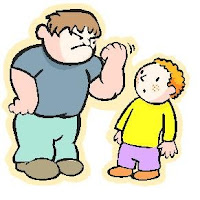 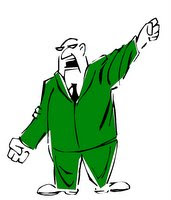 The DOE claims that they take bullying very seriously and in the newspaper Gay City News , claim that they have strengthened the "Respect For All" program. However, the truth is that while the DOE tries to strengthen anti-bullying policies for students they are doing the opposite when it comes to teachers. Under non-educator Joel Klein's tenure, principals, many of them with little or no classroom experience, have been abusing their staffs and bullying them with threats of removal if they complain.

I have spoken to some Chapter Leaders (CLs) about the bullying of staff and they told me that the Principals seem to think they are empowered to do as they please in their schools. For example, one Principal assigned a "newbie teacher" two lunchroom monitor assignments despite the union contract. When the CL confronted the Principal about it he told the CL that the teacher volunteered to do the assignments. Of course this was untrue and when the CL tried to get the "newbie teacher" to grieve it she said that the Principal threatened to fire her (she's untenured) and needed the job. Another CL informed me that she was told that the Principal was not paying teachers to stay after school and participate in a late dismissal bus program that extended the teacher's day an extra 45 minutes. Under the previous Principal this was a per session job and many of the teachers shared the responsibility. However, the old Principal was forced to retire and a "Leadership Academy Principal" took her place. This "Leadership Academy Principal" with less than two years in the classroom, forced untenured teachers to volunteer to work the late dismissal program without compensation. The CL did grieve it but the DOE is delaying hearing the case and in the meantime the program is in effect without compensating the teachers.

Under Joel Klein's tenure, Tweed has always took the administrator's side when they bully the teachers. Tweed is known to find ways to violate teacher rights in the contract. You just need to look at the many grievances the union has to file on the same issues that are clearly stated in the contract. However. our union must be more aggressive in going after Principals that bully and
abuse the school staff. That means that the District Reps (DRs) must be given both the authority and the means to intercede with the Principal and let them know that abusing and bullying a staff member is unacceptable and will result in serious consequences if they do not stop it. Presently, many of the DRs seem either not to care or are unable to get bully principals to stop abusing school staff.

Absolutely right concerning private investigators. There are plenty of competent and trained retired NYPD officers who would welcome that job. Hire 15 to 20, pay them 65 - 70K to start and give them offices at UFT or have them share space with the NYSUT attorneys. They would be quite useful at interviewing (or re-interviewing) alleged witnesses as well as interviewing the SCI investigators themselves.
As a matter of fact I suspect their interviews and investigations of bullying principals would yield very interesting information and provide fodder for later 3020a cross examination.
I have long believed that a major failure of the UFT in defending teachers in the 3020a process is that the NYSUT attorneys are not assisted by trained investigators. Each and every NYSUT attorney should have an assigned administrative assistant (secretary), paralegal, and investigator. DOE has trained investigators to assist their lawyers. Time to level the 3020a playing field.

I can't agree with you more on this.

Rumor has it that many New York school districts are wary of the New York Freedom of Information Law!

I can see why since knowledge is power and the more a person knows, the more dangerous that person becomes.

UFT may have some interest in keeping a charged teacher on payroll which yields dues, it absolutely has no interest in how much a teacher gets hurt. The money can be much better spent in conferences and other perks.

Why can't our union allow us to track individual grievances on line. why don't they publish the stats on grievances each month? they should be more transparent toward members.

Secrecy is the strongest weapon of the DOE for many reasons. Shame is potentially one of our strongest weapons. Often, the UFT gives bogus advice and continues practices that enhance the secrecy of DOE while ignoring the potency of shame.

Grievances should be posted and tracked on line without giving the name of the teacher involved.

Ridiculous 3020a charges ought to be published (with permission of respondent and redacted where necessary). This alone would shrink the number of veteran teachers charged.

The most ridiculous rubber room cases ought to be publicized...with the ridiculous and subsequent 3020-a testimony similarly publicized. Along with the names of those DOE employees giving the ridiculous testimony.
DOE can be made to feel shame and embarrassment over patently false charges and testimony...but only if the veil of secrecy is lifted.

You are talking about all-out war with DOE, which UFT has no interest in waging. UFT knows what they have been doing, sacrifice limbs(some teachers) to preserve vital organs (power and good life).

I thought of that to. However, the DOE will trot out the 10% that are guilty of serious offenses.


A better way would be to go after DOE employees who have been found to have lied in their testimony by charging them with 3020-a charges of their own.

Anon again. DOE cannot do that. This is the point. They cannot violate confidentiality and NYSUT attorneys can interpret that strictly. Those who possess the ridiculous charges should work with the UFT to publicize them.
As far as expecting DOE to go after 3020a liars in their own ranks...well that is dreamland. DOE draws up the 3020a charges...not NYSUT.
Following the lies needed to further the ridiculous charges was my other point but shaming them through publication is the most effective tool at this point....if only the UFT would agree...and that is only if the UFT wants to stop the BS 3020a's.

Really? The DOE can't violate confidentially laws? Did you read the New Yorker magazine article by Steven Brill which he documented Lucian Mohammad's case when the DOE give the reporter her file and charges.

Further, a few years ago the DOE gave the New York Post information on teachers who were featured in the newspaper, based upon their charges. Confidentially laws? Don't make me laugh.

I will have to make a decision as to whether to request a public hearing. My NYSUT attorney does not recommend it but I would like to hear your take on the pros and cons of having a public hearing from a layman's perspective.

I agree with NYCTAG that you should request a public hearing. It puts the two lawyers and the Arbitrator on notice that another set of eyes and ears are watching the hearing.

It is important that the person you invite is ofr help to you in giving their opinion during breaks and lunches.


The reason that your NYSUT attorney does not want a public hearing is simple. They cannot be questioned on how they are handling your defense, except by you.

Thought I would jump in here with my own two cents:

A public hearing does not mean hundreds of people will attend...there is no advertising budget that accompanies the demand for a public hearing. As Chaz points out, it DOES mean you can have some experienced folks show up and give you some advice you can then pass on to your NYSUT attorney. Or to conduct some sort of opposition research in real time - when the lies come spewing forth you will see the value of this. Texting can be a tool in your arsenal. Or it might be your retired CL who knows just the right teacher to help you in your defense once he/she hears the witnesses. Or someone who the witnesses might be reluctant to lie in front of (notice I said reluctant...the lies come anyway)

In my 3020a my NYSUT attorney postured about the arbitrator being more likely to help the district save face if it was a public hearing. After I explained public does not mean Yankee stadium and nobody would know the time and place unless I told him/her that argument was dropped. I though this was an obvious response but the attorney looked stunned. In any case, all transcripts can be made public whether it is an open hearing or not.
NYSUT's default - and it is not a nuanced default - is 'closed' hearing.
Since my case was a paperwork case even the frivolous allegations themselves were not the least bit embarrassing - or at least not to me. Sometimes, even though completely false, the charges themselves might give a respondent understandable pause to demand a public hearing.
But again...how public can it be if you only tell a select few when and where it will be?
As a complete layperson, I think a demand for an open hearing sends a subtle message to an arbitrator (and your own NYSUT attorney) that you are not guilty of the allegations. Now, that is with the assumption that the arbitrator cares whether or not there is a preponderance of evidence of misconduct or pedagogical incompetence on the record but that is another story...
There are aother considerations of course including the arbitrator's personality, your NYSUT attorney's persnality and the details of every case.