Is It Important To Have An Open 3020-a Hearing? It Is Very Important 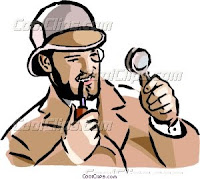 Under New York State Education Law 3020-a the tenured teacher can elect to have either an open or closed hearing. Both the DOE and UFT (NYSUT) do not want the teacher to have an open hearing because it is in both their interests to keep the hearings secret. I also suspect that the Arbitrator would prefer that the 3020-a hearing being presided over stay closed. The question then becomes why is it in the teacher's advantage to have an open hearing? TAGNYC and Rubber Room Reporter have always recommended that teachers should have an open 3020-a hearing but both never explained the advantages of having an open and public hearing. Therefore, I will try my best to explain why.

First: In the 3020-a hearing room the teacher will be overwhelmed , not to mention shocked, angry, and too busy writing responses and rebuttal notes to the slanderous attack upon his or her character by the DOE lawyer to adequately understand what is happening. The teacher may not pick up the context or ask the NYSUT attorney the proper questions for the NYSUT attorney to respond to the DOE lawyer's character assassination. By having another person to listen and observe in the hearing, the chances of something important slipping through becomes less likely.

Second: By having another set of eyes and ears in the 3020-a hearing, all parties will be more likely to follow the rules and not take liberties at the expense of the teacher who is usually unfamiliar with the process. Remember, the Arbitrator and the two lawyers (DOE & NYSUT) may work together for up to four years and the teacher becomes the outsider in the hearing and this may result in a decision different than if all the participants were strangers to each other.

Third: A sympathetic sounding board that gives the teacher and the NYSUT lawyer another point of view that might not have been considered as they prepared for the teacher's defense.

When someone is assigned an attorney by nysut, they should follow the advice about the pros and cons of an open hearing. Certain people advocate for the open hearing...and those that followed ended up in bad trouble...the nysut attorney has nothing to lose with an open hearing but the person under investigation does...

Really? Can you explain what the downside is to have an open hearing? You make a statement that the person under investigation has much to lose having an open hearing. However, you have not supplied a specific case to me or the readers.


I suspect you are just a union lackey that tries to scare teachers to be quiet and clueless.

I suspect the same as you about the 3:14 anonymous - talk about your weirdly ominous postings. I believe the NYSUT attorney's job may be easier in many cases with a closed hearing, I suspect certain arbitrators prefer closed hearings, and I suspect DOE prefers closed hearings. I won't go into detail as to why each of the three might prefer this except to note the palsy-walsy relationship that sometimes develops between DOE and NYSUT attorneys and arbitrators might be inhibited by an open hearing.


I have commented on your blog before on the pros and cons of an open hearing.

As I wrote before, 'open' does not necessarily mean a Yankee Stadium performance. The respondent can tell a select few exactly when and where the hearing is. Others could show up...but who the heck would and what would it matter?

I actually know of a NYSUT attorney urging a closed hearing on the grounds that he did "not want to embarrasss the district". The proper response is: "Tell them to withdraw the charges immediatly to prevent any embarrassment".


I would ask the 3:14 anonymous to state the down side of an open hearing on patently ridiculous charges.

I can't help suspecting that DOE is confident 3020a's will remain private...and that accounts for their increased number.

I agree with you. While I believe that the NYSUT attorney wants to do his or her best for the teacher. I am concerned that the relationship between the three individuals could affect the "award". This is especially true if the group has been together for a long period of time.

Yes, you don't want a circus, but one or two experienced individuals in a hearing may actually give you an advantage.

I am still debating whether or not to have an open hearing, however, both my outside lawyer and nysut lawyer advise me of having a closed one unless I have specific basis to suspect unfairness of the hearing proceeding. I do have a general sense of the unfairness, but no a specific one at the time.
It is easy to understand why lawyers frown upon open hearing which is harder to control.
I have to say whether or not to have an open hearing is situational upon each individual's circumstances.

It is situational which makes it surprising that NYSUT urges a closed hearing in each and every case!!!!

If the charges are patently false or patently frivolous I can think of no good reason to have a closed hearing.

Plan for your case as if you will hear the most outrageous lies about your competence and character. Bring evidence, no matter how flimsy or solid, to refute the lies. Use the extraordinarily loose rules of evidence to your advantage. Dig up everything you can on the witnesses against you and present it. Have it in your physical possession and photocopied during every hearing so you can present it. Do not be cuaght off guard...the district will not have a witness who will say good things about you even if you think that person is a friend or honest or impartial. That person would not be a DOE witness - DOE would not undermine their own case.
You will be your own best investigator because NYSUT does not have one. If your other lawyer uncovers anything to assist you be sure to bring it to your NYSUT attorney's attention. He/she will gladly accept help from YOU. You do not need to explain your other lawyer uncovered it.

When is the deadline to request an open hearing?

3020a book states that the open hearing request has to be made 24 hrs prior to the first hearing that sets up the dates of the hearing, but my nysut attorney wants me to make the decision prior to the pre-hearing.

The prehearing conference may very well be when you set your first dates for the hearings. If you have days when you are not available due to official business of some sort let your attorney know prior to the meeting.

If you decide on an open hearing you can wait until you are 48 hours out before telling your lawyer. This gives him/her a full day to leave a message with the arbitrator (and DOE). I would do it via email AND via phone call. DOE hates surprises because it is much easier for them to prevail when it is 'business as usual'.

Depending on your case, expect some sort of a settlement offer at the prehearing conference. Your NYSUT lawyer has doubtlessly gathered your thoughts on this. By settlement I mean to expect a punishment to be offered in lieu of going thru the process. Again, this depends on the case.

If the prehearing is in person be sure to project a professional and competence appearance. This will doubtlessly influence the arbitrator and may, in fact, influence DOE's strategy.

The above is not legal advice...I went by your information on 24 hours.

Thank you for all the comments. Yes, it is important to help your NYSUT lawyer prepare the case and it is a very good idea to show credibility issues with the DOE witnesses against you.

Great advice by all, of course except for the unity hack.

The decision to have an open or closed hearing is personal and dependent on the circumstances of each case. If the accused feels comfortable that publicity or openness will help their case then they should opt for it. There are numerous reasons for an accused not to seek publicity. The circumstances might be embarrassing. Supportive witnesses might want the confidentiality. Future job prospects might be jeopardized in cases where the teacher is terminated.

Remember, transcripts of the proceedings are taken. If a "closed" hearing is appealed the transcript becomes part of the public court record and will be acessible by anyone.

Giving advice that accused teachers should always opt for one or another option is irresponsible. I am not a union hack.

"Giving advice that accused teachers should always opt for one or another option is irresponsible."

Absolutely nobody has ever given such advice on this site.

You did give many arguments for a closed hearing? Can you give a few for an open hearing?

You do make a point. However, I will still stand by my post that it is usually best to have an open hearing since all parties must be careful to follow the rules with another set of eyes on them.

Furthermore, many teachers are too emotionally involved with their hearing to clearly hear everything said. To me it is important to have another set of eyes and ears at the table with me, if only for moral support.

By the way I know that you are not a union hack.

What percentage of teacher opt for open hearing? 20 percent? or less?

Don't know. The parties do not like to provide information of that nature to the teachers.

The final hearing panel reports are public records under the New York Freedom of Information Law whether or not the hearing was open.

The book "Teachers on Trial" by Prof. James A. Gross, although published over twenty years ago, is an excellent reference to help prepare for an Education Law §3020-a hearing.