How Joel Klein Is The Blame For Teachers Like Alan Rosenfeld Who Has Been In The "Rubber Room" For Almost A Decade. 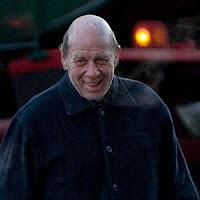 I read with real amusement how the New York Post reported about a teacher, Alan Rosenfeld, who has been sitting in a DOE "rubber room" for almost a decade while collecting his full salary. What the New York Post seemed not to understand is that the real cause for Alan Rosenfeld receiving his full salary for doing nothing for nearly a decade is Chancellor Joel Klein himself.

A little history is need here. Alan Rosenfeld was charged under New York State Law 3020-a by the DOE and he went through a full 3020-a hearing and after the independent Arbitrator heard all the evidence against Mr. Rosenfeld, decided that he was only guilty of one minor charge and gave Mr. Rosenfeld a one week suspension without pay. This Arbitrator dismissed all the remaining charges as being unfounded hearsay and expected Mr. Rosenfeld to be returned to the classroom. However, along came Chancellor Joel Klein who decided that a person like Alan Rosenfeld should not be in the classroom and sentenced him to a permanent stay in the "rubber room". This is known as "Chancellor discretion".

Now I ask you. Who is responsible for Alan Rosenfeld receiving his full pay while spending a decade in the "rubber room"?
The answer? It is Chancellor Joel Klein's fault. If Chancellor Klein didn't want Alan Rosenfeld back into the classroom then he should have offered alternate work. Given Mr. Rosenfeld's experience in rel estate and law, he would have been an asset to the DOE's School Construction Authority and work with the ever-changing legal staff that come and go at Tweed. Mr. Rosenfeld's expertize would have been welcomed in two areas where the DOE has had problems with. I'm sure many of my readers Remember this? How about this? Or maybe this? For Chancellor Klein not to use Alan Rosenfeld's experience is not only a shame but an inefficient use of personnel.

The New York Post once again gets it wrong, the real villain is Chancellor Joel Klein, he and he alone is responsible for leaving a valuable employee who has much to offer in the "rubber room". Tweed's "Children Last" continues.
Posted by Chaz at 6:35 PM

The Post is turning, or has become, Pravda for the DOE.

As ususal you are right on target. Klein's pattern is to create an issue (reassigned teachers in the over crowded and expensive rubber room gulag or excess ATR's in his school-closing frenzy) and blame others - mainly teachers - for it.
Mr Klein chose not to assign Mr Rosenfeld back to school. Klein's deliberate decision to fritter away taxpayer dollars is between himself and the mayor. That is bad enough. To pretend any portion of his decison is due to the actions of Mr Rosenfeld is...well, typical Klein.

Mr. Rosenfeld is not the only teacher who was expected to go back to the classroom after having undergone the mind altering torture of a bogus 3020 a process.

The fact remains that teachers in Mr. Rosenfelds position have certain rights under the law. One of those rights is property rights.

Mr. Rosenfeld had the rightful expectation of being able to work in summer school and in other per-session activities.

He was denied the ability to advance in his career. He suffered pain and suffering as a result of his illegal incarceration.

Mr. Rosenfeld has been smeared in the press.

Mr. Rosenfeld has suffered the loss of what is what we consider a right, his good name. He will not be getting that back.

The folks who make up this class of victims should sue the DoE and those complicit in this atrocity for money damages in a Federal Court.
After all, they have standing, since the crime was committed by the "government".

The local rags are in fact the propaganda machine of the little dictator and his evil henchmen.

Imagine if the little bastard threatened to have his cronies pull their advertising from the local rags.

The little despot has reached the crunch point. With his bozo of a chancellor getting dressed down in Albany, and the city wide rebellion over mayoral control, things are actually looking up.

However, it's going to be a tough road to travel. The union should float a dozen more lawsuits against him just to keep him busy.

In fact, anyone who has any type of grievance should bring the little mayor and his lackies to court. Just because we can.

Are Klein and Rosenfeld related? They have similar physical features. That may explain Klein's treatment.

I think it is unfair to compare Alan Rosenfeld's features with Joel Klein. Nobody I know is as ugly, inside and out as our Chancellor.

There is actually more to this story, Chaz....not that anyone is listening. Rosenfeld treatment is indicative of the way both the DOE and UFT treat teachers. While it might be expected that the DOE would use Rosenfeld to spin a story away from its own incompetence it is rare that a true labor union would consistently abandon its members. There are no guidelines on what one is permitted to do in the rubber room. While i was there an administrator tried to ban mp3 players, computers and other electronics. This was quickly reversed when I threatened to go public. Can you use your cell phone? If so, who can you call? Rosenfeld has been informally charged with engaging in a law practice and real estate busines while in the rubber room. This is absurd. He has not taken a day off in over 10 years. Pretty difficult to run such businesses while reporting to Chapel Street every school day. Trying union members in the media is unconscionable. Our union should hang their collective heads in shame for remaining conspicuously silent.