Why Mayor Mike & Chancellor Joel Want To Eliminate Teacher Seniority. They Are Trying To Destroy The Teachers' Union 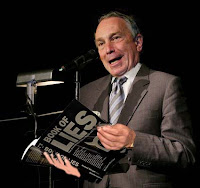 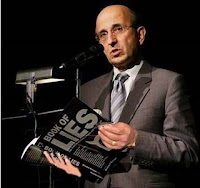 Now that the "rubber room" problem has been resolved (maybe). Mayor Mike & Chancellor Joel have now focused on eliminating seniority for teachers. The two of them whine that they would have to lay off "good teachers" while keeping "bad teachers" due to seniority procedures of "last in, first out", a staple of the Civil Service System. They have recruited two, soon to be defeated, politicians to sponsor the "KEEP Act" that would allow the Principal to decide who to keep and who to terminate. Furthermore, they have allies in some naive "newbie teachers" who have developed a website supporting the "KEEP Act". This "divide and conquer" policy is destined for failure as both leaders of the State Legislature have claimed it "dead on arrival". However, look for the propaganda rags of the New York Post and New York Daily News plead with the politicians to save the "good teachers".

It takes an average of 8 years (6-10 years) to reach their peak as a teacher. Once a teacher reaches their peak, unlike an athlete, they maintain that level for decades to come. Teachers are not athletics that see their skills deteriorate over the years. On the other hand 50% of the "newbie teachers" fail to last five years in the system and some of them who start off trying to conquer the world become hardened and skeptical in the next few years as they leave the system before even being vested! Therefore, how can a "newbie teacher" be a "good teacher" when compared to an experienced teacher? They can't but don't confuse Mayor Mike & Chancellor Klein with these facts.

How come Mayor Mike doesn't propose to eliminate seniority for police, fire, and sanitation? Wouldn't the athletic component actually apply in these jobs? Of course they do but the real reason is simple, he does not like teachers and would just love to break the powerful teachers' union. Give it up Bloomie, just offer "buyouts" and the bogus seniority issue disappears.
Posted by Chaz at 6:47 PM

You are painting with a pretty wide brush here. Not all teachers become excellent after 6-8 years and maintain that excellence...come on!

The burn-out rate kicks in and some become zombies waiting for 17 more years to pass until they can retire.

There are always some exceptions. However, it is a false argument to claim that a "newbie teacher" is better than n experienced teacher. How come the same rules don't apply to police, fire, sanitation, doctors, etc?