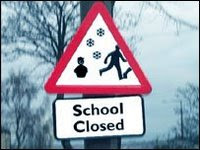 Michael Mulgrew, the President of the UFT has allegedly called Chancellor Joel Klein "numbnuts" at a union meeting last month. "Numbnuts" is defined as "a person of severely limited intellectual prowess'. While I would like to believe our Chancellor is stupid, the reality is much different. Chancellor Joel Klein is not stupid but just evil when it comes to the experienced classroom teacher and the students they educate. Under his eight year destructive leadership we have seen clueless non-educators run the DOE and who are responsible for closing 91 schools to be replaced by Charter or small schools. Klein's disciples have caused the following problems. The creation of the ATR crises, the almost sevenfold increase and overcrowding of the "rubber rooms", the "fair student funding" fiasco, a threefold increase in unnecessary paperwork, "Leadership Academy Principals" with little or no classroom experience, The increase of headcount at Tweed at the expense of the rest of the education system, and worst of all flat scores on the NAEP's and the SATs.

Now the evil Chancellor wants to go after seniority, tenure, and have disposable teachers who leave the system before being vested for a pension or retiree health benefits. Furthermore, he would like to see more Charter schools at the expense of the neighborhood schools and does not want the Charter Schools to have to take students that are English Language Learners or have disabilities. The more "at risk" children going to the neighborhood school, the better the phony comparison between the neighborhood school and the Charter school that "cherry picks" their students. He also wants the Charters to be located in existing schools and take scares funding from the public school system. It is like having the "fox in the hen house" as Chancellor Klein and his non-educators devise ways to hurt the public school classroom.

"Numbnuts"! I wish this was true for Chancellor Joel Klein. Unfortunately, for the New York City teaching profession and the students they educate, Joel Klein and his awful policies are just plain evil.
Posted by Chaz at 4:57 PM

And I thought "numbnuts" was a curse word. I just liked that we were saying something bad about him.

Evil may be more accurate.

You should see him up close!! You think, "This is a human being!! Look at him play with his Blackberry!" No one should actually look so ugly and have such a nasty demeanor unless they are a troll. I'm sure his ass got more than kicked when he was a boy growing up in Queens or however the legend goes. Hence, poor little Joel is a bully who needs a scapegoat! I agree with Chaz...Chancellor Joel Klein is the embodiment of evil!!

can you help us put an end to NYC public school bullying by posting this survey on your blog?

It is just astounding how the media just ignores the hypocrisy that comes from him. How do you determine a good teacher? He has no clue.

I actually spoke at a PEP meeting and saw he playing with his blackberry and told him that if my student did that to me I would call his parent. Mr. Klein looked up and said I am not your student and I don't need to be lectured by you. He promptly went back to his blackberry.