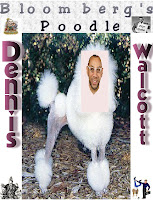 Yesterday the New York state Senate held hearings on the State educator disciplinary laws, known as State Law 3020-a and called selected witnesses to testify. Absent were any educators that was subject to this process. You would think the Senate would actually call an educator or two that were involved with the process but of cause they didn't. Instead, they called selected leaders with little or no understanding how the process really works and heard their own spin.

For example, representing the DOE was the Mayor's poodle, Chancellor Dennis Walcott, who made a point to vilify teachers as he attempted to get the Senate to change the law by assuming all educators are guilty and it would be up to these educators to prove otherwise. His testimony was reported by Gotham Schools here. He simply spouted the Mayor's original contract proposal back when Joel Klein was Chancellor and it can be found here.

What was not said at the hearings was the DOE's complicity in dragging out the 3020-a process for years. Or their habit of embellishing, twisting, perverting, and outright lying in their attempts to get teachers to resign simply because a Principal did not like them. Furthermore, nothing was said about how the DOE filed 3020-a charges only to offer deals with 50% of the teachers they charged. If these teachers were really guilty, why offer them a deal? That is what the Senate should have looked at, the DOE's abuse of the teacher disciplinary process.
Posted by Chaz at 7:09 AM

Ia there any discussion about how administrators will be disciplined if the charges against a teacher are found to be the result of administrative abuse?

A year to fire a teacher convicted of manslaughter?

How about almost 5 years for making an alleged inappropriate comment? Blame it on the DOE not the teachers or the 3020-a process.

Blame the DOE and not the teacher.

How about charging ('just cause for dismissal')a teacher for misrating five essays he did not rate that an arbitrator subsequently ruled were not misrated in any case:

Chaz, what was the comment made? It is hard to judge unless I know what the comment was. I can only assume that you are down playing it as minor.

Let's get real and identify the real problem. The DOE.

Anonymous said...
This comment has been removed by a blog administrator.
9:32 PM

You keep on repeating the same asinine question and never answer the questions put to you. I will delete any of your comments from hereon in.

Anonymous said...
This comment has been removed by a blog administrator.
10:03 PM

Just shows how ignorant you are.

Just ignore the idiot. I don't know what he said but it reflects on him and not on you. You already told us what happened back in February.

I have seen that the city hired 500 newbies to teach in "areas of demand" such as special ed. I have been teaching 2nd grade in Queens for 4 years but am in danger of losing my job if layoffs occur, even though I have tenure. I have a degree an undergraduate degree in elementary education and a master degree in special education but I was never approach about switching to special education to save my job. Why is the union not fighting this? Also, there is a first year special education teacher in my school who’s job is safe but mine is in danger. If it saves my job I have no problem switching to special education. Once again, why is the union not fighting this? Don’t I have seniority over these teachers? These seems really messed up.