The DOE Assignment Algorithm Is Simply A Fraud And Our Union Actually Bought The DOE Line, "Hook, Line, & Sinker"! 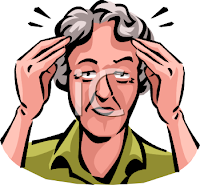 Now that I am going to my fifth school and have already contact the Administration to see if they have a vacancy at the school in my subject area, they do not. I can safely say that the $4 million dollar ATR algorithm developed by the DOE is a failure. It is very obvious to me that the DOE algorithm simply randomizes the ATR's schedule within the District's schools without any thought of which schools are the best fit for the ATR. In my case, my first ATR assignment was in a school that didn't teach my subject! What is most disturbing is that our union claimed that the DOE algorithm was developed with the goal of matching the ATR with the proper schools that have vacancies in their field. It is very obvious to me that THE UNION LIED TO US!

It is bad enough that the DOE treats the ATRs as "second class citizens" and at the same time refuses to punish principals who hide vacancies which one ATR claims that the school she is in has five. But it is worse when our union leadership lies to us by telling us the DOE algorithm was well thought out and it is a great chance for ATRs to obtain a position. Worse is the union's inaction and lack of concern that principals are hiding their vacancies. In one outlandish case that I am personalty acquainted with the Principal refused to hire an ATR in a hard to place subject, despite the Assistant Principal's request to hire the ATR. Instead the principal hired a day-to-day sub who is not certified in the subject area. Just another outrageous example of "children last".

Sure the union will tell you how ATRs are offered vacancies but what they won't tell you are the vacancies are in the:

Unfortunately, the union's propaganda machine continues to make the ATR crises into lemonade and it is not working. We ATRs see through the union's deception and it still is a lemon, sour taste and all. Tthe union needs to change their uncaring ways and at a minimum, do the following:

Finally, the union's plan to have the Chapter Leaders greet the ATRs is a complete failure. In my case, I only met two Chapter Leaders in the four schools I have been sent to and I actually had to seek out one who was very reluctant to help me. It is one thing for the DOE to abuse the ATRs but it is another when our own union fails to protect our rights.
Posted by Chaz at 4:49 PM

If anyone in power really cared about education and kids you would be in a school with your own classes. Keeping you out is a major loss for our students.

My school this week hasn't a vacancy. I didn't meet the Chapter Leader. I did lunch duty because the teacher who was absent volunteered to it and has it built into his program. The principal "checked" with the Bronx office.
The algorithm is a mockery which Mulgrew ate hook line and sinker. Vote him out! That's our only hedge here. Make noise. Inform the media. Don't let them wear us down. As Dylan put it:

It seems like they want everyone to reach their breaking point and snap..

We need to get this to the media! We are being treated like garbage...it is a shame!

Chaz,
You dont really think that the union bought anything do you? The fact is that the only distinction between the doe and the uft, is that we pay the thugs at the uft for the benefit of working in a union shop. The union lost its legitimacy decades ago. The parasitical pin striped gluttons at the uft see us like cattle. We feed them. They screw us. They are most likely getting paid by the little dictator to hurt us.

Given the institutionalized corruption, it does not strike me as a suprise that the members will spin the atr side agreement against the doe, and saying that mulgrew and his band of merry theives were merely duped. Come on now, people with two degrees cannot be that stupid. The ugly truth is that we pay protection to what is a mob of crooks and liars.
If they are never called on this, what would be their incentive to stop?
Milking us and giving away our rights has been the pattern of behaviour that is the uft. All of you who actually think that Mulgrew and company were fooled by the evil doe, are delusional. The simple reality is that under the supervision of the craven and corrupt uft we will suffer worse in the future.
Mayoral control, bargaining away members due process rights, closing schools, villification of teachers. Gulag rooms. Denial of tenure. No books.

The green mayor now has kids going to other boroughs because he shut down many large high schools. The gypsy sub class of teachers known as atr,s.

Yes, the union has destroyed the profession. Take a look at their fancy website that is for charter schools. Danielson rubric, workshop model. All nonsense promoted by the vichy uft.

If you settle for nothing now, you will settle fo nothing later.
Cheers,
Angry Nog

Wow, you make it sound like everyone is against the ATRs.

Is there anyone not against the ATRs?

unfortunately it is so true that corporations owned by 1% bought the government and everything else including union leaders.

Anon 3:56
I am not sure. I think even the ATRs are against the ATRs.

It is not with big corporations but with the government.

Corporations are designed to make money and that is what they are doing. The government was designed to protect it’s citizens but that is not what is being done. The entire national governmental body is so focused on trying to get re-elected and pissing off the other party that they have loss sight of what their real job it, protecting the citizens of the United States.

The biggest issue in America today is that Congress does not have term limits. Our congressional representatives are so focused on getting re-elected that they have become slaves to big contributors, including big business. Some of these representatives have been in place for 20+ years and they have lost touch with the people they represent. It is not the responsibility of big business to police itself, that is the responsibility of the government and they are failing!!

People should not occupy Wall Street, they should occupy Washington, DC. Instead of demanding big business to stop making money, they should be demanding that the government do it’s job!!!

You gotta laugh. I've been in the DOE for close to a decade and it is downright laughable how inept they run this. I'm sorry, but I have to laugh. yes, I am an ATR and just laugh at how I am absolutely clueless going from school to school out of my license area and I know nothing and they pay me for this. Absolutely incredulous!

The problem is that many of the ATRs, and this is true with NYC teachers in general, is that we don't speak up for our rights.

Look how the classroom has changed. More and more paperwork, technology over real learning, and worst of all the coming of the teacher evaluation matrix that is almost impossible to get "distinguished" but easy to get "ineffective".

The ATRs must join he GEM-ATR committee and let the union know that their inaction has consequences.

Yeah, "term limits"-right. What happens when Big Biz (Bloomberg) is so Big, it BUYS third terms..?

Scumberg's mantra when he first ran was that "he can't be bought". However, he can "buy" anyone, and anything, including the Press, AND destroy the democratic process. Which one is worse-being bought, or buying...?

That list of people against the ATRs was great.

People not against ATRs?

Non-ATR teachers that are honest (they realize that they could be next).

Sweet Girl Tracie, Yes, that's what they're trying to do, snap. All ATRs must keep this in mind and be cool as a cucumber, or else, the DOE will have its fantasy come true: snap once, and you're on desk duty in the district office and next month, termination proceedings.

Shame on the UFT for being so gullible. Either they are extremely dumb and gullible or they are pernicious and are happy to let us die from the sharks.

We've got to embarrass the UFT.

As to the DOE, definitely post on insideschools.org. While the UFT shut down its "Grapevine" site we can still tell the truth on www.insideschools.org
Just BE CAREFUL: The DOE can piece together comments in context, and then go after you.

This algorithm business is so dumb.

I'd like to see how many 7th graders would be gullible enough to believe this nonsense.