According To A Former Stooge Of Bloomberg And Klein All Educational Decisions Are Now Based Upon Political Considerations Than What Is Best For The Children. 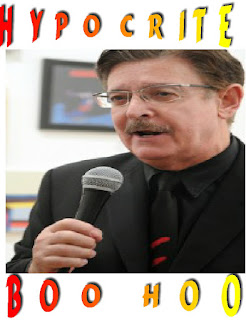 Last week the former Deputy Chancellor, Eric Naldestern wrote an article that stated that all the educational decisions needed to be vetted on what was best for the Mayor's political ambitions and not what was goods for the children.  In his working paper he concluded the following:


The city Department of Education is politically motivated, riddled with waste, and making policy choices that won’t lead to improved student achievement.

Worse is what he said about the Mayor's education policy.as practiced by his ex-buddies at Tweed.  Mr Nadelstern said the following:


(they see] their primary role as creating opportunities for Bloomberg to step onto a national political stage after he [leaves] city government. Education reforms [are] now...evaluated on the basis of whether they contribute capital to the mayor’s political aspirations.


Of course, Mr Nalderstern was no educational crusader himself and as far as I was concerned he quit the DOE because the Mayor did not see fit to make him the next Chancellor and selected the incompetent Cathie Black instead.  In fact, many of Eric's flunkies also left the DOE in this period of Cathie Black.Under Eric Nalderstern's tenure at the DOE and as Joel Klein's Deputy Chancellor,   he implemented many disastrous policies.  His whining about the DOE is just like the hypocrite he is. Remember, wasn't it Mr. Nadelstern who said that two thirds of NYC teachers need improvement? While in charge, everything was just fine even when the same political issues were present at the DOE during this time. Here are just some of what he was responsible for.

In a nutshell, Eric Nalderstern policies at the DOE was "the problem and not the solution" when it came to improving student outcomes. I say good riddance and stop crying since you were a major Architect for the ongoing present-day disaster at the DOE.
Posted by Chaz at 7:41 PM

While the former stooge, was a Bloomberg lackey, it is kind of like police (if they are actually allowed to do something besides write tickets) having to use informants for information. Source might be of questionable (or not questionable at all) character, but if they are giving accurate information, then we have to just kind of hold our noses and say thank you for the help.

I can't tell you how many times I nodded when reading your list of stuff this guy screwed up. The unintended consequences of his actions will be something we deal with for at least a decade.

NYCDOEnuts, I would not call the consequences of this Deformer something "unintended." To be in that position, to have followed instructions at the point of the gun and to see the disasters of my actions due to cohesion, perhaps that word would be applicable, but in the case of this criminal, he knew what he was doing and not to see what would have happened is exculpating himself like what torturers and war criminals have recurred to as a defense for decades. I call him an educational criminal of the first kind. Sorry not to mince my words.