What the Union Must Demand In A New Contract. 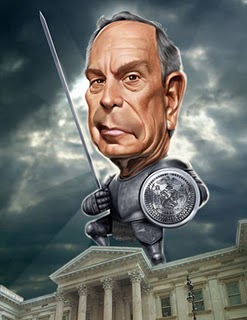 Salary:  At a minimum, the union should accept no less than the "City pattern" the first two years which are two 4% raises minus the 0.55% we owe the City for getting back the two days before Labor Day.  The next two years should include raises at least equal to the rate of inflation in the City which averages 3% annually.  That means that teachers should receive a minimum raise of 13.45% raise for the four year contract that would end in October 2013.  The fact that the Mayor claims there will be no "retroactive raises" makes any contract negotiations with the City highly unlikely unless the union caves in to the Mayor.

Fair Student Funding:  A prime negotiating point should be the elimination of the unfair "fair student funding formula" that forces schools to hire the most inexpensive teacher rather than the "best teachers" due to budget constraints.  This legacy of the Joel Klein Chancellorship needs to be eliminated and allow the schools to really implement "children first" policies. It is time to bring back the long practiced and successful making teachers units. Under the unit method the salary of the teacher would no longer be a factor for principals and they can hire the "best teachers" not the cheapest for their students.

Absent Teacher Reserve: The elimination of the "fair student funding formula"  will greatly reduce the ATR crises and I would be shocked if there were more than 500 ATRs floating around.  Moreover, the union must insist that the DOE require principals to hire excessed teachers, certified in the subject area, in their District before they can hire outside teachers. The combination of the two options would eliminate the ATR problem entirely. At a minimum, the union must get the DOE to reintroduce the November 2009 ATR proposal that encouraged principals to hire ATRs at school salaries the are the same as a "newbie teacher" with Tweed paying the difference.  Under no circumstances should the union agree to an ATR time limit, remember what happened in Chicago? 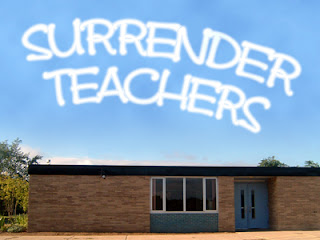 No Givebacks:  Under no circumstances should the union "giveback" anything to the City.  No more time, no merit pay, no increase in health co-pays, and most of all, no weakening of teacher "due process rights".  The Mayor wants us to surrender and make teaching a temporary job with no pensions or retiree health benefits if he could have his way.

While I do not think there will be a new contract until Mayor Bloomberg is gone.  However,  if there is one, the union better not cave in to the Mayor as they did in 2005.  Better to wait for a new City Administration than surrender to the Mayor and his hostile anti-teacher cronies at Tweed.

Solid post, Chaz! I wish Mulgrew and uft et al would come out definitively about negotiations or lack of them instead of being clandestine. Case in point, a chapter leader in the school I am an ATR at told me today he spoke directly with Mulgrew over the summer and was told by Mulgrew that no contract will even be discussed until Bloomberg is gone. So who knows what the heck to believe

I wish you were negotiating instead of MulbergKleingarten.

Great post and I agree 100% with the demands. I am curious where you get the 500 ATR number? My guess is there most likely two to three times your estimate.

The UFT must make public the contract that the Chicago Teachers Union may sign with the Chicago BOE. No doubt Mulgrew & Co will offer the Randi view and explain the differences between the circumstances, that is all B.S. The Chicago teachers halted the ed reform movement and slapped Mayor Emanuel around publicly. That is something the UFT will never do to Bloomberg. The circumstances are very similar if not exactly alike as Chicage has experienced the reform, charter privitization movement long before NY.

The UFT will not give straight answers to many of the most essential questions; nor will it address our most serious concerns.
ATRs please come to a general meeting of the GEM/ATR Committee.

The committee will address ATRs' concerns, which go neglected by our union,
and how to accomplish ATRs' goals.

I think it was Gotham Schools which printed the number 1822 current ATR's.

The contracts for other City workers do not include a step program and do not receive automatic raises.