Bill Gates Wants To Install Cameras In The Classroom. What Nonsense! 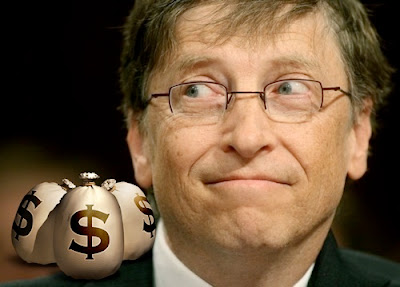 The Gates proposal follows up his many failed proposals such as "small schools" high-stakes testing"and "teacher quality" which has morphed into teacher accountability and scapegoating teachers.  While the education reformers continue to sing the praises of what "Bill Gates" proposes, money talks you know, the bottom line is that none of Bill Gates proposal has helped a child's academic outcome. Now, the clueless in the classroom billionaire has come up with the "cameras in the classroom" idea which he has apparently floated without success since 2011.

In the world of Bill Gates the cameras will show which teacher is doing the job and help get rid of those teachers who are not doing the job.   George Orwell must have had Bill Gates in mind when he wrote "1984" except that it took until 2013 for "big brother" to invade the classroom.  I am sure Bill Gates will claim that his "cameras in the classroom" would improve student academic performance by identifying educational problems such as poorly behaved peers and proper remediation.  However, it will really be used to keep an eye on the teacher and the video will be used by the Administration to remove and terminate teachers who don't follow the education reformer developed rubric.  In other words what Bill Gates is proposing is technology to terminate teachers and not help student academic performance. 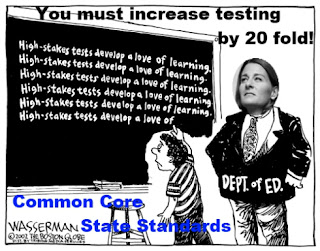 Bill Gates billions would be better spent providing wraparound services to "high needs" students and to "cameras in the classroom" proposal.
eliminate the effects of poverty on student learning.  Instead the misguided billionaire goes after the unreachable and unattainable goal of a quality teacher in every classroom without providing the salary and resources to attract the best and brightest to the profession. Instead his "cameras in the classroom" proposal will further discourage the hiring of quality teachers by treating them with disrespect and distrust and making teaching an unrewarding profession.

Just what we need another clueless billionaire who throws his wealth and power around to achieve his personal goals while not helping the children academically.
Posted by Chaz at 8:40 PM

with cams in the classes...funnily enough...for once the kids will also be accountable....suddenly they will clam up...instead of telling you they just fucked your mother in the parking lot....the behavior in my high school is criminal...disgusting....and unacceptable...

Otherwise we're pretty much on the same page here.

Great idea...with. Class cams...THE STUDENTS will also be accountable....the behavior in my building is abysmal.

Orwell was right, but he won't be taught in the Core Curriculum, so Gates will get his Big Brother dreams to come true. Now you can't even post on Gotham schools without registering with Disq, FB, or Google!
So much for fear of posting a critique of the morally bankrupt Bloomberg School System without fear of repercussions.
Boycott Gotham Schools!

Your blog is most likely the most influential blogs on this market.
Estetiki

Over seas, I worked in an after school prep school that had cameras and microphones in the class room of all foreign teachers. The reason was that the country in question did not like foreigners dating the native women, and the national media stirred up xenophobia over the tragic event on ONE foreign teacher that inappropriately handled a student. The result was the profession-destroying spy system.

The camera/microphone combo made the job twice as stressful. The administrator used it to review every little tid bit, "You're lessons aren't as exciting as teacher X. You're kids are acting up too much. Parents viewing the monitor had this inane complaint, etc." It basically made stress at work twice as bad as usual--and I had a fair administrator.

Since I did not have plans to live in the country long, I ignored the cameras. However, as bad as that system was, I would much rather be the racial subject of an anti-pedo camera policy than the sucker teacher subject of a camera/microphone, political anti-teacher system. Good luck staying employed more than a few years, and make sure you don't give the principal a less than stellar smile one day.