The Real Losers In The Mayoral Primary Are Michael Bloomberg And Christine Quinn. 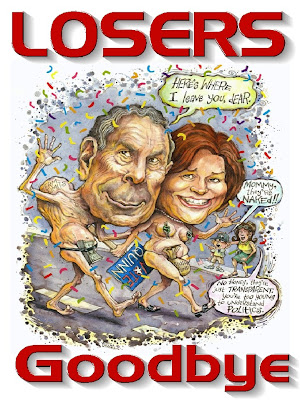 The Daily News published an editorial today that stated that the losers in the Bill de Blasio victory was Anthony Wiener and UFT President Michael Mulgrew.   While Anthony Weiner's collapse to less than 5% was significant, he was a long shot to be Mayor without union support.  While its true that the UFT backed the wrong horse in Bill Thompson, it hardly makes the UFT a loser since many teachers voted for Bill de Blasio and the UFT will eventually support his Mayoral bid. 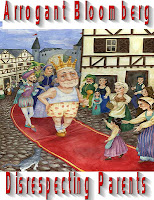 By contrast, the real losers were Mayor Michael Bloomberg, and Christine Quinn who only received 15% of the Democratic party primary vote.  Worse for the Mayor were that the voters in the primary wanted to see a change in the Mayor's policies, especially in education.  Every news media showed that the voters in the Democratic party primary for Mayor were sick of Michael Bloomberg's imperious reign and his micromanagement of the City.  The widespread dissatisfaction of the Mayor resulted in Christine Quinn coming in a distant third and many voters blamed her for Bloomberg;s third term and rightly so.

Who were the real losers in the Democratic party mayoral primary?  It was Mayor Michael Bloomberg and Christine Quinn of course. I say goodbye and good riddance to the two of them.

Bloomberg's education legacy is going is now complete - the election was a total repudiation of everything he valued - He and Walcott should go rot somewhere in their own private hell. and Quinn is surprised? Her views on education are just as terrible Finally a bit of karma

Don't count out Lhota with Bloomberg money we know any election can be bought!