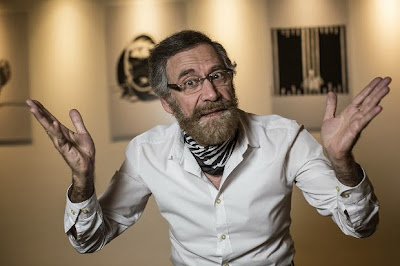 When I look at the New York City Public School System there are things that are being done that's hard to believe but its true.  What follows is a list of items that" I  can't believe it.... but"

That the DOE wastes $160 million dollars every school year by not placing excessed teachers, guidance counselors, and social workers in the overcrowded classrooms in the New York City schools.

That the news media  fails to take Mayor Bloomberg to task when his policies have resulted in rising class sizes, a 14% reduction in school budgets since 2007, and a phoney graduation rate that is significantly inflated  by the bogus "credit recovery system".

That Tweed can keep a straight face by using the slogan "children first, always" when its really Mayor Bloomberg first all the time.

That principals are hiring the cheapest teachers they can recruit and claim they were the best candidates for their schools.

That both the DOE and UFT bury their collective heads in the sand and allow teachers uncertified in subjects they are  teaching  in while excessed teachers in the subject area are treated as wandering gypsies..

That Chancellor Dennis Walcott has "zero tolerance" for staff sexual misconduct but hires a principal who was found guilty in a court of "sexual harassment".

That some naive parents really buy the false propaganda that "newbie teachers" are "quality teachers" that education reformers justify in their public education on the cheap agenda.

That the newspapers can't understand why the municipal unions are angry with Mayor Bloomberg and have embraced Bill de Blasio, the anti-Bloomberg for Mayor.

That the UFT leadership praises the flawed NYS Teacher evaluation System, complete with "junk science" that can cause a teacher to be 'ineffective" while rejecting it for their own charter school.

That Mayor Bloomberg considers his education policy a success while the racial/income achievement gap is actually wider than before he took office.

I'm sure there are many more "I can't believe it...but" these are the ones I am most familiar with.
Posted by Chaz at 5:23 PM

Small school that I am in now in a former big school is a disaster like all the rest . Vscsncies all over the place - atrs and teachers out do license - classes on computer - classes with no teachers. It is criminal

Don't forget the hiring and placement of principals with ABSOLUTELY no teaching experience to run schools and to observe teachers.

Anonymous are you at Murry Bergtraum High SChool? Because that sounds exactly like my school.

I can't believe it that Mayor Bloomberg will be gone on January 1st. Of course his destructive policies will need to be changed and that's "seeing is believing".

who cares what is going on? as long as my checks cash and principals don't know my name, i'm happy

Amazing how many of our "colleagues" are so unfamiliar with the ATR situation. I mean, staff from these tiny schools are clueless. Questions posed to ATRs such as "do you still get paid full salary? and what does ATR stand for??" Some, even more clueless, such as "are ATRs the same as subs or are subs different?" Are you here for the entire year or what?? lol omg......cmon people, you have to know what is going on in your industry cause guess what??? The pool still can grow while bloomshit is still around

Old doenuts here. Each one of those would qualify as a DOEnut of the year!!
Great post, Chaz!

DOE ANNOUNCES DECLINE IN SUSPENSIONS!!
"In a statement, Chancellor Dennis Walcott said one reason for the decline was that schools were intervening earlier to address incidents before they escalate."
Come on Walcott, who is doing the interventions?? With schools having no or one guidance counselor who is overloaded with tons of paperwork and maybe a social worker, who exactly in the schools is doing the interventions??? Just imagine how REALLY effective the "interventions" would be if we had all those ATR guidance counselors and social workers actually working with these students! Add this one to the list Chaz

THE MOVIE FROM 1968 "PLANET OF THE APES"
Remember the famous movie planet of the apes staring charleton heston? This movie portrays a scenario where an astronaut returns to earth after years of space travel only to find out that now the APES rule the planet. Hairy, ignorant simple minded apes become the rulers of the planet and this astronaut cannot believe what he is experiencing. Yes we all remember this famous movie but guess what people,,,we are living the movie now. The system is run by apes and we all are the astronaut

Don't forget to throw in fact that bloombergland took away all the teachers parking passes. And, when I come to school every day I pass by the Principals private parking spot - that is fine however the Principal has a blue parking pass in the window as well.

A decline in suspensions but a marked increase in discipline problems. The discipline code was changed a couple of years ago because there were complaints of high numbers of minority kids being suspended. (I've taught in Bronx and Brooklyn NYC public schools for 23 years and I've never taught a white kid.) Students are basically given free reign to do whatever they want. If a teacher demands action, the teacher is blamed for the problem. Also many students when confronted with their behavior will make a false allegations against that teacher. These are the reasons for the drop in suspensions. ( I just became an atr after the last 8 years as a dean.)