Why The Bloomberg Small Schools Are Really A Failure. 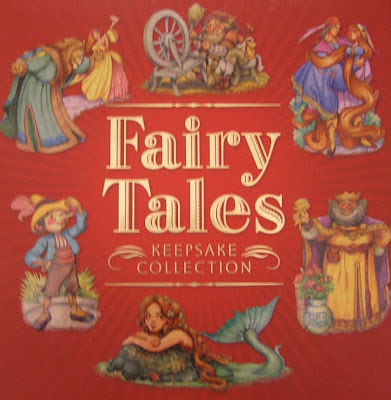 Let's look at what these differences are:

Over The Counter Students:  Few, if any "over the counter students" are placed in the Bloomberg small schools.  These "over the counter students" are composed many of recent immigrants, students released from incarceration or suspension centers, and students not selected by any schools either due to parent indifference or attendance issues. These students historically has not fared well in school and are placed in the large high schools.

Administrative Pressure:  The Bloomberg small schools have a majority of inexperienced and young teachers who seek tenure and are unlikely to fail students for fear of not receiving tenure or being discontinued.  By contrast the large schools have tenured and experienced teachers and are more likely to give their students the deserved grade.

Student Screening:  While the report claimed that the schools were selected that did not have a "screening policy", it failed to take into account the unofficial selection process that these "Bloomberg small schools that discourage parents of students who need additional services by claiming they don't have the resources such as a one-to-one paraprofessional and self-contained classes.

Smaller class sizes:  Most, if not all the classes in the Bloomberg small schools have class sizes that are significantly lower than the large schools and lower class sizes are related to a better academic learning environment in the classroom.

Funding:  The Bloomberg small schools are fully funded with some schools getting more than their fair share while the large schools are only getting 80-90% of the funds they need.

The real question is why didn't the Bloomberg small schools didn't do better when compared to the large high schools given their uneven playing field created by the DOE since the DOE provided the Bloomberg small schools with so many advantages?  The answer probably lies with the quality of administration , the lack of an experienced teaching staff, and inflexible student schedules and lack of extracurricular activities  I wrote about this Here.  It's important that people read the Annenberg study to realize how the Bloomberg Administration "stacked the deck" against the large high schools.
Posted by Chaz at 6:53 PM

you also forget to mention better accessories like copiers and computers


Thanks for exposing the Bloomberg small schools and how they are not academically superior.

Bloomturd is stealing tradition and pride from all students . The large comprehensive high school have alumni, tradition, reunions, support and pride. Not one of these small schools will have any of that . Not one. Not one will last even 25 years let alone 50 or 100. So sad

My daughter went to a small school, not one of Bloombergs. but it was still small. It had a small student body and she found it hard to fit in. Since the staff was small, she often had teachers multiple times, many good but ones she did not get along with. If I had it to do over again, I would send her to one of hte bigger schools.20

Large schools were purposefully set up to close to facilitate the opening of small and charter schools. This facilitation and our uft allowing seniority rights and bumping to cease caused tenured, experienced and senior teachers to be ousted and replaced with inexperienced, untenured, and less costly replacements. Now the most valuable, most experienced, mature teachers are forced to rotate weekly from school to school and endure all maner of indignities as
"ATRs". The union says they saved our jobs, when in fact they helped create the débâcle. Perhaps this is why they won't file a discrimination suit-- they would be found complicit.

This is what I want to know. Who paid for the study? I doubt Duke and MIT did it out of the goodness of their hearts.

We are so tired of all this bloomshit crap that he spews. Any educator I speak with, teacher, guidance counselor, social worker, Assistant Principal, para, school aid, security and janitors and even principals will tell you that bloombergs policies including the small schools has been a disaster and NO ONE is happy, across NYC schools moral is low and most will tell you were just waiting for this insane mayor to leave town and to stop trying to enforce his will on the people who run the day to day operations. I am so sick and tired of reading this "propaganda" coming from the bloomshit doe. THe propaganda here is worse than you see in the middle east. Bill Diblasio however has all these phoney wigs running for the hills panicking aka klein, moskowitch and even our chancellor walcott dont forget puppet (just goes with his name) I was sad to read walcott talk about how charters should not pay rent and bla bla bla but he never once mentioned his own 1.1 million students whom they effect...this for me was the cherry on the cake when i evaluate walcott - a man on a string such shame

A math problem for our readers:
An ATR math teacher with 20 years experience salary $100,000 but school chooses to hire newbie math teacher at $48,000 thinking that the city is saving money by hiring this no nothing kid cheap. BUT, the cheap kids salary, 48000 plus the experienced tenured teachers salary, 100,000 adds up to $148,000 for one teacher. Any questions