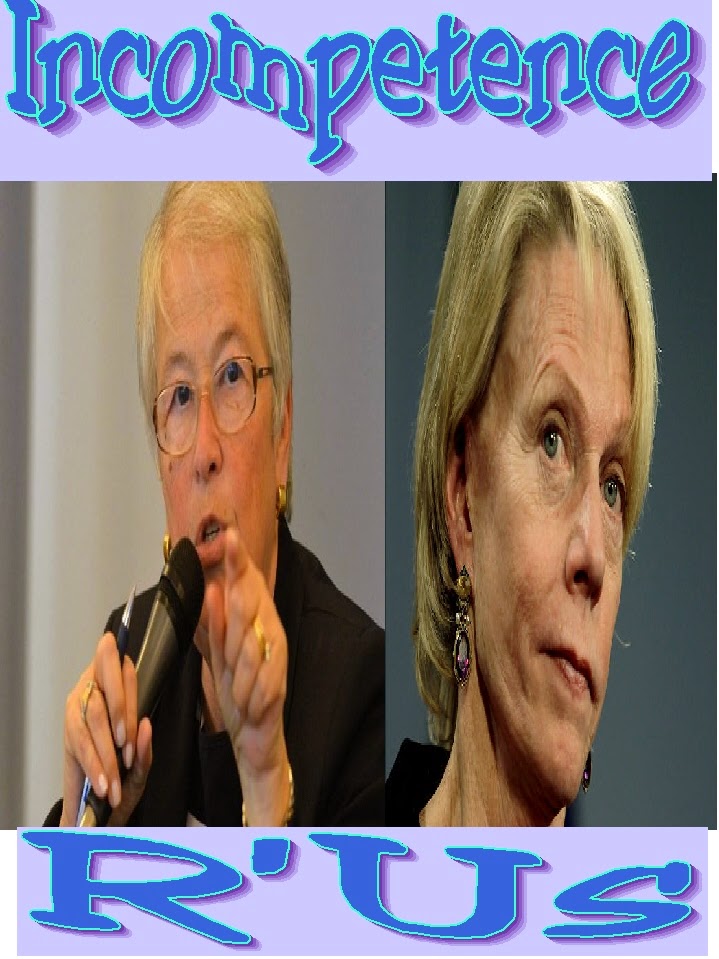 There is an increasing concern among educators that Chancellor Carmen Farina is not up to the demands of heading the New York City school system. Her lackluster, unfocused, and dare say, incompetent leadership has many talented educators frustrated with her disappointing performance as Chancellor.  Worse, she has kept on many of the Bloomberg era personnel who retain their critical policy making positions in the DOE that has made teaching in the classroom a hostile experience and damages the students trying to learn in them.

What's unfortunate, is that Chancellor Carmen Farina, unlike the Bloomberg era chancellors, enjoys unlimited freedom in changing the dysfunctional DOE as the new Mayor allowed her to implement policies that would improve the schools. Instead, she has continued many of the destructive Bloomberg policies including the largest class sizes in the State, freezing the already inadequate school budgets, and continuing the badly flawed teacher hiring and retention policies that hurt student academic achievement.

The pity is that Chancellor Carmen Farina, unlike the last four chancellors, is a long term educator and should have been more receptive to positive changes in the classroom.  However, the reality is that Carmen Farina had bought in to Michael Bloomberg's education reform, rising to Deputy Chancellor before being pushed out by Joel Klein in a power struggle and is part of the problem and not the solution in making the classroom environment a more welcoming place to teach and learn in.

Since Wheat of Farina was appointed and answers to the Mayor and is carrying out the wishes of the mayor. I think DeBlasio and his broken educational promises (other than pre-k)is the bigger problem. The tragedy here is that she knows better-and I think she will gone by the upcoming summer and collect pension #2.

Fariña pulls in 200K+ from her pension alone. Add that to her 200K+ Chancellor position and you've got about 450K. Really? No seriously, really?

Inaction is the new Black in the unfashionable NYC educational lexicon. Farina knows what to do and she hasn't acted. (Cathie didn't have a clue and as such was truly incompetent.) I read Farina's comments saying that schools aren't restaurants and will no longer have letter grades. Bravo! A start, but restaurant managers are still running the schools. They graduated from Sir Bloomy's Hamburger Academy and were deeded a school. Change that and I'll stand up and cheer!

The Chief Counsel of the Department of Investigation is currently reviewing an official misconduct complaint against Farina who was accused of lying to OSI about the substantiated cover-up of Regents cheating at the Cobble Hill School of American Studies when she was Superintendent of Region 8 in Brooklyn and later Deputy Chancellor under Klein. The complaint also indicts current Commissioner of Special Investigation Richard Condon for covering up for Farina and other DOE bigwigs. Accordingly, in the best of all possible worlds, Farina will be removed from Tweed this term.

What a disappointment! I remember when we finally got rid of old cruddy bloomberg the devil himself, and with the revelation of diblasio coming in and winning the election I figured life would be a bit rosier. However, this farina must start to eliminate the stench from old fart bloomberg soon otherwise face a staff of educators who right now are brewing and the temp is getting hotter

I demand that Success Academy educates 143,000 students that are in failing schools.

The Bloomberg money machine is still pulling the strings and controlling the educational policies of DeBlasio and therefore Farina's hands are tied when it comes to making a positive educational changes. It's just a matter of time for the DeBlasio &Farina/Mulgrew honeymoon ending which is really a farce to begin with.

It seems to be 'business as usual' at the Tweed Palace as Queen Farina is acting more like King Klein/Walcott using the DOE Website and Outlook to announce their propaganda such as: increases in test scores, advances in pre-k enrollment, reach out family programs or anything else they think makes them look good to the public.