Another Principal Missing In Action While Nepotism Is The Rule On The School's Payroll. 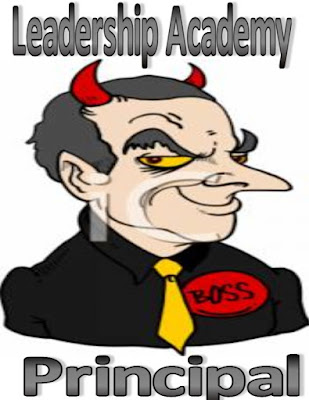 Here we go again.  Yet, another failing Bloomberg small school, with a Leadership Academy Principal, has been exposed for its many failings.  Despite a tepid 56% graduation rate, only 4% were "college ready".  That metric ratio is an astounding 14 when any number over 3 is a school that is a graduation mill and not providing an educational focus on real learning.  The school is the Urban Assembly of Music and Art in Brooklyn with only 387 students.  You can see their school snapshot here.  You can compare the poor performance of this school with the metric ratios of all the Queens high schools and realize that the school would be in the bottom three, if in was located in Queens.

Once again, the New York Post has exposed a school administration for their lack of leadership and in this case, practicing nepotism at the expense of the students' education. The Principal, Paul Thompson,  is rarely seen by students and staff and according to the New York Post article jumped from being a substitute teacher at Bard Early College High School right to being a Principal, thanks to the infamous Leadership Academy, political considerations, and favoritism. The majority of the teaching staff is untenured and turnover is an issue as the school is unable to retain quality teachers. Worse, is that under the school's business manager, nepotism appears to be the rule.

According to the New York Post article, business manager Alma Encarnacion has hired four relatives, including her daughter as parent coordinator, Adam Collado, a cousin by marriage,  Amy Rosa, a niece, and Diana Hernandez, Amy's cousin.  Under Business Manager Alma Encarnacion, its all in the family at the school.

Finally,  teachers have complained that the school Principal has demanded an 80% passing rate and there are are accusations that attendance figures have been altered to show students attending class when they have been missing for weeks and even months since every day a student is absent, costs the school money.  According to the school snapshot not one student in the school received college credit for their Advanced Placement course and the Principal is missing in action when it comes to real leadership, all the hallmarks of a failing school.

The DOE has promised to investigate the situation at the school but I wouldn't hold my breath waiting for the final report since DOE investigators tend to cover up any embarrassing findings that could snare higher ups. To me its business as usual.
Posted by Chaz at 9:48 AM

I know the parties in this situation and let me just say that school is a complete shitshow. The parent coordinator is no parent coordinator....she essentially is a school aide who rides the elevator to make sure kids go to class and scans kids in. Alma gets paid 99,000 dollars a year and acts as a fake ap....this woman has no bonafide education credentials and just got her undergraduate degree a few years ago. What also is not highlighted in this article is how this predominantly Hispanic staff deals with the predominantly black student population in an extremely prejudicial manner. Oh, Alma hired her family, but she also has her close friends working in there too.

I read the Post article and the fact that this principal's wife work directly for chancellor Farina is most interesting. Another friend of Carmen being protected as her spouse allows the school to destroy the children's education as this has been on going for 11 years????

Farina is the king crook. Get her old a$$ out of the school system. The NYCDOE is the most corrupt agency in NYC.

The school is a piece of shit. They dont offer the kids they dont oush them to go to college the office staff dress as if they are students and there is alot of favoratism. Close it down!!

These leadership principals are destroying our schools, and Chacellor Farina is protecting principals like Dwarka, Cruz, etc. We all know it is a shamsham, they can't fool us anymore.

The Fariña connection is going to prove a big deal. This is going to take her down if it proves to be the story. Then, Moskowitz is back in the game. Possible Mayoral run revived.

Finally, teachers have complained that the school Principal has demanded an 80% passing rate and there are are accusations that attendance figures have been altered to show students attending class when they have been missing for weeks and even months since every day a student is absent, costs the school money.

I think that they should just dismantle the leadership academy altogether. It's clearly not producing effective leaders, and I think that speaks volumes about what's fundamentally wrong with this program.

The purpose of the Leadership Academy is NOT to produce effective leaders. It's purpose is to serve as a patronage mill, which it does extremely well.

Why does this person keep doing this?

It's not so much the requirements to get in the program as it is the rhetoric of what the program is teaching the prospective leaders. Abandon all collobarative practices and just run the school as a business.

Fariña and Mulgrew are part of today's anti-teacher culture.