The Rules About "Double Dipping" For Public Employees. 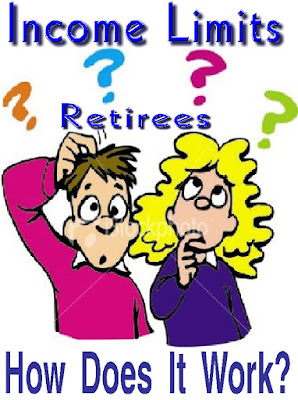 Last week, the City Comptroller, Scott Stringer, identified 11 TRS members who were caught "double dipping".  That is getting a City pension while working a new City or State job.  The rules about working for another City or State public agency while receiving a pension is very clear.  Let's go over them.

A City or State public employee of New York State can only make up to $30,000 while still receiving his or her full pension.  Otherwise, any amount over $30,000 (for people receiving a disability pension the income limit is $1,800) must be reduced by lower pension payments to the retiree on a dollar to dollar basis.  That means for every dollar over the limit, the pension payment is reduced by that amount.   This applies to all retirees who have not reached the age of 65.

A pensioner who reaches the age of 65 has no such income limitations when it comes to another public service job in New York State while receiving their full pension.

Once a retiree is found to have exceeded the income limitation, the agency must demand a refund for the pension over payments or face prosecution.  In one such case a Suffolk County Police Detective Sargent was found to owe $450,000 in pension over-payments when he failed to report his job to the pension agency for years.

There is no income limitation if the retiree works in private industry since it is not considered "double dipping". This includes working in another State[s, public or private sector

The bottom line, unless you are 65 years of age or older know the rules about income limits about working for public service in another position.  You might be working for free if you make over $30,000 for the year.

Hi Chaz, What's the procedure to get the waver? Thanks.

Does this include federal jobs?

The income limitation does not include federal employment.

To get a waiver you need to know someone and be very high up in the organization ( i.e. Superintendent)

Hello Chaz. Have a great week off. A quick question, would you know what happens if a teacher is not observed enough times to be rated? Is it a problem for the teacher? I'm thinking not but do you know what the result is? My administrators are so behind in observations I cannot see them completing all of our staff. Does it go down as NR (Not Rated)?

to 7:57 pm. A supervisor can do as many observations as they choose or none at all. There were several times in my teaching career where I was not formally observed for the year. Back when the B of E was running the show tenured teachers were observed once a year and all others twice a year. I'm sure the current crop of supervisors have their orders about number of times a teacher must be observed.
Don't worry if you don't get observed. It is not your problem.
NR is a new one to me. It is still not a "U."