Why Cellphones In The Classroom Is Like Distracted Driving. Both Are Dangerous To Students And Their Teachers. 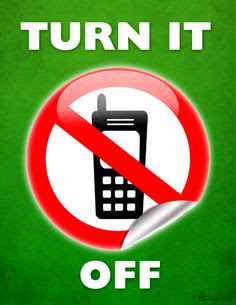 I have written how Bill de Blasio's ill-advised decision to allow students to bring cellphones into the schools have resulted in more unsafe schools.  More importantly, far too many school administrators refuse to discipline students who use there cellphones in the hallways and classrooms of the schools.  Instead they demand that teachers enforce the almost unenforceable cellphone policy without direct administrative action. The result is that most teachers eventually give up trying to seriously discipline the students when given no support by parents, students, and school administrators.  Finally, the revised student discipline code makes it just about impossible for schools to suspend students who refuse to turn over or put away their cellphones and be insubordinate to teachers.

Student cellphone use in the classroom is educational neglect as students are distracted by looking and/or using their cellphone in class instead of taking down notes or listening to the teacher.  Moreover, here are some of the major problems that students with cellphones in school cause.

Finally, using cellphones in the classroom is like distracted driving as one causes an unsafe educational environment and the other a potential traffic accident. Both are dangerous to student education and safety in and out of the classroom. Read my previous post on how Bill de Blasio's cellphone policy has lowered student academic achievement and made teaching with the cellphone distractions a living hell.

The cell phone policy is an intentional attempt to destroy public school education and grow the charter school industry.
Although it is extremely harmful to the educational outcomes of African American and Latino students, the policy will be sustained by De Blasio as long as he is a free man. Minority Children last, always!

It's too bad that a class in the use of the cell phone isn't offered in schools. All students would ace that course, hands down.

Meanwhile, back in the classrooms featuring more conventional courses like history, living environment, English or math, about 50% of what comes out of teachers' mouths has something to do with, "Please put your cellphones away". This is due to the reasons you stated in your essay here--talking on the phone instead of listening to the lesson, texting instead of listening to the lesson, cheating via photos of tests, making drug deals, trying to instigate "evidence" to get the teacher fired, etc.

The outright addiction to the cell phone by students is, in my opinion, as much as an addiction as drugs, cigarettes, etc. The students literally cannot be a minute without looking at something on their phone. If they had control over their impulse to glance down at their phone every 5 seconds, and showed the requisite maturity and dedication--even the simple COURTESY--to listen to the lessons their teacher labored to produce, I would have no problem with them bringing phones into the classroom. Unfortunately, such is not the case. They lack self control, regarding phone use and many other things. Allowing them to have their phones in school is like holding a rock concert adjacent to a classroom. Where do you think their devoted attention will be?

It is wryly amusing that teachers are constantly threatened about their grade stats by admin, yet the same admin lacks the intestinal fortitude to take concrete action against student phone use or even having phones on their person in school. If the presence of the constant temptation of a phone is allowed, how on earth does the admin think grades can be improved? That is chasing a fantasy, placing an unfair onus on the teacher. They might as well demand better grade stats from students who are blindfolded, have cotton stuffed in their ears, and are being subjected to a constant electric shock during lessons.

Dammit, Jim, I'm a teacher, not a magician!

You call DeBlasio's cell phone policy "ill-advised"; I call it downright stupid. These are children, something DeBlasio and his legions of bewildered idiotic non educators simply forgot. I retired 5 years ago from a system that was failing. DeBlasio presently is officially a failure with this cell phone policy. Common sense needs to be restored. It has to be a nightmare to manage a classroom when kids are so distracted by their digital appendages. Moreover, it has created even more of a,hostile work environment that the UFT hasn't addressed at all

I work for the LAUSD but the problems are just the same as you described. I have tried to take cell phones away from students but they refuse to hand them over. Then I had to call for security to take them. Meanwhile the lesson in the classroom comes to a complete halt. Now I keep a roster and check off when I give a warning to a student for phone use. The third warning on that day results in confiscation. It doesn't stop it, but it tamps it down. My rowdy class after lunch has almost continuous use by many students and it does affect their attention to the lesson. When I retire in two years, I will enjoy not having to say over and over each period "Please put away your electronic devices." This situation makes me fear for our country's future.

It is literally unnerving to see so many students recording us in class. Our students use phones all the time, despite our protestations. Admins blame us when they are the cause of the problem allowing them in the school in the first place. Telling a id not to use their phone is like giving them a donut to carry around all day, but then telling them thy cannot eat it! Yeah right!

The problem is that when we say a million times "put your phones away" and we are ignored, nothing happens. Thats the problem. No discipline policy.

You expect trash students to listen. Remember the teachers are racist just like all the cops.

There is opportunity is chaos. Tons of per session and 6th assignments out there. The cell phones have created endless jobs and the regents exams have me scoring for days. So much opportunity. Keep the cell phones forever. The more chaotic, the better!

One rumor was that DeB allowed phones in school so HIS son and his,friends could have their,phones. I saw his son walk by me one morning....he looked like a sloppy , unkept, pothead bum. This is Brown U. material? Must be nice to be king. This phone situation is the final nail in education...disgusting. DeB...where is your brain?

The new rule allowing cell phones in school is just another nail in public school coffins. They WANT public schools to be as unappealing as possible to pave the way for more charters.

ANyone notice over at the fake chalkbeat site that this guy larry littlefield is the only person to comment on any of the fake, phony baloney that chalkbeat puts out. For some reason this demented individual continues to comment on articles with this confusing nonsensical bull shit. The only other commenters there at chalkbeat are others who bash this guy and tell him to shut up as he has never even been a teacher. How strange to see though with every article (and believe me i do not read much there anymore) this guy has something to say regarding pensions. For example the article might be talking about special education policies and larry littlefield comments on pensions. This is one bizarre person who seems to be either boozed up every day or just plain insane as his writings and comments are just that. The real shame is that chalkbeat was a great site when it was gotham news but like everything else the reformies have destroyed the site.

How to Lose Weight said...

Please ensure that DOE and UFT-related problems are being called to the attention of Hon. Melissa Mark-Viverito and Hon. Daniel J. Dromm.

Melissa is the Speaker of the City Council.

Their email addresses are:

It would be helpful to send Councilman Dromm detailed stories about all the havoc that cell phones cause, and then request a public hearing on the issue to be scheduled at a time when teachers can attend it.

Councilman Dromm is a former elementary school teacher and Chapter Leader from PS 199 Q in District 24.

Thank you so much for this insightful and useful information.
online stores dresses