The Teacher Shortage Has Reached The Bronx. 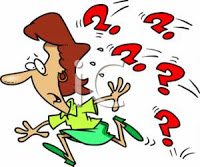 The looming teacher shortage has apparently reached the Bronx. I have been told by various people that loads of vacancies have still not been filled as students showed up to their schools only to find out that they have no teacher in front of the classroom. At the high school level, many teachers are being asked to cover a sixth class in shortage area subjects, which now comes out of the school's budget this year,  In fact, discontinued teachers are now being hired in the Bronx, even if they were discontinued in another school district in the City.

School after school I visit as an ATR in Queens and speaking with different ATRs, they tell me of the many untenured and "newbie" teachers that are the majority of staff members.  School after school, with some exceptions, the teaching staff has the same complaints.  Senior teachers believe they are picked on by the school administration and many are being harassed out of the DOE. While the inexperienced teachers lack the institutional memory to understand how a collaborative school works and never lasts long enough to be a "quality teacher".

The results, especially in the Bloomberg small schools with Leadership Academy principals, teacher turnover is high and  these schools churn through teachers at rates that approach what the charter schools experience.   Combine that with the reduction of teachers graduating from teacher training programs in college and the damage done to the profession by the so-called education refoirmers and their media allies and its little wonder that the Bronx is nlw suffering from a certified teacher shortage.

I believe this is just the beginning of a widespread teacher shortage citywide as the State made teacher certification increasingly difficult and expensive.  Moreover, the low morale, pay, and accountability metrics in the State's teacher evaluation system discourage potential teacher recruits who rather go into more lucrative and respected professions. With 10% of the student population now going to charter schools, the overall teacher turnover will only increase as charter schools experience an average complete teacher turnover every three years.

It may take another five years but eventually politicians will realize that the laws and education policy that hurt teacher recruitment will be changed but by then it will be too late as many quality teachers will have left the school system and the city will be recruiting out of town and foreign teachers to fill the void.  Noit a recipe for student learning for the students in New York City.

I hope it's less. Of course, the media will say it's the unions' fault, which in a roundabout way, it is, because they will never admit the truth. That would mean admitting they were wrong all the time, and had a union busting, privatization agenda.

Not that the public will care because that would take the time away from what they really care about, which is whatever Kim Kardashian is up to.

P.S. Sorry Kim, not trying to pick on you, but yours is the first name I think of when comes to pop culture nonsense. That is actually a good job by you.

Chaz. You would not believe what's going on in the Bronx whether it's the Lehman Campus, Clinton Campus, Evander Campus, Columbus Campus, Stevenson Campus, etc etc. Newbie teachers with oddly placed principals to run schools of 350-450 students. It's a sham. Then again, I did get a 6th class (12K). At this point it's not really about anything else but the money. The kids are really suffering and nothing is being done. Oh well, I live in the suburbs.

Abusive Principals like Dwarka have destroyed schools by getting rid of experienced teachers.

The $$$ keeps coming by the boatloads. 12K for an extra class. Wow! Things looking up from my moms basement. 7% return in 325K plus doing 20% of my 108K salary. Man, can you believe this? Doing better than my dentist. Keep complaining.

wow this forum is amazing
1:31 writes about dwarka no matter what the subject is.
5:51 brags about how great his life is.
IDK who to believe

@ 8:46 You don't know what to think because bottom line it all depends on where you land in this system. If one lands in a "good" school (there are many) with a supportive administration (there are many) all is well. One lands in a "bad" school (there are many) with "gotcha squads" (yes, they do exist) one is very likely to vent and complain.
On another note, nothing will ever change with this system. It will be this way for a long, long time. There may be some tweaks and minor changes that appear positive, but essentially, what it is now, it will be in 10 and 15 years. There will always be good schools and bad schools, supportive administrators and those with an agenda to fill. It will not change! Unity will do nothing about this and neither will MORE or any other Caucus that grows slowly and seeks power. It's the way it is and for those in "good schools" life and instruction goes on comfortably for the most part while those in schools run by Dwarka and other vindictive administrators or those schools that serve a difficult student body for lack of a better phrase have drawn the "shortest straw". I feel sad stating that, but it's the truth.
One has to go in, be prepared, give their students their best effort, play the game the administration wants while still attempting to be true to oneself and soldier on. It's not easy, but thousands of teachers do it every day. If one works in a supportive environment, they strongly need to appreciate that. The rest - as unfair as it is, it simply came down to where they landed. 23 year veteran

@8:46 above post is correct. All depends where you are. I'm at a HS in Queens with a very nice admin. We even all go out to happy hour. Take of two cities. Get in a good school.

This data is taken out of context. As someone very familiar with Bronx vacancies, the main issue is not hiring but the overpopulation of the Bronx due to many new residential buildings.

Principals plan for classes based on last year projections. With the new residential housing going up, principals are forced, at very short notice to open up new classes despite lack of room or staff. The vacancies will be filled but the bigger issue is the lack of space and overcrowding due to the additional residential housing projects that are filling up our already overpopulated schools

The 6:11 post is absolutely the truth. Never underestimate the impact of where you are and who you have as an administrator cause those two variables make all the difference in the world. Unfortunately my position was quite the opposite of 6:21. Sad to say that I was in a bad school with a horrible administration, and was discontinued after my fourth year. There was zero collaboration and certain teachers had targets =on there back because the quotas to hand out ineffectives are a big issue in renewal and failing school. It's really a crap shoot. My sister who is also a teacher was in a very good school with a supportive administration and she eventually got tenure. I also have a younger brother who was hired to work in John Adams High school which of course I told him that unless you want your your career to be ended next year do not even consider that school.

Anon 9:59. That may be part of it, but the lack of bodies also comes from the high turnover rate. Not a question.

Tremendous teacher shortage in the Bronx, ask any ATR. I'm in a small high school with 10 vacancies, none that are listed on the open market. No one wants to work here because of the students. All teachers are going to get 6 classes, some out of license. ATRs are in high demand as babysitters. It's all a big secret, tell no one. Yes, good idea, blame new residential buildings.

Because of the changes in the secondary special education tests,there are huge shortages there too. schools cannot get teachers, or are hiring subs or atrs,

Dwarka needs a lot of ATRS, since almost 50 teachers left recently. Nobody wants to work for her.

We have lots of her clones in the Bronx. Some are even worse. Farina needs to get off her broom and start sweeping, then use it to fly back to Florida.

I really don't know how they will fill all the vacancies in the Bronx, it's staggering. Class after class has no teachers, they combined 3 self contained classes in my science class today - so I'm doing 4 teachers jobs and I'm not licensed in Sped and it's completely impossible to teach any of them under these circumstances. What's going on? There's no special Ed teachers. The UFT needs to get involved in this Sped debacle, kids are suffering and teachers.