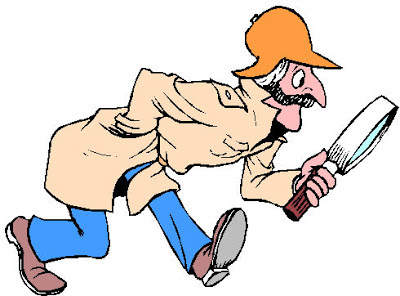 When Mayor Michael Bloomberg finally left office on January 1, 2014.  UFT President Michael Mulgrew saw an opportunity to curry favor with the Bill de Blasio administration and pushed for a long delayed contract for the members. Being his first negotiated contract, Michael Mulgrew wanted to show he was a tough negotiator and his top priority was to get the two 4% raises owed to the members that Michael Bloomberg refused to give the UFT for the years 2009 and 2010.  This is when the story begins.

In the winter of 2014, Mayor Bill de Blasio told his Labor Commissioner, Bob Linn to start negotiating with the UFT and he gave Mr. Linn two demands.  One, that the contract becomes the "new pattern" for all other municipal contracts and two, that the new contract be affordable to the City.  Mr. Linn, a veteran of the Koch administration is a savvy negotiator with decades of experience in negotiating municipal contracts. He quickly realized that Michael Mulgrew's top priority was to get his members their two 4% raises.  Mr. Linn also knew that the City would lose if the UFT had taken the retroactive payment issue to arbitration.  In fact, in the latest PBA arbitration, Arbitrator Edelman emphasized that the "pattern bargaining"  is a mainstay for all negotiated contracts and Mr. Linn was probably 99% certain that the City would be on the hook for billions of dollars and put extreme stress on the City budget.  Luckily for Mr. Linn, he was negotiating with a novice,  Michael Mulgrew.

Mr. Linn dangled the two 4% raises to Mr. Mulgrew as bait in exchange for deferring most of the retro payments out six years to 2020.   Customarily, all retro payments were given in the second paycheck to members after a contract was negotiated.  However, Mr. Linn persuaded Michael Mulgrew to waive the traditional practice and stretched out the retro payments with 87.5% of these payments not given to the members until 3 to 6 years after the contract was signed.   Moreover, Mr. Linn convinced Michael Mulgrew to allow certain teachers who worked during the 2009 and 2010 school years not to get their retro payments.  They included members who resigned, were terminated, on unpaid leave, or died. This forced many teachers to retire rather then fight their 3020-a charges.  Finally, with the urging of the DOE, the ATRs were made "second class citizens" with reduced due process rights for the first two years of the contract before the UFT thankfully allowed it to sunset.

Mr Linn outmaneuvered the municipal unions when he convinced an over matched Michael Mulgrew to accept a contract that averaged 1.42%  for the seven year period, less than the cost of inflation since Mr. Linn was well aware of Michael Mulgrew's eagerness to get a contract.  Further, he also received Micheal Mulgrew's approval to reduce health care costs that has saved the City millions of dollars as the municipal workers found themselves paying significantly higher health care costs.  The majority of municipal unions howled in disapproval, especially the uniformed unions that saw a meager annual raise since they already had received the two 4% raises, the contract was vastly inferior and thanks to UFT President Michael Mulgrew it became the pattern.

To say that UFT President was over matched by Labor Commissioner Bob Linn in negotiating the City favorable 2014 contract is an understatement.  It was like a man negotiating with a boy.

I'm convinced that the only reason Mulgrew was adamant about the retro was because he knew the membership would never vote for a contract without it. Make no mistake, if he thought he could get away with it, he would have thrown that right under the bus too.
And I have to make the claim here that if a dissenting caucus didn't exist at the time, he would have tried to get away with it.

It was obvious to me that Mulgrew was an absolute idiot. His range of idiocy included virtually non-existent negotiating skills. It was obvious that the City had an experienced contract negotiator. So this was like pitting an adult against a 5 year old. What is incredible is that a host of college educated teachers, most of whom already had Masters degrees, readily bought into both Mulgrew and his stinking contract. electing one and ratifying the other. So what does that make THEM? Unfortunately, those of us who knew full well that Mulgrew was a loser and his contract as well were dragged along into the resulting muck with the knee-jerk Unity voters and those too naive to understand what was at stake. Real critical thinking, right? Thanks a lot, guys!

What can I say - even without knowing this , anyone with half a brain could see it was a terrible contract. UFT members have put far too much trust in Mulgrew and his stooges.

Betsy Devos is poison and should not be allowed to run anything let alone the dept of education for the us. Take a look at Detroit schools. take a look at dearborne schools in the once great state of michigan which is now a hell hole filled with right to work for less employees and a school system run to the ground with their charters being the LOWEST PERFORMING schools in the nation. Yes, people, Devos is a debutante who never had a job, grew up rich, married rich and now wants to turn nyc into detroit.....not..gonna happen there will be a revelution before this lame duck thinks she can come here and turn nyc into detroit.
get the fuk outter here

Chaz, your statement that those on "unpaid leave" will not get their retro, is inaccurate. Only those on an "unauthorized leave" are disqualified. Those on an approved leave of absence, -- though they are off payroll -- will get their retro in full, eventually. They will have to wait for the next scheduled retro payment date, on which they will get both the current retro payment, and the one they missed when they were off payroll.

I think this is an important distinction.

That means that a teacher on maternity leave in September 2015 would not get their retros until October 2017. Not fair if you ask me and what if she decides not to come back? No retro payment whatsoever!

That's how the City is saving money. That's how Mulgrew screwed every UFT member. If someone retired before 6/30/14 they got all their retro in a lump sum, but if you retired 7/1/14 or later the retiree has to wait for their retro payments like working UFT members in 2017, 18, 19 & 2020. The City did that purposely because they know that some retirees will pass away before 2020 and then they don't have to pay. The same if someone resigns. The City is saving a bundle and Mulgrew let that happen. How much will he give back in the next contract. Mulgrew's famous words are "Retro isn't a God given right."

If they eliminated Danielson's and went back to the old S and U system, I would be much happier. Danielson's is a tool for torturing teachers. Admins just circle the boxes on the rubric according to how much they like you or not. I had one AP (really bad one) give me mostly 2's on a lesson. Then the Principal saw a nearly identical lesson and gave mostly 3's. Our ESL teachers (2 of them) both did the same lesson, but got completely different scores. Teacher's at my school loathe observations because of the capricious nature of the Danielson's system.

I honestly don't know why anyone would go into teaching these days. We get so many fresh-faced newbies coming in my school. One girl, who was student teaching in our school three years ago - I thought she was a really good person so I privately counseled her to leave teaching before getting sucked into the system. She wanted to 'give it a try.' She got hired in my school. It's a bizarre world of oppression and Danielson's tyranny. She said to me not five days ago, "I wish I would have listened to you three years ago."

I did not gloat. I told her to not quit until she found something better, as she wanted to quit that day. She stayed, and I've helped her with strategies to keep her awful students busy. I just wonder about all the other (mostly white) young and dumb idealists who think Freedom Writers was an accurate movie. So many I see get so chewed up and run away.

UFT members on approved leave at the time of a payout will NOT get the final payment until a year after the payment in 2020. So I was on FMLA leave in Oct. 2015. The UFT told me unequivocally that I will now always be a retro payment behind. In October 2017 I will get the 2015 payment, in October of 2018 I will get the 2017 payment, etc. so my final payment won't be made until 2021. I asked what would happen if I took another FMLA leave during a future payout and was told by Abrams then my final payment would be moved to 2022.

How can the UFT do this to their members? The City is waiting for someone who is on a leave (approved) to not return at all. They want people to resign or pass away. That saves the City a lot of money. Mikey let this happen. He's an idiot and someone greased his palms to go for this, but the only people to blame are the voters who said yes to this rip off contract.

So, if Deblasio is reelected-and he probably will at this point--(assuming he isn't indicted)--what should union members expect of Mulgrew when he negotiates the next contract?

@ 7:19 "I just wonder about all the other (mostly white) young and dumb idealists who think Freedom Writers was an accurate movie." You mean Hollywood movies where the students yes are a bit lost in society but are actually articulate, can read and write on grade level and where all the "hero" teachers are only seen teaching one class. Yeah I kind of fell for that myself over 20 years ago.

Keep voting for the corrupt UFT, teaches keep ratifying any contract he presents. Everyday there are more bad administrators virtually destroying our schools.

This is why I am retiring the day before this present contract ends. I am sure things will only go downhill from here on out!