How Safe Is Our Schools? Not Safe At All According To The NYPD. 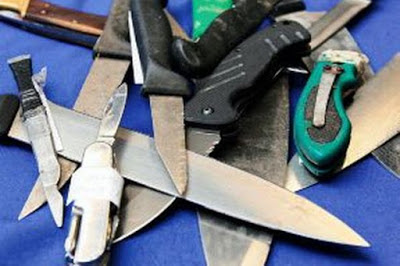 In the first semester of the 2017-18 school year saw a spike in arrests summonses, and use of restraints by the NYPD in the New York City school system.  The Daily News article reported that the major crimes in the schools increase was 8% over the same period in the 2016-`17 school year.

The figures published Friday show reported incidents of major crimes in the public schools, such as larceny, arson or robbery, rose to 163 in the period of October through December 2017.  That's up from 151 in the same period in 2016.

Obviously, the weakened student discipline code, the emphasis on restorative justice and reduced suspensions have empowered misbehaving students to commit offenses that require NYPD intervention.  Mayor Bill de Blaio may claim the schools are safer but with arrests up and students feeling less safe, the opposite is true.

Are the New York City school safe?  Not according to the NYPD statistics.

Mulgrew silent as usual: Everything is just great! When our loudest voice is coming the NY Post you know our problems are deep. When & how do you get rid of this POS?

What do you expect? We have a mayor who suffers from ‘white liberal guilt’, a chancellor who hates teachers, principals afraid of parents and kids who know how to get teachers in trouble.

How many times have we reported kids and been told ‘why did this happen?’ And admin does nothing.

Until we answer honestly some important questions and bring back real discipline the job will get worse.

With the doe wanting 22 year old teachers, crime will go up bc they will be friends with the kids

Mayor De Blasios record is evidence for why mayoral control has failed badly.

Mayoral control is just bringing more politics into the public school system when we should be finding ways to get rid of the politics. Politics has no place in schools.

I agree with everything written (except ‘white liberal guilt’-I think it’s policies of an lenient parent), but I also want to add that we should notice that this increase lines up with who is in the Whitehouse. I think his hostility and the people who he supports has added stress and violence across this nation. The students are not immune to what is going on in the world. And, I’m not saying it’s an excuse, it’s just an observation.

Again, this all can be explained very simply. The system is the way it is currently because it has to be this way. Students are passed along without reaching standards because if standards were adhered to, the system would literally have tens upon tens of thousands of kids who never make it passed 6th grade. Students are not held accountable for discipline issues because if the system had true accountability for student behavior, the system would literally have thousands and thousands of students suspended. The system can't have that. The system is a monster, and the monster is, unfortunately, not going to be destroyed. In fact, the way our society is going, it will only grow more uncontrollable. The monster will leave you alone however if one knows the "game" and how to play it. It's sad to admit it. It really is. I know my explanation is simplistic as to why this occurs, but it's true.

No one’s talking about the fact that Mulgrew has not said a word the Floridian Klein backing out as chancellor. This guy was vetted by Eva Moskowitz, so who’s coming next? The reason Mulgrew has not mentioned a word is that his head is still so far up Bill‘s ass that he hasn’t been able to extricate it yet. When he does he will reach for the nearest sandwich and go back in.

I’m not a trump fan, but to the above poster, the way things are have nothing to do with who is president.

When we stopped suspending kids and started with student rights, all of this started.

We have a mayor who ‘feels bad’ for people and doesn’t want discipline. He wants counseling.

A chancellor who is a bragger and ego maniac.

I do not give one iota about the kids. I’ve tried and been burnt.

I care about my own survival.

I care about my sanity.

I care about not being called into the office.

If I could leave today and work at enterprise rent a car and make the same pay I would.

We did two years of 'circles training' for 'restorative justice.' We never really implemented it though because it is so time consuming and in the DOE they run it like it's a sweat shop as is. The admins were the first to forget the program. Then we did too.

How many millions were wasted on those new age trainers who tried to make us believe that native American Indian culture was peaceful and that all they did to solve problems is sit in circles and pass 'talking pieces' around and spill their emotions on the table?

In the end, we stopped suspending students long ago for offenses that would get them arrested if they did it outside the school.

7:38 wrote: If I could leave today and work at enterprise rent a car and make the same pay I would.

Can I second that?

Definitely agree that mayoral control is a failure. Though I'm not sure there would be much improvement if it was done away with.

The increase has little to do with the President. Maybe. But I doubt it. NYC schools have always carried a bit of trouble to them. Go back and read newspapers from the 90s and read about high schools of hell and stuff.

While restorative justice is a noble idea, if implemented poorly without the proper training, it's just another bandaid on a gaping wound. Suspension isn't great, but sometimes necessary. Also, schools get put on "this list" for reporting incidents. So they keep them quiet. The system is designed to punish schools who follow the rules.

You covered the problem quite well and realistically.