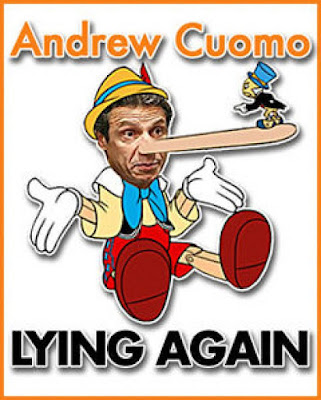 
The New York State budget supported by Governor Andrew Cuomo has tucked away in it two new pro union items.  First and foremost is the right for the union to eliminate union benefits, other than salary and basic health benefits from members who "opt out" paying union dues.  You can read it Here

For example for teachers the disciplinary 3020-a hearings for educators will require the educator to pay for private lawyers rather than be represented by NYSUT attorneys.  Moreover, welfare benefits can be withheld, depending if it's contractual.  Finally, internal investigations might require the educator to hire a private lawyer to  represent them rather than be supplied by a union official when interviewed by investigators.

The other item tucked into the budget is that union dues are fully deductible by the State.  Obviously Governor Cuomo is appealing for union support and wants to put in the past his pro charter school stance, the underfunded .education budget,  and the punitive teacher evaluation system he rammed through despite teacher opposition.  Let's not forget his support for education deformer John King as NYSED Chancellor.  Once he is reelected look for the Governor to change his pro union position once again.


I guess most of us will still be paying union dues even after the Janus decision.
Posted by Chaz at 10:19 AM

Unless you're an ATR planning on retiring this year, now with the new ruling it makes no sense for anyone to opt-out. Union cronies: 1 Accountability to Members: 0

His evaluation system sucks. It is not “in the past”. Every teacher hates it and thinks about it every day. Maybe if evaluations go back to the local level and s/u teachers will start liking Cuomo again. Ad for now, he is no friend of ours,

This news sucks. The UFT is more than likely going to continue to ignore the rank and file. Unless we can all get a good education lawyer on retainer, we are stuck with the UFT. Maybe the few educational lawyers in NYC will start advertising for group rates. (I am serious about this) The majority of teachers I know who were brought up on charges used a private lawyer after realizing the NYSUT lawyer is not always a good idea. Thoughts???

Something "new" to cry about!! @4:26pm wow! more talk about lawsuits. what idiots you all are. you talk tough and pretend your proactive but in reality your all just crybabies who are getting what they deserve. your colleagues around the country are walking out, standing together and getting what they deserve and earned. nyshitty teachers just whine and pretend they actually can teach.

He's no friend of ours is right...

No friend of ours is right...

Please write about what Cuomo did today with the Working Families party and made the other unions leave the party . This guy is a the biggest bully . Like her or not , she has brought out his true colors a complete ego maniac and if he doesn’t get his way he’s a bully

Need some advice from the street attorneys, union experts etc...

The poo poo is about to hit the fan in the school that I am assigned to until April. The principal just told his dean that he can't dean anymore and must go back to teaching 5 classes starting on Monday. Dean hasn't taught 5 classes in 4 years and is flipping out. He called the old chancellor, the new chancellor, Dorito Gibson, UFT and even the mayor's office. I told him I can get him an answer by Monday from my many expert friends on here while letting him remain anonymous.

Anyone familiar with the contract? Can the principal send him (dean) back to the classroom? He is licensed in Math and the principal claims he is in a budget crisis and short a teacher but the real reason is because the dean does his job well, suspends kids and takes no poo poo from the administration, parents and the kids. He even called a kid "hemoroid" right in front a parent. Kids name was really "Henryoid". Also, the dean does not hide anything and reports everything.

Need an answer ASAP. Dean is flipping out and having a heart attack.

RE: THE PETITION. Teachers in NYC hate the current evaluation system. The reason "only" 750 people signed it is because most teachers in the city do not know about the petition. Not to sound crass, but not a whole lot of teachers read all the educational blogs. I bet if the UFT sent out the petition to every members personal email, that tens of thousands of teachers would sign it. The one good thing is that at least the UFT sent out a survey a while back asking questions about our evaluation system. The million dollar question is if the UFT will actually listen. At the very least we should get 2 observations like the rest of the school districts in the state. If the UFT does not ask/push for 2 observations they are basically spitting in our face. They can ask that the DOE allow for tenured teachers to have the ability to CHOOSE 2 observations. If tenured teachers want more than 2 then they can have that choice at the start of the year. On the flip side, I am delighted that NYSUT is actually pushing the state legislature to make the change to get evaluations back to the local level. This seems like a no brainer for Cuomo who want to be a pal with us now. Making the change to local evaluations would take the legislature no more than a day to craft that law and get it singed within a week. They would not need to spend months creating some new evaluation plan. They probably do not want to do that to begin with.

The one great thing to come out of this recreation marijuana. Cynthia Nixon still gets my vote. Unfortunately I guess I’ll have keep paying dues.

Most people I've spoken to are very satisfied w their NYSUT attorney. It's a $15,000 benefit, give or take. Some private attys are terrific, of course, but the outcome is usually the same.

When I'm being plucked from a raft in the open ocean, I don't ask if the rescue ship's captain is a bully. Eval comes and eval goes, but when ur dead, ur dead. I'm warming to Cuomo.

A colleague just had a hearing where he grieved last years rating. At the hearing, the UFT lawyer was useless, my colleague essentially represented himself. This isn't the first time I've heard of a fellow teacher having this experience. It seems the choice is pay your dues and have ineffectual, incompetent representation, or save your money and pay for a lawyer if and when you need it

First off there are NO lawyers for teachers at ratings hearings. The “ratings advocates” are all licensed educators. Either employees of the union (usually retired teachers) or in-service educators.

With this new law. You will still not be allowed a lawyer because those are administrative hearings not legal proceedings. If you are not a member in the future, you can bring a fellow educator. Good luck with that.

As far as the current advocates they are some of the best and brightest people that ever went through the doors at the doe.

Your colleague was part of the less than 2% of all educators who got an adverse rating. Why do you think he or she (a 2 percenter) is better than an educator who was rated satisfactory for 30 years, went the rigors of a training course and has done hundreds of hearings.

How about your colleague buy you a recording so you can find out what really happened.

@ 10:05 you MUST have graduated from the NYShitty school system! "Eval" really and you are a teacher. stupid teaching stupid!!! it doesn't get any better.

yes the dean can be sent back to his License at any time, and if he is suspending students without the principals permission the consequences could be far worse.

I disagree. I don't think the outcome is the same. Especially when someone is told not to talk, and to let the lawyer do the talking. That's what UFT lawyers tell you. I know someone for whom this happened. At that point you lost your right to an appeal in a real courtroom. Judge will not hear a case in which you did not defend yourself. A private attorney is not a member of the club and the DOE cannot use their old tricks where the UFT will turn a blind eye. Yes, believe it.
And I think you can get representation for $5000.

Poor dean now has to teach 5 classes. Why do deans think they are exempt from teaching like everyone else? The position should be rotated. You say this dean is good but most deans I see are practically useless. And they walk around like they are patrolling in a war zone...ok some schools are...lol

As far as the DEAN thing goes - no sympathy sorry. I've seen Deans be Deans for way too long. I'm sorry but everyone should have a fair shot at the position. I mean what the hell - you don't go to college to become a dean!

You can ask for another lawyer from NYSUT if not happy.
As for not talking - the lawyer makes a decision based on how you present yourself.
In all the cases I observed it was clear - if you testify you better do it rigth and be ready for intense cross with a few possible surprises.
I was at one great case. We knew he would be good but also there was worry if he was too good - in this sense - not showing humility because he was so sure of himself. The NYSUT lawyer - who was the best - knew the hearing officer and the DOE lawyer and knew how to navigate. He pratcially pleaded with the guy to show some remorse which was against his nature. He showed just enough - I could see him struggling. But in some cases you can hang yourself. It is true that NYSUT lawyers are less daring or willign to take chances. When it comes to kids they seem to back off - ie - having kids testify for you.

7:15 PM
I may not have gone to college to become a dean- but since then
i have committed 30+ hours on a conflict mediation course, 30 + on restorative pracictes,
30+, on LSci, 30+ on tcis
summer workshops on writing OORs reports.
workshops on school climate,
workshops on PBIS.
i can go on and on

Andrew Cuomo is a snake. That said I will continue to pay union dues. Being an ATR sucks, but I feel better being in a union. All the scabs who don't want to pay can just go ahead and get another job.